Last week I participated in the third (and sadly final!) conference of Communia project, a European thematic network on the digital public domain. The theme of this conference was University and Cyberspace and several of the talks articulated a vision in which universities, academics, and students play a key role in creating, curating and promoting the digital commons.

The panel that I took part in gave an overview of some of the key activities that the Communia project has undertaken — including work that we have been doing on the public domain calculators, which aim to help users find and identify works which are in the public domain in their jurisdiction.

I spoke briefly about the relation between the public domain and open government data — giving a brief introduction to the ‘what’ and ‘why’ of open government data and an overview of some of the many developments since our workshop on reusing public sector content and data in March 2009. 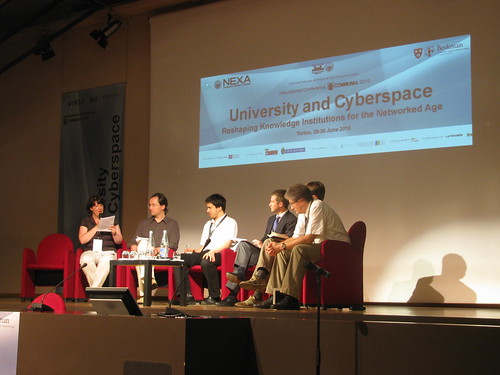