The following post is from Jonathan Gray, Community Coordinator at the Open Knowledge Foundation. It was originally posted on his blog. 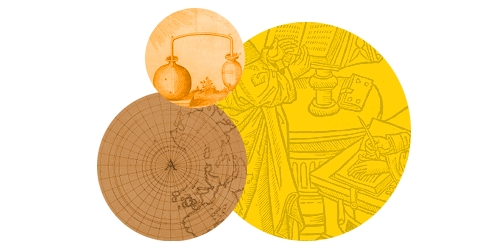 If a text is widely known and published more than a century and a half ago, chances are that it will be freely available on the web to read and download. Every person with an internet connection has access to a vast wealth of cultural and historical material: novels and poems, essays and manifestos, constitutions and scriptures.

As well as accessing and sharing this material, the law says that anyone can translate and republish works which have entered the public domain. But translations constitute new creative works and are hence covered by copyright and related rights, which means that by default they cannot be shared online.

This is, of course, perfectly understandable. There is money to be made from producing new translations of classic works, which means publishers and translators are incentivised to assert their rights. Literary translation is a fine art: translators must unpick constellations of connotation and navigate between the Scylla and Charybdis of fidelity and perspicuity as they reconstitute the work they are translating into its target language. It is natural to reward translators in the same manner we reward authors of original texts – for translations often are new literary works. Things like Seamus Heaney’s rendering of Beowulf, Baudelaire’s Edgar Allen Poe, or Schegel’s Shakespeare testify to this. So if I want to read a work in a language that I do not understand, I must go to a bookshop and buy a new translation. Such is life.

But wouldn’t it be nice if some new translations of public domain texts were freely available for people to read online? If the commercial translations were complemented with a stronger culture of translators sharing the fruits of their labour?

One could imagine this could be encouraged with a mixture of stronger norms and alternative incentives. For example, students could be encouraged to share translations made during the course of their studies. There could be more avenues for scholars and professional translators to publish works which they are unlikely to get a contract to publish or derive income from, such as shorter or more obscure works. And there could be awards, stipends or bursary funds for outstanding translations of public domain works which were freely published on the web.

At the Public Domain Review we’ve been thinking about how a literary translation fund for public domain texts might work. We’re currently thinking:

We’d like to try and launch a small fund to do this to coincide with Public Domain Day 2012. Do you have thoughts about how this could work? Know of anything like it that already exists? Or know people or bodies who might be interested in supporting this? If you have any cunning ideas, please do send me a message or leave a comment below!

6 thoughts on “A translation fund for public domain texts”