The following guest post is by Markus ‘fin’ Hametner, a coder and organizer with a main interest in journalism. He works on an ambitious web journalism project and co-organizes the collide:vienna event series.

A few days ago, I realized that Vienna’s normally-quiet landscape of events in the open data and journalism spaces will be quite active in the next couple of months.

My main interest in open data comes from a Data/Computational Journalism view point, since this emerging form of reporting may provide some of the most potent use cases for open data, but I am sure there are many other connections between these fields to warrant your interest.

If you’d like to learn more about computational journalism, Jonathan Stray maintains a reading list on that topic. Wikipedia also has a good introduction to its subset, data driven journalism.

Anyways, back to Vienna. These are the events I recommend checking out:

This event has the goal of creating an “open space for dialogue between the administration and the internet community” to talk about Open Government, Open Data and E-Participation.
Over 130 People have signed up already and it promises to be as interesting as last year’s event. 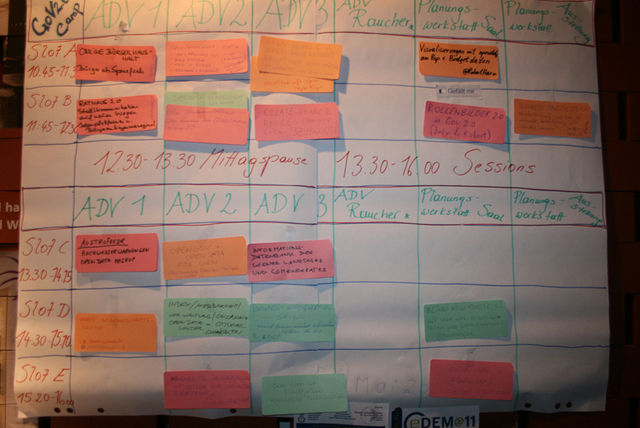 This is the local chapter of the International Open Data Hackathon – Developers, Statisticians, Journalists, Designers and Citizens working together to create interesting Apps, Visualizations or Products basted on open data.

The organizers are planning another motivating feature: Teleconferences with other events participating in the international hackathon. 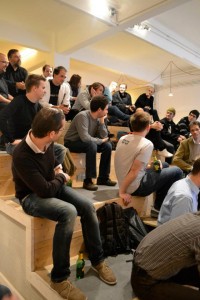 Photo by The Hub Vienna

The local Hackers&Journalists meetup (which I co-organize and is heavily inspired by Hacks/Hackers)
had its first meetup in early November, bringing together about 40 people from both sides of the aisle.

For the second event, we are planning a main talk on data journalism, but all our events also have an open mic where all participants are
encouraged to talk about their own projects for five minutes.

With a little luck, one of these sounds interesting to you and I’ll see you around in Vienna!