Over the past couple of weeks, our resident Data Diva Michael Bauer, and International Community Manager Zara Rahman have been in Chile, Argentina and Uruguay. Their mission was twofold; raise awareness of the impending launch of the Escuela de Datos, our School of Data project in Spanish, and try to find and meet with as many of the movers and shakers in the open knowledge movement in the three capital cities. Happily, it was both a success, and an incredible experience! 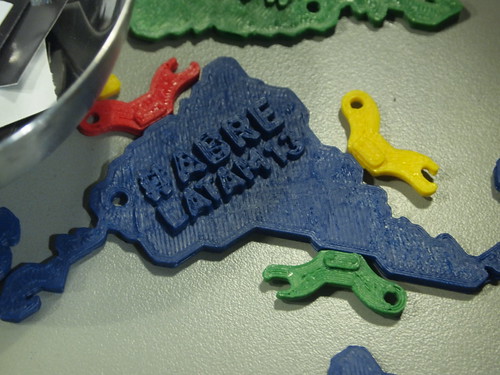 Thanks to Open Knowledge Foundation friend and ally Miguel Paz, their visit here was peppered with activities. Miguel is a ICFJ Knight Fellow and has had a great impact on open data in Chile: he founded both the Hacks Hackers Santiago chapter and Poderopedia, a platform showing who’s who in politics and business in Chile. On Monday 17th, their trip kicked off with a School of Data workshop, looking at data scraping from government websites, organised as a Hacks Hackers meetup and hosted by the University of Diego Portales in the capital city. 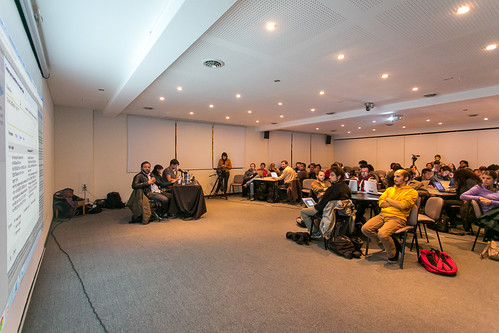 Next up was Data Tuesday, an event where various guests were invited to give lightning talks about their projects; guests included Julio Costa, the head of Open StreetMap Chile, Bárbara Poblete, the founder of Tweets4Science, and Michael and Zara talking about, respectively, the School of Data, and the Open Knowledge Foundation’s international network.

Interest among participants in setting up a Local Group of the Open Knowledge Foundation was high, and we hope to see this consolidated soon; the number of projects and interesting initiatives they came across was inspiring.

Aside from the events, they had the chance to meet up with a number of people and organisations working on relevant projects; Ciudadano Inteligente (Intelligent Citizen), who host the network Desarrollando América Latina (Developing Latin America) who are just getting ready to launch their 2013 event schedule, now including 13 countries in the region, as well as a range of other great projects; Derechos Digitales, working on digital rights in the region; Chile Transparente who, together with Junar, have produced the portal InfoDatos; and ONG Civico, a growing NGO aiming at improving citizens access’ to technology.

The beauty of the global Hacks/Hackers network came into play again here, and big thanks go to Mariano Blejman, Mariana Berru, and Yamila Garcia for taking the time out on a public holiday to organise a School of Data workshop, followed by a Open Data Maker Night (photos here). The projects that came out ranged from organising a network to find lost pets, to seeing if open data initiatives in cities overlapped with city cycling schemes.

Zara also had the chance to talk about our Local Groups network with a group of participants; for those who are interested in keeping updated on the status of OKF in Buenos Aires, please sign up on the discussion list.

The range of people they met in Buenos Aires was huge; hackerspace Garage Lab welcomed them for an afternoon; local TI chapter Poder Ciudadano, took the time out to explain their open data projects, and they went to visit the beautiful new offices/innovation lab of the Open Government initiative from the City of Buenos Aires, who are doing a pioneering initiative on open data in the city (and using CKAN!); team members from Wingu, an organisation focusing on educating civil society on technology,  a couple of members of the team from La Nacion Data, world leaders in data driven journalism, and who went on later that day to win a well-deserved Data Journalism Award. Congratulations!

And then; the event we’d all been waiting for. Day 1 saw the unconference agenda being decided, with a session about growing the international communities, and the decision taken to set up a wiki to try and gather open data initiatives and projects in the region. The wiki will be hosted at Desarrollando América Latina; join their Google Group to keep updated on its progress.

AbreLATAM further marked the launch of the Spanish version of the School of Data, Escuela de Datos, with our collaborators from SocialTIC in Mexico. The initiative was received enthusiastically and we’re looking forward to see the network grow.

Day 2 continued with more in-depth discussion and skillshares ranging from strategic advocacy to more technical parts. After the two intense days all of us left with big smiles and new ideas in our minds. Big congratulations to the team at DATA for organising the event and bringing together such a great group of people from all around the region!

The warmth and welcoming attitudes shown to both during their visit was truly appreciated; we hope to be collaborating more closely with you all in the future!

Zara works with School of Data leading our research and learning, and the 2015 Fellowship Scheme. She is based in Berlin, and can be found tweeting @zararah.