Who pays what for a given country’s natural resources?

With billions of dollars changing hands for access to oil, gas and mineral reserves every year, there is huge potential for corruption, conflict, injustice and environmental destruction around the extraction of natural resources.

We think that information about natural resource revenues should be published as open data, so that citizens can use it to hold politicians and governments to account for how public assets are disposed of and exploited. 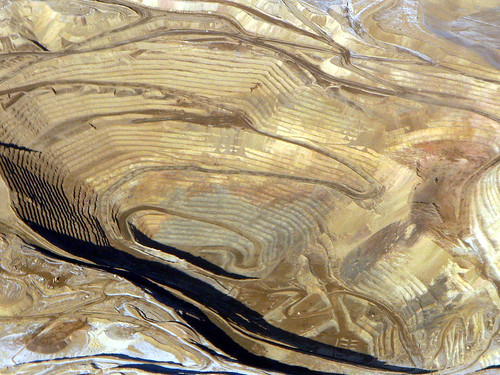 There has been lots of movement in this area recently, partly as a result of discussions and commitments at the G8 summit in June.

G8 countries have agreed to work in concert with developing countries to implement the Extractive Industries Transparency Initiative (EITI), an international standard that aims to secure greater transparency around revenues from natural resources.

The European Union is in the process of amending its 2004 Transparency for Listed Companies Directive, to require oil, gas, mineral and logging companies to disclose payments above €100,000 to national governments for every project that they operate. This echoes provisions in Obama’s 2010 Dodd–Frank act, which require the disclosure of payments related to licenses for the exploration and extraction of oil, gas and minerals.

Will these developments result in high quality open databases about resource revenues?

We hope that these commitments and legal changes become more explicitly connected with the G8’s Open Data Charter, resulting in the full disclosure of resource revenues in machine readable, openly licensed public databases.

Numerous other well intentioned transparency initiatives in the past have resulted in the publication of hundreds of scattered and differently formatted spreadsheets, scanned images or glossy PDFs – which can make it very difficult to follow the money.

For example Financial Times journalists looking into European structural funds, had to piece together information from around 600 documents on over 100 transparency websites in 21 languages. We hope a similar fate does not await journalists and campaigners who want to get a joined up picture of natural resource revenues.

While the Extractive Industries Transparency Initiative covers an impressive $1 trillion of revenue from over 20 countries there are still gaps, omissions and plenty of room for improvement. For example, there are several revenue streams that EITI does not require to be disclosed, such as extra payments stipulated in individual contracts or in ‘signature bonuses’ which can be tens to hundreds of millions of dollars.

Some of the Open Knowledge Foundation’s School of Data team who have looked at the EITI data have commented that the it is difficult to make meaningful comparisons across years or across countries due to lack of standardisation of the information that is published.

We hope this is something that governments and civil society organisations are thinking about in relation to their commitments and advocacy around the Open Government Partnership Annual Summit in London this October.

Why does this matter?

The effective disclosure of information about natural resource revenues is just the beginning of a longer process of engagement and change. We want civil society organisations, journalists and citizens to be able to use open data about resource revenues to improve coverage and campaigning – and ultimately to make decisions around natural resources fairer, more democratic and more accountable.

Many campaigning groups and international organisations have commented that fairer resource revenues could have a significant impact on development, leading to more schools, more hospitals, or better public infrastructure.

I think it is also worth highlighting that while many governments and organisations focus on making natural resource revenues fairer and more transparent (and therefore – de facto – more palatable to citizens and shareholders), transparency in this area is not simply about legitimating resource transactions. Extractives transparency isn’t solely about making citizens happier about companies taking stuff out of their soil because they receive a fairer share of the pie. One very obvious concern is that some of the stuff that is being taken out of the ground – fossil fuels like oil and gas – also happens to be the same stuff that we have to stop burning if we want to avoid dangerous climate change.

Suffice to say that citizens, civil society organisations and journalists will have many different views about what should be done. But whatever their take on extractives is, we think that publishing detailed information about existing revenue transactions as open data is an essential step to enabling citizens and civil society organisations to do more effective, evidence based campaigning and reportage around this issue, which – however you look at it – affects and will continue to affect billions of people around the world.