Energy is fundamental to any development. The National Electricity Company of Burkina Faso (SONABEL) whose task is the generation, transmission, and distribution of electricity in the Burkinabè population, works hard to enable citizens to benefit from this as an important resource. However, it is clear that SONABEL hardly fulfills this mission: hardly a day goes by without a power failure in Ouagadougou. After multiple complaints, which can be found on social networks, citizens have ended up resigning and passively endure the cuts. 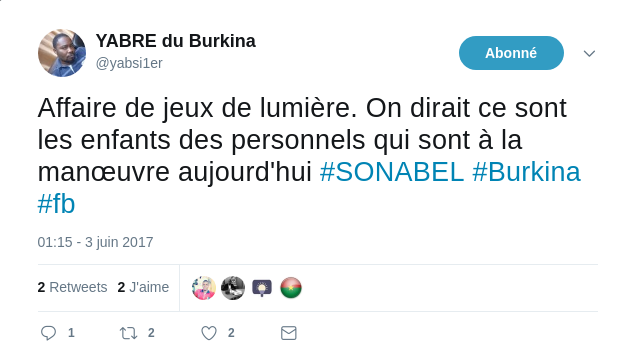 A tweet that compares the electricity supply to light effect

Among these cuts, there are load-sheddings (the deliberate shutdown of electric power in parts of a system to prevent the failure of the entire system), which are due to an insufficient capacity of SONABEL. Other cuts are due to incidents on the transmission or distribution networks.

Regarding load-shedding, SONABEL produces a weekly program, but that is not legible for the citizen. It is therefore difficult for them to know if they should be concerned or not. This decreases the value of the program to the citizens.

Load-shedding program as it is published by the electricity company

On the other hand there is no data on cuts, such as their numbers or their locations, which make citizen advocacy to improve service delivery more difficult.

For better service delivery, the Open Knowledge International local group in Burkina Faso, called Open Burkina, started the reflections since 2015. The idea is to provide citizen support to the efforts of the state. From reflection, a project with three components was born.

Through the mapping, the project intends to represent the load-shedding program on a map to make it more readable. A notification system can be set up to send an email or SMS to the residents of areas affected by load-shedding.

In the case of power cuts, a system will be provided that will notify residents of an area at the approach of the consumption threshold that can lead to a load-shedding. These users will be invited to reduce their consumption to avoid reaching the threshold. We hope that this system will help regulate the consumption of electricity and avoid outages due to power cuts. 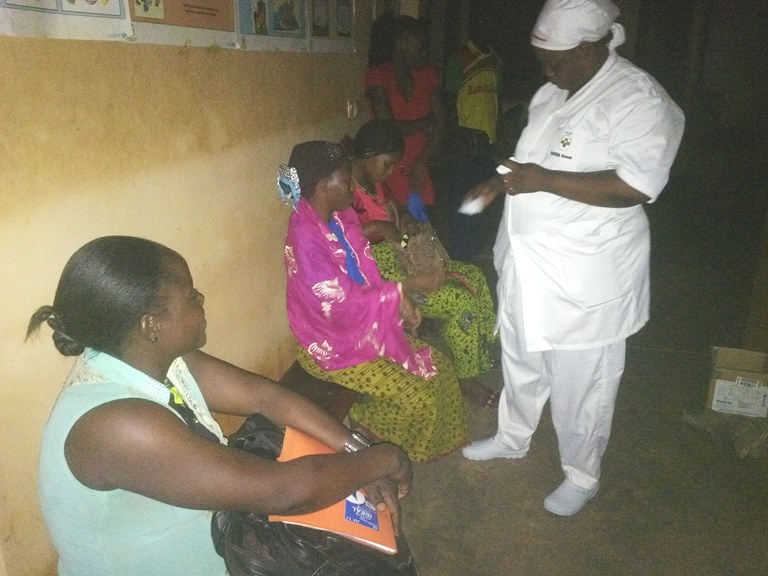 A nurse, using her phone light to receive her patients during a power cut in Ouagadougou. Photograph: Aoua Ouédraogo

Our project was presented for a competitive grant for open data innovators in Africa, launched by our partner ODI in June 2017. Despite more than 80 candidate projects of all African countries, we are part of the three winning projects. Thanks to this recognition, the project will have a £ 6000 (~ 4.2 million FCFA) funding to achieve its objectives.

The project is expected to last three months, and Open Burkina work closely with SONABEL, the IGB, the ANPTIC, Nos3S and the city of Ouagadougou for its success.

3 thoughts on “An update from Open Burkina”

With a background of software engineer, TINTO Idriss became interested in open government in 2012, starting from the observation that the parliamentary work was unknown to the voters. Since then, he has been involved in building the Open Data initiative of Burkina Faso (data.gov.bf) and co-founded Open Burkina, a civil society organization whose objective is to co-build Burkina Faso, in transparency and accountability