For the second year in a row, we celebrated Open Data Day in Río Uruguay. It took place on 3 March 2018 in the city of Paysandú. In this occasion the activity focused on the economical problems that floodings bring, tracking the public funds used to alleviate the damages these natural phenomenons cause.

Argentina and Uruguay are borderlining countries divided by two important natural barriers: the River Plate and the Uruguay River. We focused on the Uruguay River given that in recent years floodings have increasingly affected the population in the coast cities and rural areas. Because of these catastrophes, governments must respond immediately. They need to not only recover production, commerce and tourism in such zones, but also rebuild the basic rights that are affected.

The event was hosted by three organisations that work with data: Datos Concepción from Argentina; Demos from Uruguay; and PODER with their Latin American office. We got interest from the Council of Concepción del Uruguay, the support of Radio Franca and the presence of the Argentinian Consulate in Uruguay, as well as the Paysandú Development Agency, who supported greatly to run the event. We also developed a website for the event, which we will update with each edition (www.datosriouruguay.org)

The event was designed prioritizing the collective activity of participants. We ran a hackathon. Since we had different levels of knowledge regarding the topic, we started with an introduction to open data, why they’re important and how they can be used. Then we showed some practical examples, which were useful to launch the hackathon.

Approximately 30 people were registered for this year. From the event we had two different proposals. Una was generating an “Flooding expenditure calculator” to help local governments manage these catastrophes. The second was to create an information system about the affected territories, focusing on a regional map that allows people to update the information about each zone.

In an agreement with the Paysandú Development Agency, we gave the prize of incubation of the projects. In order to give continuity, we want the winning group (Flooding expenditure calculator) to have the chance to continue working on the project with the support of the organizers.

Tracking the money of contracting public infrastructure in El Salvador

On Friday, March 16, 2018, thanks to the support of Open Data Day, an event called “Track the money of infrastructure contracting in El Salvador” was held, where the following topics were discussed: 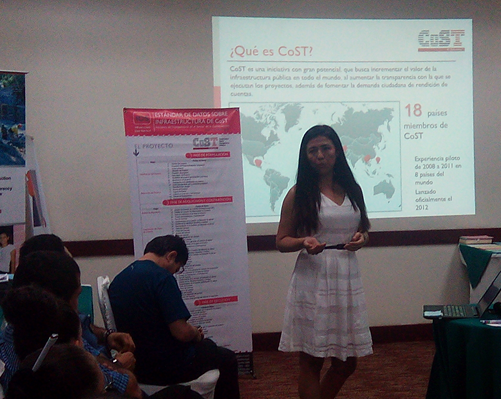 The event was aimed at students and university professors, since it was considered that they can be agents of change to promote a culture based on transparency and tracking of the money of public infrastructure contracting.

On this occasion the event was held in a private university in the country, however, due to the acceptance of the event, it is being negotiated with other universities to provide similar events. In addition to the presentation made, the participants were given a brochure containing information on the subject matter dealt with, in order to try to expand the information. 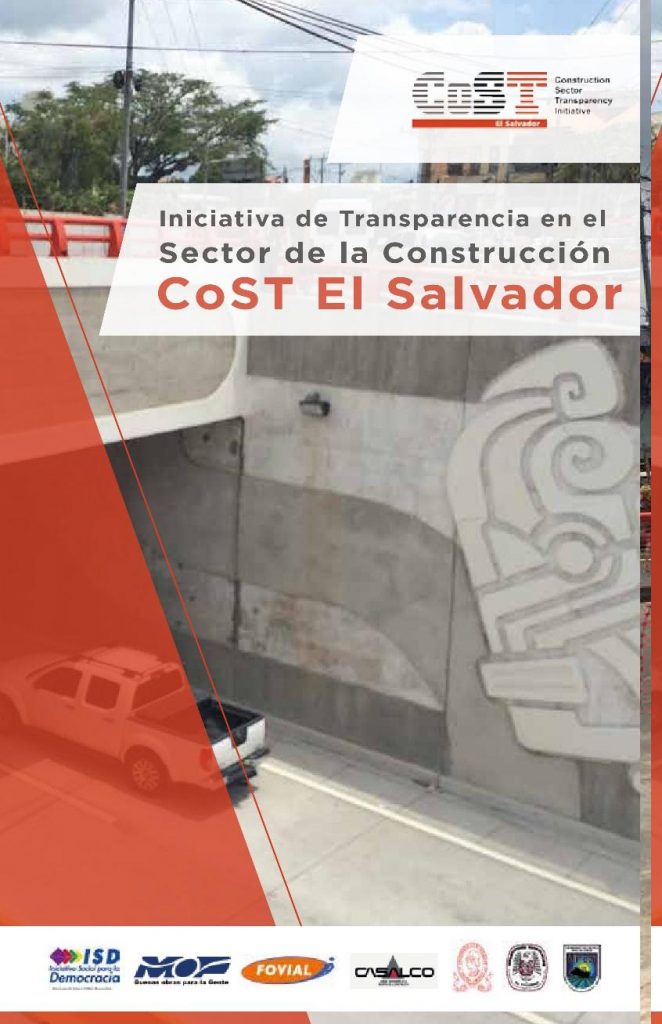 CoST  is an initiative that seeks to increase the value of public infrastructure throughout the world, by increasing the transparency with which projects are executed, as well as encouraging citizen demand for accountability.

One of the main lines of work of CoST is the Assurance Process, which is designed to improve the usefulness of the information that public institutions disclose about infrastructure projects. This is done by means of the verification of the information based on the CoST Infrastructure Data Standard, which is made up of 79 indicators or Data Points that cover all the stages of the construction of a work.

1 thought on “Follow the Money in Uruguay, Argentina and El Salvador”