This blogpost is a report from Datasketch in Colombia who received funding from the Foreign and Commonwealth Office to organise a series of lightning talks from social entrepreneurs and journalists to share their work using open data. 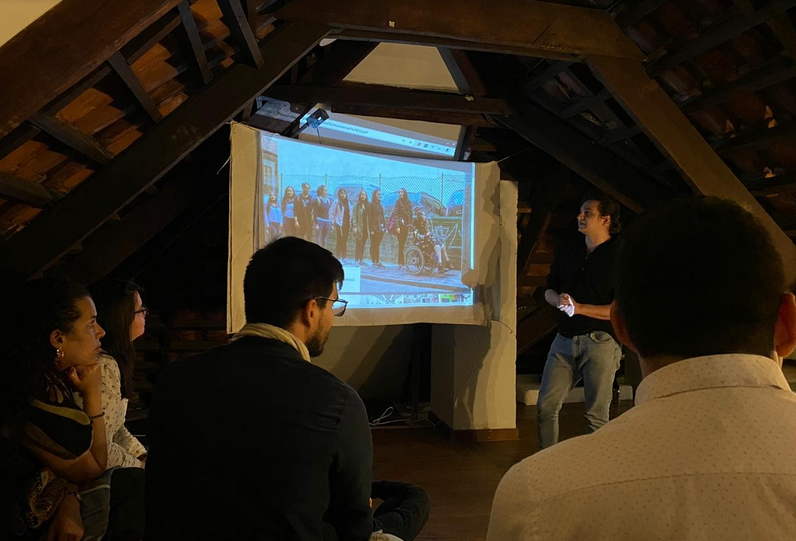 For Open Data Day in Bogota, Colombia, we at Datasketch conducted a series of lightning talks from different organisations and individuals. Around 40 participants gathered to share stories showcasing projects around open data. There was a diverse group of speakers, sharing projects from academia, civil society organisations and even companies and the government.

Participating organisations from the civil society sector – including Transparency for Colombia, Acción Social for Cali and Objectores de Conciencia – gave presentations about their work to decision makers to provide better services for citizens along a wide range of topics. For example, the special Elections and Contracts carried out by Transparency for Colombia and Datasketch provides a technological solution to track the relationships of candidates for popularly elected positions, political parties and their funders/donors. Or Invisible Violence, a project by Conscientious Objectors, tells the stories of women victims of violence by members of national armed forces.

Other projects from a group of lawyers that use data from real state and technologies to improve flows of information in legal procedures to access property registries and a data science company, Quantil, that presented an algorithm with different versions of fairness for school loans.

On behalf of the academic sector, there was representation from the Universidad del Rosario with its Universal Accessibility project, presented by Guibor Camargo to reduce physical barriers for people with disabilities in La Candelaria in downtown Bogota. It used interesting data collection approaches where open data about mobility obstacles is not available.

From the public sector there was participation of the Colombian Ministry of ICT, which presented the Gov.co government platform that provides official open government data and the procedures and services that can be performed online.

We were very happy we hosted the event where we were able to plant some more seeds in the appropriation of open data, specifically for social good, by highlighting so many different projects in five-minute rounds. Attendees were also able to interact and access the collection of physical goods that represent data on different social issues with open from Latin America, from the Colombian conflict violence to gender gaps data.