This blogpost is a report by Lucy Fondo from Map Kibera who partnered with OpenStreetMap Kenya and received funding from Mapbox to empower young people in the Kibera slum (Africa’s largest urban slum) with skills in open mapping. 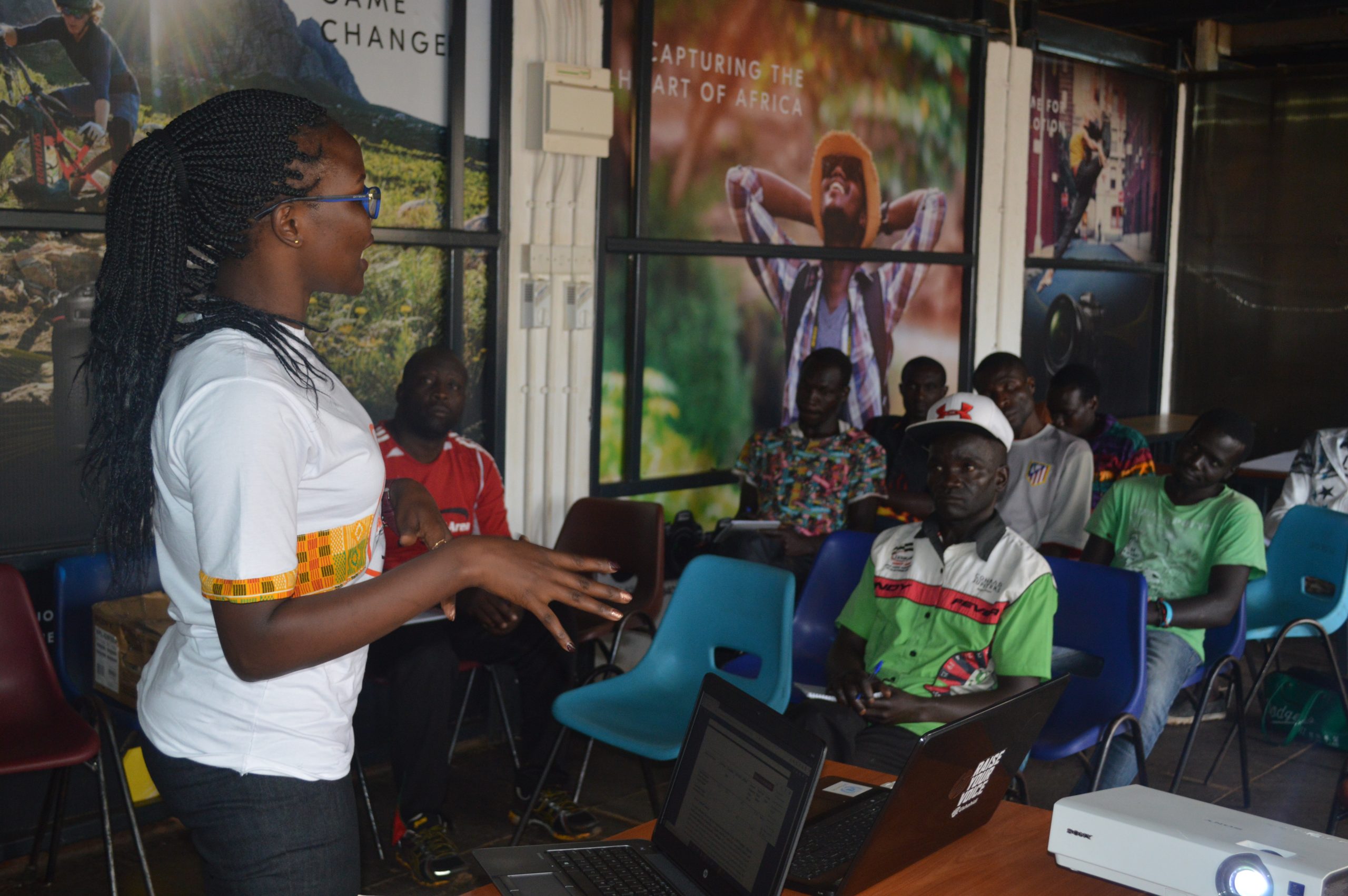 To mark International Open Data Day, Map Kibera took the initiative of hosting a half-day forum in order to discuss open data with partner organisations, community leaders and members not only from Kibera but the larger Nairobi area.

The aim of the event was to try and simplify the concept of open data to the grassroots level, and further promote the use of open data among the community members in order to promote data driven development.

Sharon Omojah represented Open Street Map (OSM) Kenya and explained to those who had attended what OSM Kenya is and the work it does. She gave an example of the mapathon as one of OSM Kenya activities. She also explained the benefits of being a member of OpenStreetMap as more questions were asked about OSM Kenya mission and whether trainees were awarded certificates after OSM trainings. She stated that her team’s mission is to have an updated map of Kenya and yes, certificates are awarded after trainings.

Zack Wambua took the attendees through how Map Kibera started. He explained Kibera was just a blank spot on the government map and there was need to have a detailed map of Kibera to show that there’s life in Kibera, and that’s where Map Kibera stepped in to provide the first map of Kibera, which has since been reproduced thematically. Map Kibera uses OpenStreetMap because it is open and accessible.

Zack talked about Open Schools Kenya, how it can be accessed and the information one can find when searching for a particular school from the website. People could see an example of a printed Open Schools map on the wall. There was a suggestion to map the Kibera population which has been a controversial issue for long.

The attendees also watched a small video made in Kibera asking people on the street about what they know about open data.

The last session of the day was led by myself and I introduced the participants to Maps.Me and OpenStreetMap. I did a step-by-step demonstration of how to map new points as well as how to upload them to OpenStreetMap. Majority of the participants were excited that they are now be able to add new map features of their neighbourhood. Since this an extensive course, there was a request that Map Kibera should organise more training on open mapping of which most participants have already registered for it.

Among the recommendations were organising for more sensitisation forums and further defining open data in a simpler way that can be understood by ordinary citizens. There is also is a need to conduct more training on open data platforms in order to promote open data in the community.

• This blogpost was originally published on the Map Kibera blog