This blogpost is a report from YWCA Honduras who received funding from the Foreign and Commonwealth Office to host a focus group for local women from middle and low income backgrounds to discuss and generate data on female migration in Honduras.

The YWCA of Honduras has been working in data gathering on female migration in order to understand the problems and needs women in Honduras are facing and that make them want to leave their home country in hopes of a brighter future for them and their families.

Honduras has become an unsafe space for women to educate and work freely, violence and corruption limit the populations progress, and specifically places women at the top of the system victims. According to The Economic Commission for Latin America and the Caribbean (CEPAL), Honduras is consistently within the top five countries worldwide in terms of femicide rates. In other words, being a woman in Honduras is almost a death sentence.

In hopes of understanding and getting the word out, on why women in Honduras emigrate, we decided to run two different activities to obtain as much real data as possible. 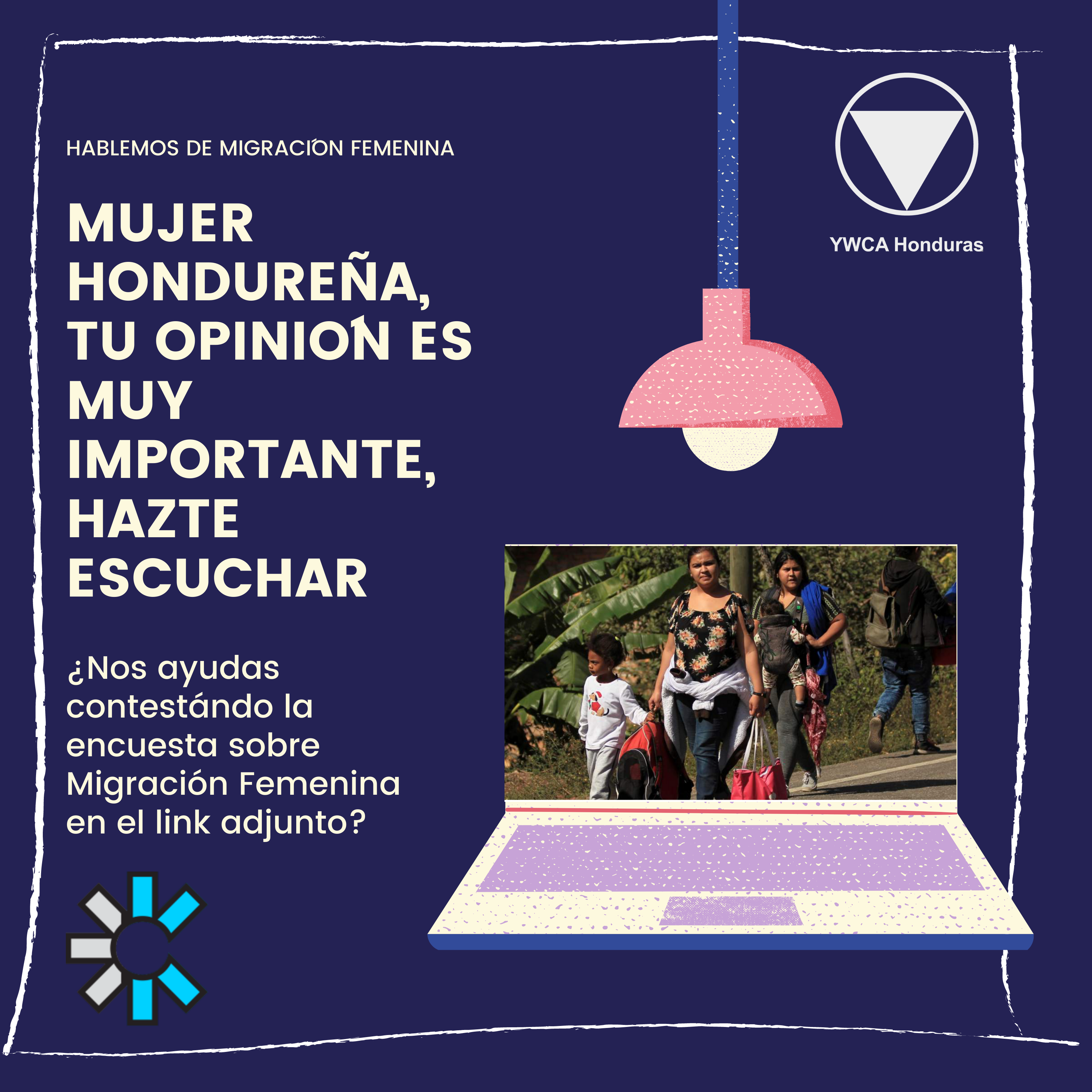 Amid the world pandemic crisis, we designed an online consultation tool to ask women across the country their specific opinion on the circumstances that drive women to leave the country. We received 130 responses from women of ages 18-70, in 16 of the 18 different state departments in Honduras; 69.8% were mothers and belonged to different ethnic groups.

Parallel to this study, on April 4th, we celebrated Open Data Day by conducting an online conversational group, integrated by 11 YWCA leaders and young women from Honduras in 3 different countries, where we discussed our thoughts and experiences around the subject. 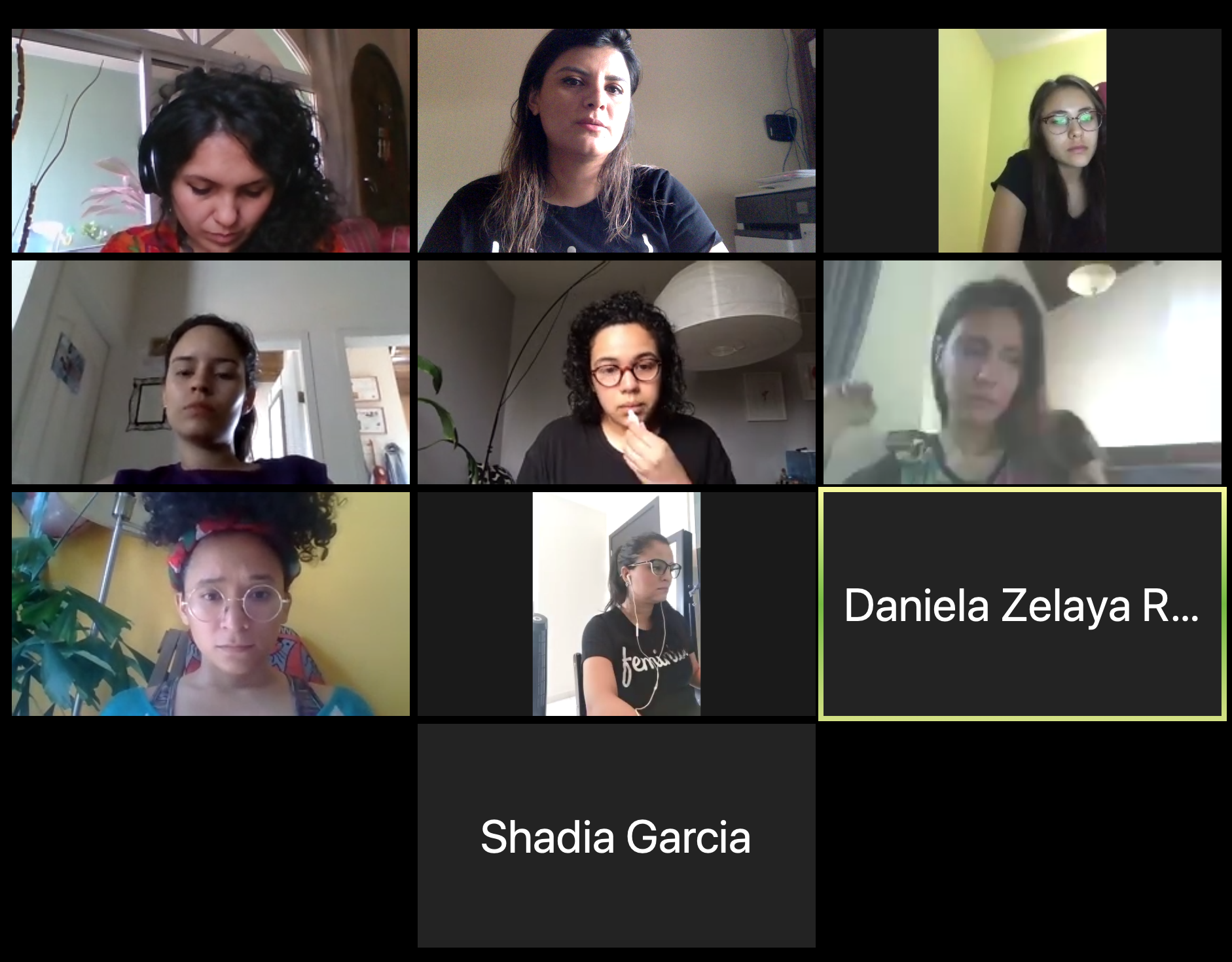 According to the online inquiry, 56% of the women who answered the poll had a college degree or were currently pursuing one, and 74% of these educated women, had an interest in migrating from the country and 37.69% of them were currently unemployed. This clearly shows that even though most of the women had jobs, and superior education, they still considered the idea of searching for better opportunities in a different country. But why is this overlooked phenomenon happening? What do these women need to stay put and create a secure life for them and their families? Without a doubt, the answer relies on the same sources and their opinions shared with us.

Because of the consultation, we are able to gather important information, firstly by understanding the reasons why they want to migrate, and secondly, we found out which factors influenced their decision to remain in the country.

The reasons these Honduran women have for considering migrating were mainly the lack of security and economic development. The lack of economic opportunities, linked with unemployment, corruption and underpayment, was the main reason for reaching out into a brighter future; followed by the violence factor. Women live with fear; they fear for their lives and their children’s lives.

Among other reasons these women have to make them want to leave Honduras, we found gender and age discrimination, the lack of appropriate education and a good health care systems were also important factors for their motivation to leave.

As for their needs to remain in the country and to collaborate to its development, the demands are simple: education, health, security, appropriate fair payments, among other basic human needs.

Honduras is a country rich in culture and natural resources, we believe in the resilience of our women and our people, and we demand power structures inside and out of Honduras to comply with their efforts of transforming the nation into a developed country, a land of opportunities for all.