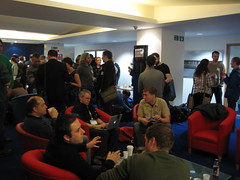 Last Saturday was BarCamp UKGovWeb at the Ministry of Justice. There were plenty of new faces in addition to the usual suspects!

You can see our photos on Flickr and below are a set of rough notes.

Session 3: Show Me The Money