This guest post is from Michel Bauwens, founder of the Foundation for Peer to Peer Alternatives. Michel will be joining us at OKCon 2011 for his talk No Open Society without Open Knowledge, no Open Knowledge without Open Infrastructures.

To understand the reality or illusion behind projects claiming to practice co-creation or co-design, one must look at the polarities of power and control that determine the context in which the co-creative processes take place, with on the one hand the communities of external collaborators, and on the other side, the corporate entities. But before tackling this issue in particular, it may be useful to see the emerging new paradigm of production that is arising out of the new participative processes. 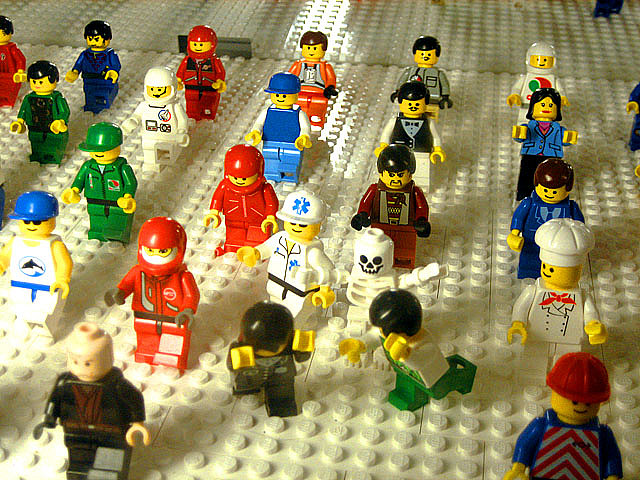 The new institutional reality could be described as follows:

At the core are the enabling collaborative socio-technological platforms, that allow knowledge workers, software developers and open design communities to collaborate on joint projects, outside of the direct control of corporate entities.

Interesting questions already arise here: who is the driving force behind the creation & development of such platforms? They can be initiated by developing communities, managed and maintained by a new type of non-profit institution (like the FLOSS Foundations), or they can be corporate platforms that have been opened up to external participants

Around the corporate platform is the open design community and the knowledge/software/design commons ruled by a set of licenses which determine the particular nature of the property.

Interesting questions here are: Is it a true commons license like the GPL, a sharing license like the Creative Commons where the stress is on the individual sovereignity in determining the level of sharing that is allowed; or is it a corporate license, giving very limited rights, or even with outright digital sharecropping, i.e. the expropriation of the totality of the creative output reserved for usage by the organizing corporation?

Around the commons are the entrepreneurial coalitions that benefit and sustain the design commons, create added value on top of it, and sell this as products or services to the market.

Important questions raised here are: how is the coalition itself organized? Do all parties have equal say, as in the Linux Foundation, or does one big party dominate, like with the Eclipse Foundation and IBM. How does the business ecology relate to the community. Is is nothing but a corporate commons?

In addition, there is a funding infrastructure.

What is the process governing the stream of returns from the monetized market sphere, to the commons, its community, and the infrastructure of cooperation? Do businesses support the community directly, through the foundations? Is the government or a set of public authorities involved. Are there crowdfunding mechanisms?

THE FIFTH LAYER: THE PARTNER STATE AS ORCHESTRATOR?

Finally, there is the role of public authorities and governments in orchestrating the public-private-common triad in order to benefit from the local effects of the new networked coopetition between entrepreneurial coalitions and their linked communities.

In the not so far future, wealth building or sustaining capacity will be determined to a large degree by the capacity of cities, regions and states to insert themselves within the global coopetition between different enterpreneurial coalitions (think drupal vs. joomla, but on a much larger scale).

OVERVIEW OF THE MAIN MODELS

When we look at this set interlocking triad (community – foundation – business) or quaternary structure (if public authorities are involved), we can now distinguish at least 3 main models

A good illustration of the various possibilities is Lego. Lego still operates as a classical producer of toys, selling to consumer; in Lego Factory, it has its crowdsourced environment, where co-designers can take a cut of the kits they succeed in selling; the new Lego World virtual environment is a sharing environment; finally, Lugnet is true commons-oriented peer production, happening outside the control of the company altogether.

Here are ten different co-creation modalities, depending on the polarity of control between peer producers and the corporate entities:

The first five are written from the point of view of corporate entities, wanting to engage with productive communities:

In the next set, the control moves towards the communities:

You can register for OKCon 2011 here