After several months of hard work, we are glad to announce the official launch of OpenSpending and turn to everyone interested in government accountability and financial transparency to help shape the future of the project.

The OpenSpending project will make it easier for the global public to explore and understand government spending. Our developers have already imported a range of datasets, including projected budgets from the European Union, detailed spending data from the UK Treasury, and smaller datasets such as the UK’s Barnet Council local budget.

The project will also integrate with Spending Stories, our Knight News Challenge-winning project, allowing narratives and explanations to be woven around spending data. 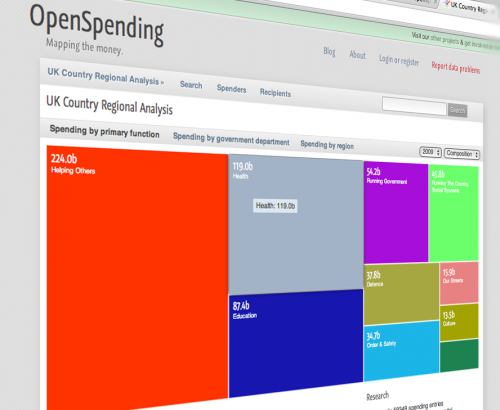 What can you do with OpenSpending?:

At present, the OpenSpending interface allows you to: 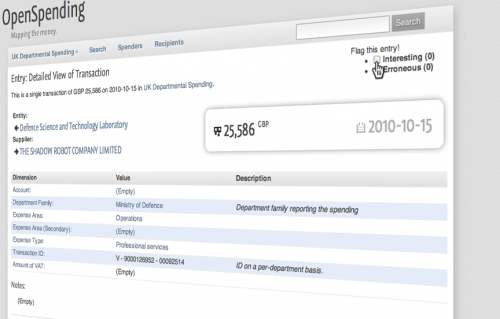 The vision for OpenSpending:

Our long-term aim is to track every government and corporate financial transaction across the world and present it in useful and engaging forms for everyone from a schoolchild to a data geek.

Much like OpenStreetMap, we want people to be able to add to this database easily, using information from places and organisations of interest to them. We hope that the ease with which citizens can obtain budget data from local governments will continue to increase, and OpenSpending provides a platform for them to store and visualise it for the benefit of everyone in their community.

OpenSpending already provides an interface to your data, but we also aim to provide a white label service for custom sites such as Where Does My Money Go, built to allow UK taxpayers to understand where their government spends public money.

But the most interesting features of OpenSpending are yet to come and we want your input!

Whether you want to tell spending stories, enhance data journalism, or tailor the platform for use as an educational tool, we would like to hear from you. We want the users of OpenSpending to be able to annotate entries, group them in ways meaningful to them and write extensions to make the platform their own. Please post your comments and ideas to the OpenSpending mailing list.

We envisage that OpenSpending will spawn a community of budget analysts of a new kind. More data-literate citizens are citizens who demand more from their government and we hope that the tools and practices we are building and exploring will also lead to better informed decisions from governments themselves! 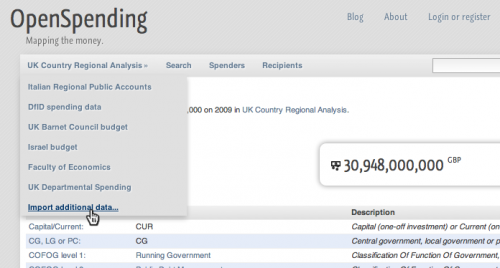 This is an incredibly ambitious project and there will be plenty of opportunities to get involved, so whether you are a developer, a data journalist or a proactive citizen, interested in how your money is being spent, we want to hear from you!

You can register you interest in getting involved via this form. Simply fill it in and we will get back to you as soon as we can.

In addition you may be interesting in taking part in the pre OKCon OpenSpending workshop on 29th June in Berlin.

One thought on “OpenSpending goes live”