The following post is by Francis Irving, CEO of ScraperWiki.

Now it seems almost normal that red in tooth and claw competitors, like Microsoft and Google, are both major contributors to the latest version of a popular open source operating system kernel.

Businesses are gradually realising they can share the costs of anything based on intellectual property which isn’t key to their business advantage. For example, this year Facebook opened up the hardware designs of their data centres.

Governments are struggling forwards and backwards to open up data about their work, ultimately to gain similar efficiencies and strategic advantages.

What about companies opening data? 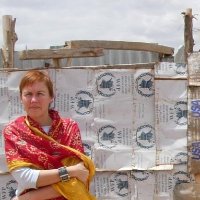 On the right is Hannah Jones. She heads up Nike’s Sustainable Business and Innovation group. Yes, the trainer company.

She’s backed in what she does by Nike’s seemingly very forward thinking CEO, Mark Parker. He previously set up GreenXchange, for better sharing patents related to the environment (detailed writeup, scraped list of all the patents).

Nike have a surprisingly long history of releasing data. Back in 2000, they started publishing a list of all their contracted factories (scraped list by Selena Deckelmann) and related audit information. The aim? To improve their factory working conditions, both by improved scrutiny of Nike’s own measurement systems, and by enabling direct on the ground inspection and campaigning by activists.

Recently Nike have shifted it up a gear. They’re lucky to be based in Portland in the US, where there is a rampant community of open data activists. Following a strange story of an advertising agency, a sort of startup incubator and a hack day, back in April Nike started advertising to recruit a “Code for a Better World Fellow”.

Anyone reading this blog will find the description in the job advert strangely alluring.

The ideal candidate will be part developer/programmer, part researcher, part designer, part business analyst. He or she will have demonstrated expert experience with databases, programming in multiple languages, in visual design and with statistics. He or she will have an understanding of the existing open data communities and networks of visual designers and researchers who love data.

Why do they want this person? You can piece the broad picture, but not the details, together from the job advert and an article in Forbes.

Not terrified of bad PR due to human rights violations like in the 1990s (“Nike suffered from these blows, losing contracts and its good rapport with many consumers“). 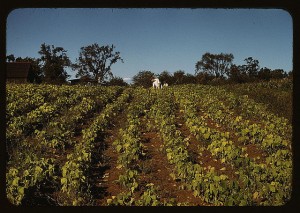 Terrified that there won’t be enough water to grow cheap cotton. Terrified that oil prices will continue to shoot up, and they won’t be able to afford international shipping. Terrified that the delicate, beautiful-if-flawed civilisation that we’ve built won’t last in a form where enough people can afford to take part in organised, well equipped sport.

Some of those problems can only be fixed by changing entire supply chains. For example, someone told me that cotton recycling will only work if all their competitors, with whom they share upstream factories, also change to it. Doing that well requires sharing data, and helping others know your data about the scale of the difficulties.

Some of those problems can only be fixed by the invention of new products and services. Startups radically disrupting things – startups that will be more likely the more people understand Nike’s problems.

They want to release data to get:

Disruptive, radical, jaw-dropping innovation. Innovation we cannot imagine. That kind of innovation is not going to come only from within.

That quote is from the job advert again.

Unfortunately the bad news is that Nike have made their hire, so you can’t apply for it. The good people at Code for America helped them do their recruitment.

Who have they hired?

It’s barely leaked out onto the Internet (you can spot it in here, an announcement of an event on the 6th August that you must go to if you are in San Francisco). So, dear reader of this blog post, you’re the first to know.

You might recognise the name, he invented the wiki.

3 thoughts on “And so corporations begin to open data…”