The following post is from Jonathan Gray, Community Coordinator at the Open Knowledge Foundation. It is cross-posted from jonathangray.org. 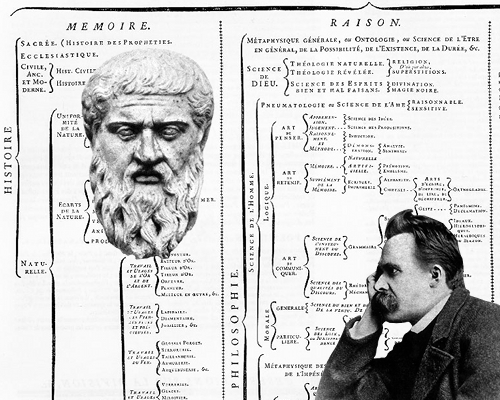 For several years I’ve been meaning to start OpenPhilosophy.org, which would be a collection of open resources related to philosophy for use in teaching and research. There would be a focus on the history of philosophy, particularly on primary texts that have entered the public domain, and on structured data about philosophical texts.

The project could include:

The project could also include a basic interface for exploring and editing structured data on philosophers and philosophical works:

While there are lots of (more or less ambitious!) ideas above, the key thing would be to develop the project in conjunction with end users in philosophy departments, including undergraduate students and researchers. Having something simple that could be easily used and adopted by people who are teaching, studying or researching philosophy or other humanities disciplines would be more important that something cutting edge and experimental but less usable. Hence it would be really important to have a good, intuitive user interface and lots of ongoing feedback from users.

What do you think? Interested in helping out? Know of existing work that we could build on (e.g. bits of code or collections of texts)? Please do leave a comment below, join discussion on the open-humanities mailing list or send me an email!

1 thought on “Ideas for OpenPhilosophy.org”