Switzerland is one of our incubating OKFN:LOCAL chapters in its last stage before full incorporation. Its core group of organisers, a talented collaboration from Geneva and Zürich who also founded http://OpenData.CH, are planning an Open Data Conference in Zürich on June 28th. Here’s a hello from Hannes Gassert and Andreas Amsler regarding the state of things in Switzerland, and why they believe their nation still needs more open data.

Switzerland is often cited as a model democracy. It does indeed have one of the most participatory systems, but, most notably, doesn’t have any Open Government Data policy to speak of. Why is that? Will it change? Let’s take a look.

It all seems rather obvious: in a small country where knowledge is the only resource to work with, opening public sector information as a commons for everybody clearly is sensible policy. And of course direct democracy is only as good as the information we have on the implementation of our common decisions, for adequate participation we clearly need adequate transparency. Obviously. Still, that is not what we practice in Switzerland today. 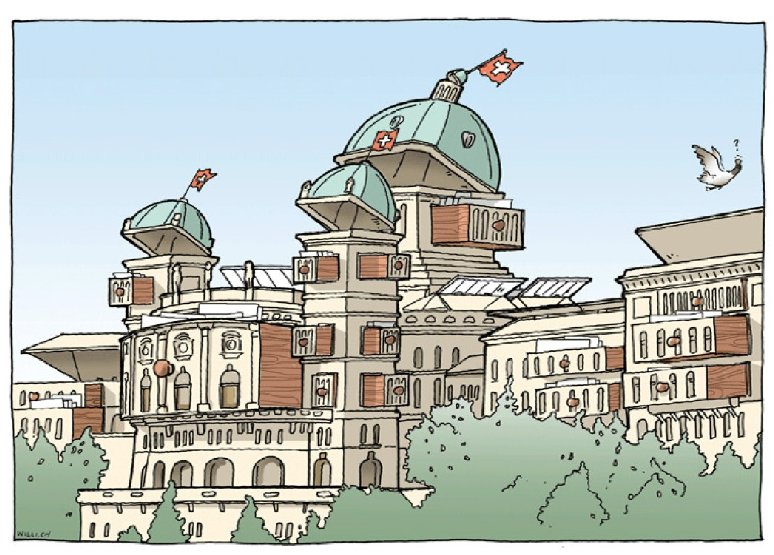 Sure, we do value privacy here – but privacy is for people, not bureaucracies. Sure, we have a system built for the long-term, for well-balanced compromise, not one for jumping the bandwagon for the latest fad or for grandiose initiatives by splendid spendthrift presidents – but can making data accessible be anything but decent, reasonable and neutral? And yes, sure, information technology moves fast and we prefer things to go rather slow and steady, but wasn’t the Web invented here, aren’t the worlds biggest IT corporations doing research on the shores of our lovely lakes, shouldn’t we move now?

Well, perhaps -and without cynicism- we just want to do things right. We want a clear plan, proven benefits, no experiments, no innovation for the sake of it. Maybe things just take more time in Switzerland, more time to come out not as an experiment, not in beta, but authoritative and reliable as our proverbial Swiss watches.

Somebody though has to take the risk of proposing and trying out new things, of going there and see what happens, of talking to people about things that might actually just work. For Open Government Data in Switzerland that role is taken by Opendata.ch, a small band of entrepreneurs, activists, civil servants and journalists about to join the Open Knowledge Foundation as their new Swiss Chapter.

Over the last two years they have been building awareness, alliances and considerable political clout, resulting in a number of parliamentary inquiries as well as a significant number of well-attended local events, from developers to designers, from policy makers to business leaders:

These grass-roots efforts were complemented by policy work on the federal level:

Further events are planned, hackdays on open transportation data (30/31 March 2012), open health data (fall 2012) as well as the second edition of the big Opendata.ch conference in June 2012 in Zürich, Opendata.ch has all the latest updates.

Taking a step back from all the successful events, from all the good news surrounding manifestos and motions and the slow official response, we Swiss seem to stand at a crucial point in the journey to upgrade our famed political system. Leveraging information technology to increase both transparency and ensure the highly participatory nature of our political setup can make all the difference in making sure that our direct democracy remains sustainable, adapting constantly to the changes in society and technology.

If we manage to do that in the months and years to come, using our political system so well geared toward sustainable solutions and abhorring quick shots from the hip, and implement sensible PSI policies we might well reap the ample fruits of a renewed “direct data democracy”.

But in the meantime Opendata.ch will continue to convince public servants and policy makers one by one – with both arguments and apps. What would you do in our place? 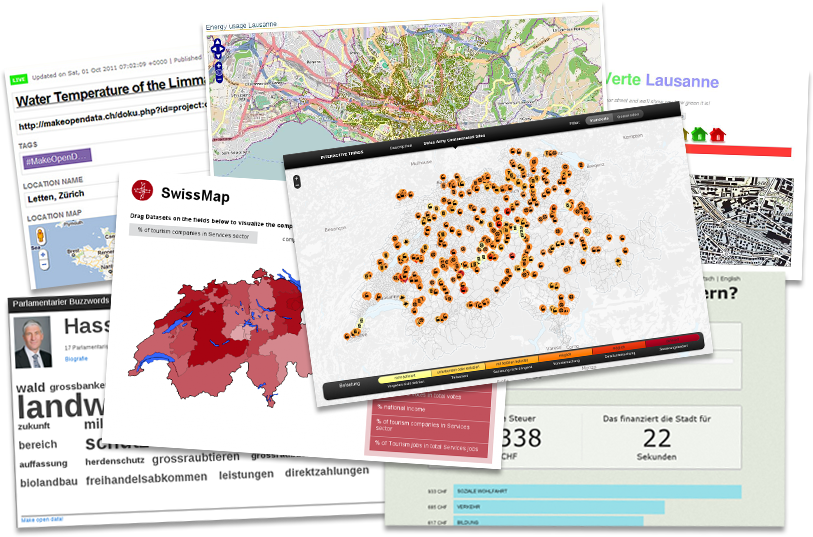 3 thoughts on “Does Switzerland have no need for Open Government Data?”