Although “democracy” means “rule by the people”, history has known few cases of such a form of government. In the vast majority of cases “democracy” is used to refer to a representative form of a government, in which citizens delegate their political rights to elected officials. As a result, representative democracy leads to bureaucratic establishment.

The emergence of modern Web 2.0 technologies based on active participation, cooperation and
collaborative principles, has not only changed understandings of Web content as a mass
consumption product. It has inspired a belief that the limitations of traditional government
frameworks could be eliminated by means of electronic participation technologies. 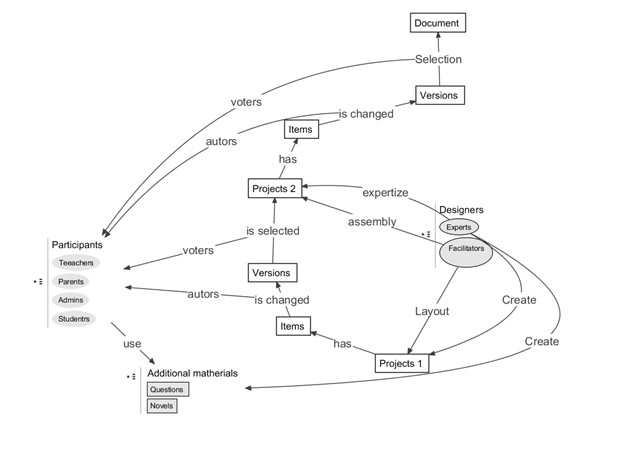 Fig 1.The general mechanism of collaborative lawmaking for the Russian Law on Education

Participatory law-making sounds like a pretty radical direction for Open Government, and you might be surprised to learn that it’s been establishing an especially strong foothold in Russia. Starting in 2010, a number of collaborative projects for the improvement of Russian Federation legislative
proposals have taken place, including work on proposals for education, a very controversial fisheries bill, and laws around Social Services. These projects have attracted up to 6000 collaborators each, and represent one of the most successful endeavours in citizen participation in legislative process. 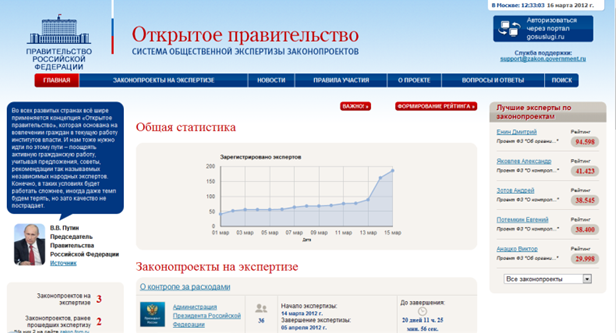 Based on the Wikivote platform, the zakon.government.ru site was launched on March 1st, 2012, providing system for the public examination of draft laws of the Russian Federation. Three weeks later it already has 327 registered users and 3 draft bills to inspect. Every Russian citizen or foreign national can submit their version of the draft law article, and vote for or against versions submitted by other participants.

This model of participatory democracy suggests a transition from a culture of political rhetoric to a
participatory culture built on crowdsourcing principles. Such a culture is based on attracting
the open network community to participating in creative and collaborative problem solving.

There have been several unsuccessful attempts to engage the network community in the
lawmaking process. Those attempts have often been based on a naïve belief that publishing draft
laws on the Web and inviting everybody to come and comment will automatically aggregate
knowledge and improve the quality of the document. To the great disappointment of organisers and participants alike, this generally results in thousands of comments that cannot
be aggregated in any way. Only very few of the comments are actually valuable, and even
those drown in the information noise.

Soliciting citizens’ expertise in law and regulation making processes requires special efforts
towards network community building and the use of technologies that allow aggregating
socially dispersed knowledge. To implement this
idea we used Wikivote, our platform for collective improvement of structured legislative
documents and building an expert community in the Democracy 2.0 framework. We’re calling
these initiatives “Lawmaking 2.0”, by analogy with similar projects in the field.

We aim to create a collaborative environment for collaborative creation, improvement and
promoting draft laws within public and legislative projects.

So what are the principles of collaborative legislation (in our opinion)?

We’d love you to get involved, and also to hear your ideas about the project!

1 thought on “The public examination of draft laws: Lawmaking 2.0 for Russia”