Brighton was buzzing with wise, whacky and innovative ideas for Open Data on Friday – even more than usual – as about 150 people converged on the city for the first Open Data Cities Conference. So passionate was the organiser, Greg Hadfield, about the potential of Open Data in cities that he gave up his job at the start of the year to work full time on the ODCC, and the fruits of his labours were apparent in the seemingly endless roster of first-rate speakers.

The conference was supported by the Open Knowledge Foundation, and Laura James, a Foundation Co-ordinator, spoke in the afternoon about the emerging need for Data Management Systems. She made the case that Open Source DMS’s like the OKF’s CKAN are a good fit for open data: by freeing data publishers from reliance on one provider, they ensure sustainable open data in the long term.

With such a hectic succession of speakers there was a lot to digest, but looking back, some themes emerge from the day. One thread that emerged repeatedly was that, for both data and cities, collaboration is key. Charlie Stewart and John Shewell of Brighton and Hove City Council first struck up this theme, saying the aim of Brighton’s Open Data policy is to enable more active involvement from citizens. Lean Doody of Arup praised cities as spaces that increase the potential for collaboration and hence for innovation and productivity. Leigh Dodds, CTO of the lead sponsor Kasabi, in a historical tour-de-force covering Robert Hooke’s part in the piecemeal surveying and rebuilding London after the Great Fire of 1666, argued that the present-day tidal wave of data is a modern counterpart of the Great Fire. Now as then, grand top-down solutions are doomed to fail, and data hubs must become collaborative enterprises where anyone can bring as well as use data – like the CKAN-powered DataHub or indeed Kasabi‘s own offering.

Information is power, and another theme that emerged was that of self-determination – of giving people control. Drew Hemment founded FutureEverything, the techo-art festival in Manchester that was part of the drive behind the brilliant (and CKAN-powered) datagm.org.uk. Drew told us he’s suspicious of arguments for Open Data based on transparency. (It’s interesting that transparency was not noticeably a theme of the day.) His interest in Open Data is in giving people control. John and Charlie had hit exactly the same note earlier, noting that that millions of people want more control over decisions that affect them, and asking, ‘How do we unlock data so citizens can influence decisions before they’re made?’

The process of opening data also came under scrutiny, with speakers emphasising that it is never a once-for-all affair. The advice from Tom Steinberg, founder of MySociety, is to pay close attention to incoming requests for data so that you know what people want – even if those requests are coming to somebody else in the organisation. Emer Coleman of the Government Digital Service – and former Open Data champion at the Greater London Authority – told data publishers to ‘get ugly early’: release early and iterate, improving the data as you go. And Ian Holt of Ordnance Survey spoke about OS’s experience of releasing mapping data: they have an ongoing engagement with users such as the Geovation Challenge, though they would still like to know more about how people use their data. I’d met Ian before, on one of the excellent Open Data Masterclasses that are another part of OS’s ongoing user engagement.

Tom and Emer also both touched on the resistance to getting data out in the open. Emer pointed out that this often comes from officials fearful of the consequences – rather than from any considerations of the public weal – even though politicians, who have more to be fearful of, are often in favour. Tom gave some helpful tips on overcoming resistance to releasing data: officials are more receptive to the argument that open data will reduce their workload, for example, than that it will shine a light in dark corners, which may be just what they fear.

Tom knew whereof he spoke, having found himself unexpectedly at the head of a criminal organisation simply by trying to build useful stuff – which back then meant stealing data that now is freely available, partly thanks to his efforts. The creative power of Open Data was of course another theme that reoccurred throughout the day. As Laura James reminded us, the best use of your data will be made by someone else – when the OKF’s site wheredoesmymoneygo.org was experimental, it was often down, leading to enquiries from HM Treasury who found it the most useful way to look at their own data! Lean Doody gave examples in the area of smart cities, including a bus app in Sydney so wildly successful it had to be withdrawn after a couple of weeks because the data provider couldn’t cope with the web traffic. Bill Thompson gave a glimpse of where the ongoing work on the BBC archives might lead. (Are you visible in a pushchair in a street shot from a soap opera when you were 2? Imagine if you could search and find out.) And Jonathan Carr-West of the Local Government Information Unit, quoting the French theorist Bordieu for extra street-cred, said that data is a major new field of exchange – a role the city has traditionally filled – and that Open Data must permeate our habitus and doxa if we are to find solutions together to such existential human problems as world hunger, climate change, resource shortage, ageing and war.

The last word, fittingly, went to Greg Hadfield, who recalled the early days of the internet – 1995, in fact, when he and his teenage son launched Soccernet, to general derision (‘would why anyone get football results from a computer when they can use Ceefax?’) Four years later it was sold for £40 million – ‘We didn’t get the money’, he lamented in an aside (not that he’s done too badly since). As then with the internet, so now with Open Data, Greg sees whole new possibilities open up – and he is determined that communities and cities, and Brighton in particular, should be in the lead.

For other perspectives on the ODCC, see here, here or the amazing live blogging from the day here. 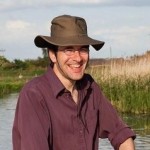