This is post 4 of 5 in the Open Data India series, following Lucy and Laura’s visit to India to learn about the challenges and opportunities for open data. Read previous posts from Bangalore, Chennai and Mumbai. 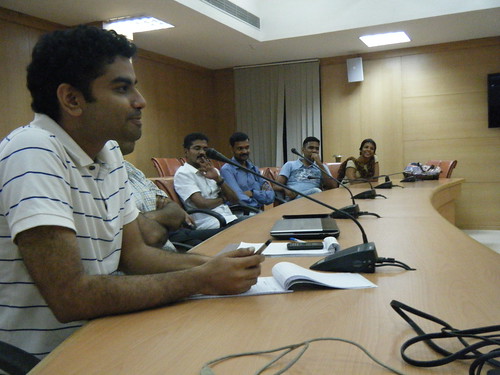 Our final stop in India was Delhi. Several people had told us that Delhi was the ‘policy capital’ of India, which seemed a fitting finale to our journey. By the time we arrived, we were excited and intrigued about who the meet-up would draw.

Our meet-up was held at the National Institute of Public Finance and Policy (NIPFP). Entering a room full of microphones was daunting for a moment! But the warmth of the group shone through, and soon everyone was participating freely in the intense discussion that characterised all of our Indian meet-ups.

The group was perhaps the most diverse that we encountered. It included Wikimedians, academics, people from NIC, NIPFP and ICAR, as well as someone from the FOSS community, members of Accountability India, open access advocates and others. We were also pleased that the gender balance was much more equal in Delhi!

The suggestion of holding a meetup had been bubbling under the surface of the Delhi NGO scene for quite a while. Agendas had been drafted but the meetups had never taken place. Building on the discussions in Bangalore, Chennai and Mumbai, we were asked whether the purpose of the meeting could be to try and find ‘solutions’ to some of India’s issues surrounding open data.

Encouraging the group first to highlight the problems they had encountered, we promised to share our experiences and how we had seen similar issues tackled in other places. So what were the issues? 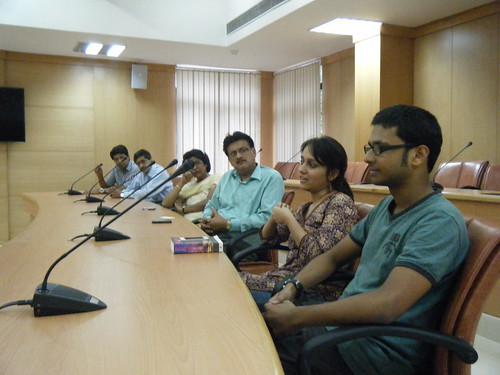 The Wikimedia community in particular had much to contribute based on their own experiences. They shared anecdotes about how politically charged certain topics could become in India – e.g. when a map incorrectly displayed the national borders around India provoked tensions with neighbouring countries. They also detailed some of the more unusual dilemmas they had encountered. What, for example, is the copyright situation if you take a picture of a monument in the street?

There was also some interesting discussion about whether data had a ‘release’ period, where, like a work of art or literature, it would pass into the public domain. We speculated that that would depend on contractual agreements and the nature of the data concerned, but if you can shed any more light on the situation regarding this in India (or elsewhere), please do get in touch!

Conversations still to be had…

The discussion left us with many threads to follow up as topics for the next meetup, which we hope Chirag and team will be organising in a couple of months. Keen to get things moving quickly, various options for the next meeting were floated. These included formulating a list of demands from CSOs towards government, discussing open data standards, understanding copyright (formulating a list of questions and attempting to get them answered), dealing with authenticity of data, an introduction to open data in an Indian context and the benefits of open data for education and research.

We touched on many of these topics briefly, but two hours was just not long enough to cover them all. Although the conversation was still flowing, we did eventually have to let people get home!

It would be great to hear of this group meeting again to explore some of these areas further. Do join the India mailing list to stay in touch. 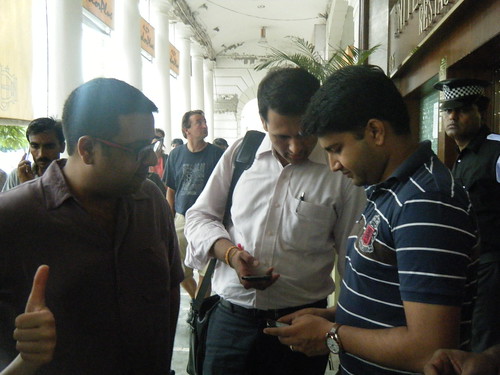 We had scheduled the ‘official’ Delhi meet-up on a Thursday evening, but a mid-week meet-up – particularly on the eve of Krishna Janmashtami! – didn’t work for everyone. Some people who had been unable to attend the meet-up told us that they were free over the weekend, so Lucy and I decided to hold an informal ‘open table’ at the United Coffee House on Saturday afternoon.

Chatting over a plate of Dilli chaat (sadly not actually bought on the street!), we heard much to excite us about the future of open data in India. There were ideas for an ‘Open Access Week’, plans to start collecting the data submitted in response to RTI requests, questions about promoting data journalism and plenty of enthusiasm, inspiration and fresh ideas. Watching new friends swap numbers after the meeting, we were sorry to be leaving the community that had so warmly welcomed us – but we hope that the conversations will continue both online with us and offline without us.

In the next post, Lucy and I will showcase some of the organisations that we met whilst in India, and explore some of the open data projects that we witnessed. 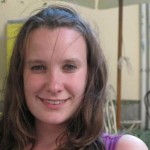