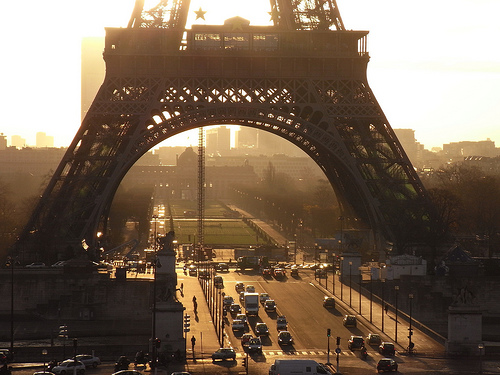 France already has a vibrant community of Open Knowledge advocates and associations such as La FING, Libertic and Regards Citoyens, actively promoting the use and reuse of Open Data among other Open Knowledge principles.

By establishing the OKFN in France, we aim to reinforce and broaden the current national Open Knowledge community by acting as a focal point for OKFN activities in France, as well as to help promote French initiatives in the international OKFN community.

We are therefore delighted to announce the creation of the incubating National Group OKFN France with an initial meeting (12/12/12) at the collaborative innovative tech environment of La Cantine in Paris.

The French government launched its national Open Government Data initiative one year ago. The Etalab team behind data.gouv.fr did a pretty good job, opening some key public datasets such as national statistical data, national budget, and election results under the French Open Licence, and establishing Dataconnexions – a community of practice for innovation to support sustainable projects. Transport data is also becoming available, thanks to intiatitives from the national and Parisian train operators. But work definitely isn’t finished yet, and a few days ago, the new government announced Etalab would be merged into a new general secretariat for the modernisation of public administration.

The government reassured the public that it will continue its mission to provide free access to open government data, and that it will publish a new roadmap by the end of the year. But it also conceded some key datasets were still missing and that there was not enough reuse of open data. According to the Open Data Census, datasets such as Government spending, National postcode, Legislation, Company Register and National Map data are still unavailable. And France is still not a member of the Open Government Partnership Initiative, the multilateral initiative launched in 2011 with the aim of improving transparency and increasing citizen participation in national governance.

We plan to work with all Open Government Data stakeholders to show the value of open data reuse and promote open data standards.

France has been a strong player in the Open Access movement, being the first country and having the first university (University of Lyon) to sign the Berlin Declaration. According to the UNESCO, there are currently 70 Open Access repositories in France, most of which are institutional. The most famous of these repositories is HAL.

The national research strategy is developed by the Ministry of Higher Education and is funded by the French National Research Agency (ANR). ANR requires all publications from research that is fully or partially funded by them to be deposited in OA archives “at the earliest possible opportunity”.

But all is not perfect. The Institute for Technical and Scientific Information, whose mission is to facilitate scientific publication diffusion, has recently been criticized for selling articles published in the public domain by their authors. In a statement, they’ve subsequently reaffirmed support for Open Access, but have failed to clearly explain their practices in regards to Open Access principles.

OKFN France will continue to work with the scientific community to promote Open Access standards, principles and tools.

The idea of the digital commons is gradually gaining ground in the French cultural sector. The French national library (BNF) was a pioneer in this field, openly releasing parts of its bibliographic database since 2011. Today, an increasing number of cultural institutions are following, and opening up their data. Last year, the OKFN and Wikimedia France ran a series of workshops in Paris bringing together a large number of actors committed to building an open cultural commons, as part of the OpenGLAM initiative. More workshops are planned for the coming year.

We’re also planning to help build and develop on the recently released Public Domain Calculators, an endeavour which will be greatly aided by the new dataset being developed aspart of the semanticpedia.org project. We want to help ensure that French cultural heritage is fully accessible to the world.

That’s all for now! We will of course keep you updated on French initiatives on the OKFN blog and on our French-language website, which will be launched very soon. For now you can follow us on Twitter at @okfnfr or say hello on our new discussion list. And we hope to see you at our meet up on December 12th!

Finally, we leave the last word to one of our prominent contemporary philosopher and open knowledge enthusiast, Michel Serres:

5 thoughts on “Announcing: the Open Knowledge Foundation in France”

OKFN France is the newest National Group to join our Local Communites network. Follow them on Twitter @OKFNfr, and online at http://fr.okfn.org (coming soon)!