The following post was written by OKFN France edited by Pierre Chrzanowski and translated by Peter Schiøler.

It was with great excitement that we greeted 60+ participants for the first OKFN meetup in Paris on the evening of 12/12/12. 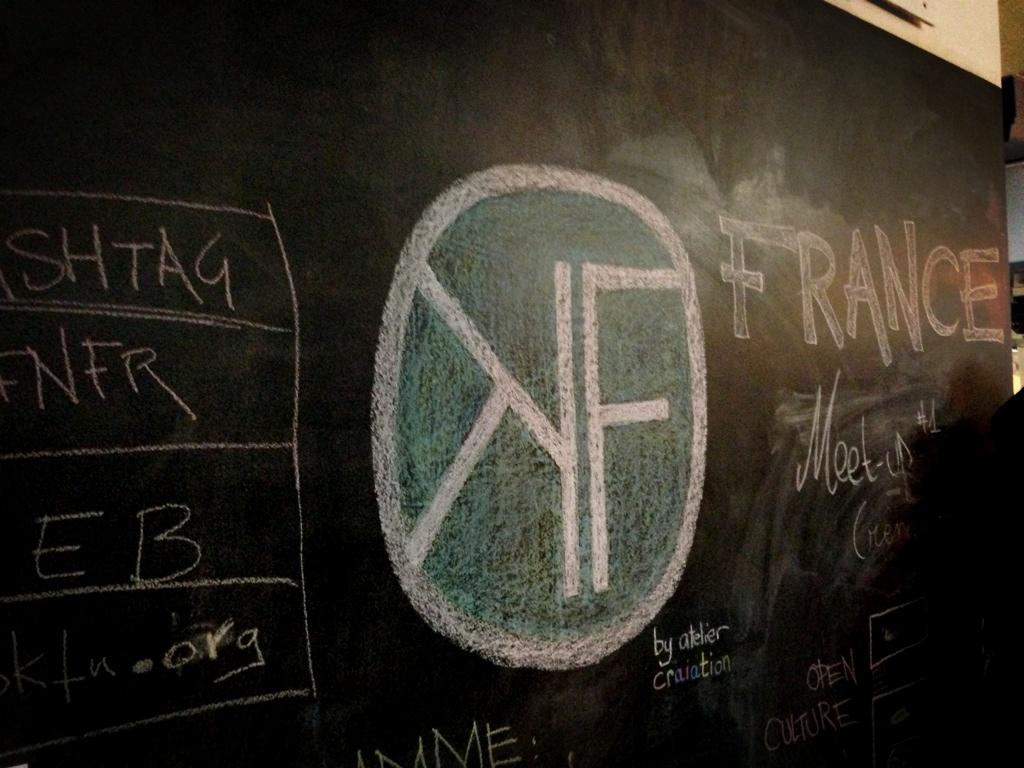 The meetup had a double objective; first to introduce the Open Knowledge Foundation in France and second to gather Open Knowledge enthusiasts in France to reflect on concrete project ideas which could promote access to, and reutilisation of, open content.

The success of such an event  will eventually be measured by the actual projects developed, however it was good to see that the group dynamic was already there!

Let’s return to this first meeting of OKFN France.

The evening kicked off with an introduction to the Open Knowledge Foundation by the coordinators of the new group. It continued with a series of open talks from the participants:

In the third part of the evening the participants were divided into thematic groups: Open Data; Open Culture; Open Education, Access & Science. In addition a special meeting of the OKFN working group on Open Transport was convened. 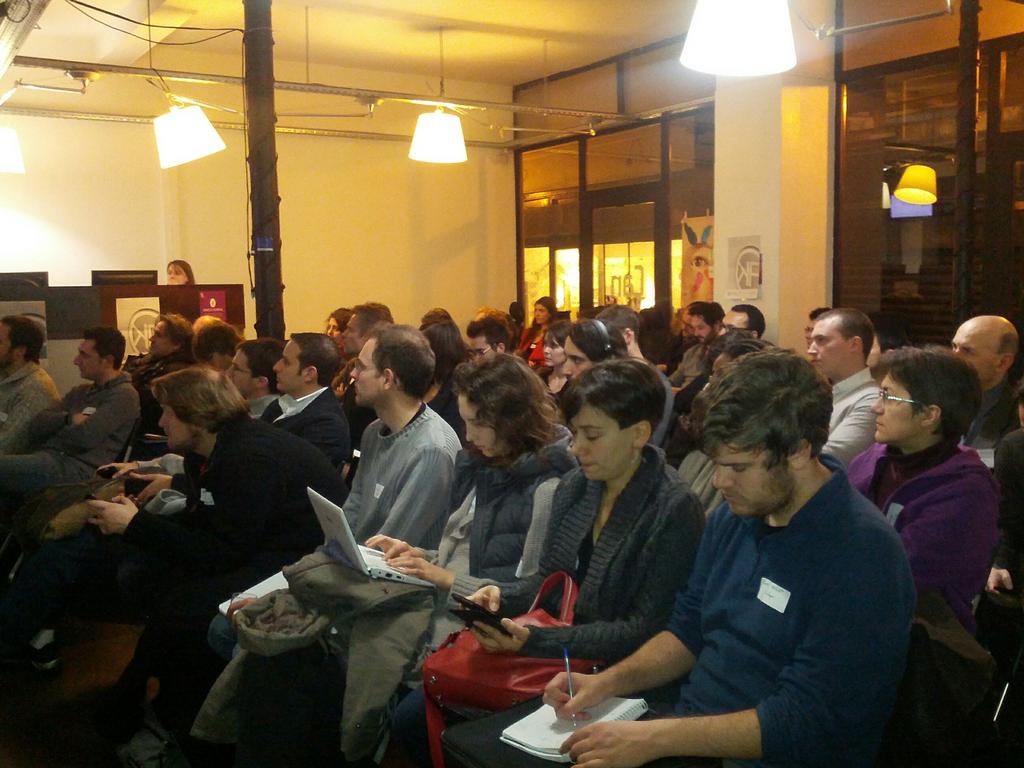 The roundtable consisted of about 15 participants interested in this topic. The roundtable first highlighted the main issues with Open Data in France, notably the difficulty in identifying Open Data producers, the lack of communication between producers and re-users, and a multi-layered administration which increased the complexity of the initiative. The general observation was that the opportunities for an Open Data approach were still poorly understood by senior managers and public service operators, and that a general concern about financial sustainability existed.

Within this context the participants proposed the following ideas and concrete projects:

Charles Ruelle also summarised Etalab’s work (data.gouv.fr) over the last year and reaffirmed the organisation’s willingness to collaborate with all stakeholders in this field. Finally Karim Sy, founder of Jokkolabs drew attention to the power of projects such as Open Street Map in countries that do not have a precise mapping of the territory and called for support of African countries on Open Data issues.

What’s next? Another meeting will be proposed early next year to identify priority projects on Open Data to be developed within OKFN France context. This event will be announced on our blog and our mailing list.

At the Open Culture roundtable, the discussions first focussed on the project OpenGLAM and Public Domain Calculators being developed by the OKFN Working Group on the Public Domain.

Each of the participants then proposed ideas for promoting cultural heritage and encourage the free flow of information and cultural content. Here are the proposals:

The discussions were completed on the issues of financing (convincing donors, identify and respond to tenders) and the organisation of the Public Domain Day to be held in late January. The participants in the culture group will meet again in January to discuss the launch of the projects mentioned above.

This roundtable brought together primarily young researchers wishing to discuss issues of Open Access and Open Science in France. One of the main findings was a need for clarity on the existing practices and legislation. Also, Open Access is insufficiently encouraged by the research institutions.
The following topics were discussed:

The participants were finally encouraged to visit the OKFN working groups on Open Science and Open Access.

Open Knowledge Foundation working group on Open Transport gathered “around the table” as well as online. The roundtable consisted of producers and re-users of open transport data including representatives from Google, SNCF, LA FING. It was an opportunity to present the project Open Transport Handbook, a methodological guide on the opening of transport data, as well as to discuss issues specific to the transport sector. You can follow the Open Transport group discussions and participate in their projects is at http://lists.okfn.org/mailman/listinfo/open-transport.

Follow-up and How to participate

Finally, many of the participants have asked how to participate in the Open Knowledge Foundation. It is simple, just do as we do, join the OKFN mailing lists that interest you, introduce yourself on the general French okfn-fr or at our events, explain your idea, your project and see if it interests others. If you want to get involved in the coordination and implementation of the French group, then we will be more than happy to welcome you. For more information on Open Knowledge Foundation and the French group please visit also our new FAQ webpage.

In conclusion, we would like to thank the coworking space La Cantine for hosting the first OKFN Meetup and for its support for the future. We would also like to thank SNCF Transilien, a new partner in Open Transport Data, which provided drinks and finger foods. 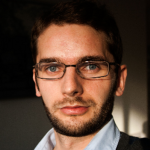