We are excited to announce the official launch of Crowdcrafting.org, an open source software platform – powered by our Pybossa technology – for developing and sharing projects that rely on the help of thousands of online volunteers.

At a workshop on Citizen Cyberscience held this week at
University of Geneva, a novel open source software platform called Crowdcrafting was officially launched. This platform, which already has attracted thousands
of participants during several months of testing, enables the rapid development of online citizen
science applications, by both amateur and professional scientists.

Applications already running on Crowdcrafting range from classifying images of magnetic
molecules to analyzing tweets about natural disasters. During the testing phase, some 50 new
applications have been created, with over 50 more under development. The Crowdcrafting
platform is hosted by University of Geneva, and is a joint initiative between the Open Knowledge Foundation and the Citizen
Cyberscience Centre, a Geneva-based partnership co-founded by University of Geneva. The Sloan Foundation has recently awarded a grant to this joint initiative for
the further development of the Crowdcrafting platform.

Crowdcrafting fills a valuable niche in the broad spectrum of online citizen science. There are
already many citizen science projects that use online volunteers to achieve breakthrough results,

in fields as diverse as proteomics and astronomy. These projects often involve hundreds of
thousands of dedicated volunteers over many years. The objective of Crowdcrafting is to make
it quick and easy for professional scientists as well as amateurs to design and launch their own
online citizen science projects. This enables even relatively small projects to get started, which
may require the effort of just a hundred volunteers for only a few weeks. Such initiatives may be
small on the scale of most online social networks, but they still correspond to many man-years of
scientific effort achieved in a short time and at low cost.

“By emphasizing openness and simplicity, Crowdcrafting is lowering the threshold in investment
and expertise needed to develop online citizen science projects”, says Guillemette Bolens,
Deputy Rector for Research at the University of Geneva. “As a result, dozens of projects are
under development, many of them in the digital humanities and data journalism, some of them
created by university students, others still by people outside of academia.” 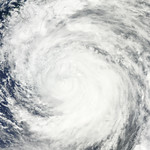 An example occurred after the tropical storm that wreaked havoc in the Philippines late last
year. A volunteer initiative called Digital Humanitarian Network used Crowdcrafting to launch
a project called Philippines Typhoon. This enabled online volunteers to classify thousands
of tweets about the impact of the storm, in order to more rapidly filter information that could
be vital to first responders. “We are excited about how Crowdcrafting is assisting the digital
volunteer community worldwide in responding to natural disasters,” says Francesco Pisano,
Director of Research at UNITAR.

“Crowdcrafting is also enabling the general public to contribute in a direct way to fundamental
science,” says Gabriel Aeppli, Director of the London Centre for Nanotechnology (LCN), a joint
venture between UCL and Imperial College. A case in point is the project Feynman’s Flowers,
set up by researchers at LCN. In this project, volunteers use Crowdcrafting to measure the
orientation of magnetic molecules on a crystalline surface. This is part of a fundamental research effort aimed at creating novel nanoscale storage systems for the emerging field of quantum computing.

Commenting on the underlying technology, Rufus Pollock, founder of the Open Knowledge Foundation, said, “Crowdcrafting is powered by the open-source PyBossa software, developed by ourselves in collaboration with the Citizen Cyberscience Centre. Its aim is to make it quick and easy to do “crowdsourcing for good” – getting volunteers to help out with tasks such as image classification, transcription and geocoding in relation to scientific and humanitarian projects”. The Shuttleworth Foundation and the Open Society Foundations funded much of the early development work for this technology.

Francois Grey, coordinator of the Citizen Cyberscience Centre, says, “Our goal now, with
support from the Sloan Foundation, is to integrate other apps for data collection, processing
and storage, to make Crowdcrafting an open-source ecosystem for building a new generation of
browser-based citizen science projects.”

Francois is is a physicist by training, with a background in nanotechnology and a strong interest in science communication. He spent six years at CERN, managing IT communications. He is a Shuttleworth Fellow, focusing on the advancement of Open Science, specifically Citizen Cyberscience. He is coordinator of the Citizen Cyberscience Centre, Geneva.