The following guest post is by Chris Martin, researcher at the University of Leeds. Here he presents the results of his recent research into perceptions of the barriers to open government data. He looks at the similarities and differences between public and non-profit sector perceptions, pointing to the utility of greater cross-sectoral collaboration.

Earlier in the year, as part of my on-going research on open data, I ran a survey exploring the barriers to open government data. I was seeking to understand how the open data community perceived potential barriers to realizing value from open government data. I believe the topic of barriers (although may be not as ‘glamorous’ as other areas of open data) was and remains an import area to explore. First, to better articulate the challenges faced by the open data community – as the initial wave of enthusiasm for open data is met by the practicalities of realizing its promise. Secondly, better articulation of the barriers will hopefully enable holistic, socio-technical approaches to overcoming these barriers to emerge.

233 people participated in the survey from across the international open data community bringing perspectives from the public, private, academic and non-profit sectors. The majority of participants worked in Europe or North America. The survey participants tended to agree that the statements presented in the survey were (in his or her experience or opinion) barriers to realising value from open government data. This tendency, as shown in the graphs in the presentation below, is not too surprising for many reasons. The most prominent reason, from my perspective, being that the open data agenda calls for large-scale social and technical change across multiple organisations with potentially competing interests. I now pick out three initial findings from more detailed analysis of the survey results.

The open government data community seems focused on supply side barriers, and is more sceptical about demand side barriers

A focus on supply side barriers is prominent within the survey results. To me this seems to mirror the data-push perspective that underpins the open data agenda (i.e. make the data available and users will come). The strongest consensuses formed (i.e. where 75% or more of participants agreed the barrier existed) around barriers on the supply side, including the following.

Conversely, the barriers that were viewed most sceptically (i.e. where 40% or more of participants disagreed and believed the barrier did not exist) often related to questions around the demand for open government data.

Opinion was more often divided where barriers related to politicised aspects of the open government data agenda, such as restricted access to the digital infrastructure. These contentious barriers (where 25% or more of participants agreed and 25% or more disagreed) included the following.

By comparing the survey responses from participants from the across public, private and non-profit sectors some interesting differences in perspective can be identified. Such differences highlight the potential for cross-sectoral learning and collaboration to better understand and address barriers to open government data. Two of the barriers where (statistically) significantly different perspectives were evident were:

###What to do about the barriers?

Although this research is still at an early stage, I conclude by offering two personal reflections on the potential implications of the results. First, the variety, complexity and number of barriers perceived by the open government community suggests the need for action spanning the supply and demand sides. Such action should be informed by an understanding of the whole government data system including its social and technical facets. For example, the alignment of the open government data agenda with organisational goals, cultures and processes, need to be considered alongside technological and data concerns. Secondly, open data is an innovation in its own right and is in the early stages of development. This provides important context to the current emphasis on supply-side barriers, which indeed must be overcome to enable further exploration of the potential demand for open data. That said, for open data to make the transition from its current niche to creating a sustained mainstream impact, consideration of the demand side barriers is likely to become more prominent. 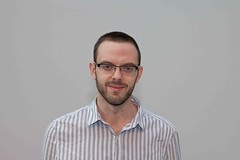 Chris Martin is a researcher and interdisciplinary research facilitator at the University of Leeds. He is based in the Centre for Integrated Energy Research and an associate of the Socio-Technical Centre. His research interests include open data and the ICT-behaviour-energy interface. He strives to conduct his research in an open, collaborative, interdisciplinary fashion. The challenges of integrate diverse perspectives on socio-technical systems design, ICT and the energy system is what fascinates and motivates him.