On Friday the UK National Archives launched a new version of the Open Government Licence, which is now the default licence used by the UK government to publish the lion’s share of its public sector information.

While the announcement hardly made headlines, there is one small addition to the text of the licence that we were very pleased to see, namely:

The OGLv2.0 is Open Definition compliant.

The new version of the licence is now officially conformant with the Open Definition.

As you may know, the Open Definition gives principles for what we mean by ‘open’ in ‘open data’ or ‘open content’. This means that open material can be used and shared by anyone for any purpose, and – crucially – that open material can be freely combined without legal issues. This relatively short bit of text helps to keep the digital commons interoperable, serving as a green light for reuse and remixing.

The new release of the Open Government Licence is the culmination of months of consultation and feedback from the open data community – including members of the Open Definition Advisory Council – which resulted in several important changes.

The fact that the UK government’s new default licence is now compliant with the definition, formally makes good on official commitments to make open the new default for public sector data.

Jo Ellis, Information Policy Manager at the National Archives commented on the release: 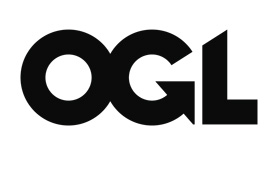