Last year the Open Knowledge Foundation worked with the European Journalism Centre to publish the Data Journalism Handbook, a free, openly licensed reference book showing journalists how to use data to improve the news.

The fact that the book is openly licensed under a Creative Commons Attribution-Sharealike license has enabled various translation and localisation initiatives to bring its contents to new audiences around the world.

Today sees the release of a new French language edition, which is edited by our friend and co-conspirator Nicolas Kayser-Bril, co-founder of Journalism++, and published by Eyrolles. 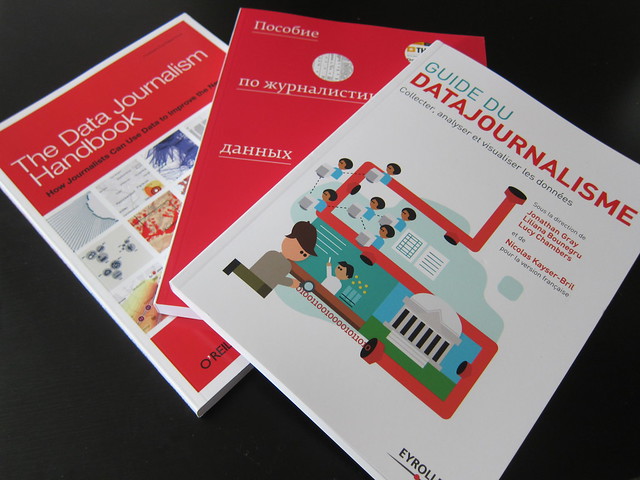 The Data Journalism Handbook is freely available in English, Russian and now in French.

As well as translations of the original book chapters, the new edition includes recent examples of data journalism from French and Belgian outlets such as Le Monde, Rue89 and France Info. It is freely available online and the source code is on Github.

Editions of the handbook are also freely available in Russian and Spanish, and the European Journalism Centre is coordinating translations in Chinese, Arabic and Portuguese with local partners. 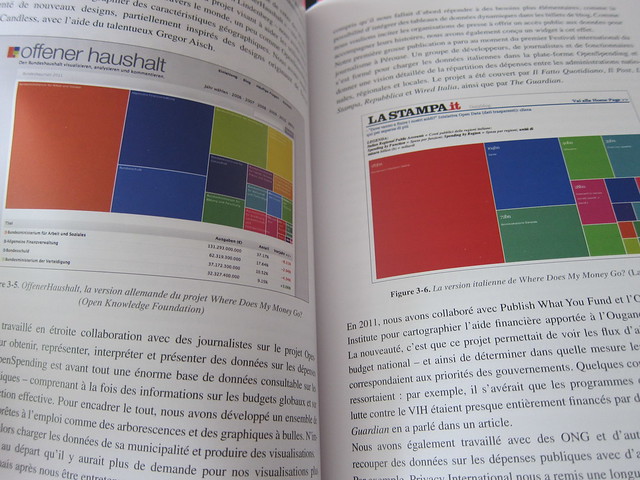 Our chapter on ‘Covering the Public Purse with OpenSpending.org‘ in the French edition.

3 thoughts on “The Data Journalism Handbook now available in French, Spanish and Russian”