The following post is by Paul Maassen, who together with Daniel Dietrich and Anders Pedersen will be coordinating the workshop ‘Raising the bar for ambition and quality in OGP: workshop to develop a ‘Civil Society National OGP Review’, to be held on Tuesday 17 September, 14:45 – 16:00 @ Room 5, Floor 3, as part of the Open Data, Government and Governance track at OKCon. Get in touch with them to book your place!

When asked what makes the Open Government Partnership model different I always mention 3 elements: the guaranteed seat at the table for civil society; the concrete, ambitious commitments made, and the independent monitoring of the process and promises.

Two years after the OGP was launched at the UN General Assembly the first set of independent reports are being released. That brings the first cycle for the founding countries to a close. The last 12 months reformers in close to 60 countries have experimented with the OGP process, testing it out as a new tool to deliver change and get more transparency, more accountability and more participation. 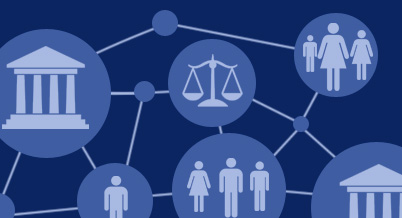 Not surprisingly civil society across the globe has been watching OGP closely. Embracing the idea of creating space for reformers, but critically vocal on all three key elements, as well as the criteria to get into the partnership. In ultra short summary: the eligibility threshold is too low with too little criteria; the commitments are not ambitious and the consultations not inclusive and ‘real’ enough. All okay to an extent for the ‘test drive’ of the first action plan cycle, but not for the second round.

The team working on the independent reports (IRM team) have worked hard the last couple of months to get their methodology right, find the best researchers, balance the interest of government and civil society. This week the very first report – on South Africa – will be published and the coming weeks 7 more will follow. Hopefully the reports will bring about a dialogue on key learnings, rather than serve as a simple scorecard to praise or denounce national efforts. Solid thinking and resources have been put into this exercise and the reports should push the reviewed countries in the right direction and create fresh energy.

Being a critical watchdog is in the DNA of civil society, and holding government to account is one of our ‘raisons d’être’. Does our critical lens prevent us from seeing the upside? If you read the 15 country articles the OGP Civil Society Coordination team produced you will see that there are a lot of positive seedlings. We have heard from colleagues in Georgia, Mexico and Croatia – to name a few – that OGP helped deliver things they had pushed for for a long time.

Still, improving the basics and raising the bar seems the right priority at this point, exactly at the moment that the first and second groups of members get evaluated and prepare for their second action plan. Who and how?

OGP itself recently approved new rules to define and measure ambitious commitments and will also strengthen the guidance around the civil society-government dialogue. That’s one. Two, the coming months both the OGP itself as well as the Civil Society Coordination Team will create some additional capacity for guidance and support at the national level. Three, the IRM will review its methodology and revise it to collect information early on, to measure ambition and to see where real-time monitoring is feasible.

Those improvements are all closely linked to OGP. What can civil society do additionally to monitoring success at the national level? Actors like Access Info Europe and Transparency International are already working on projects to define standards and measurements around open government. Building on that work and that of others civil society could create a new global ‘open government index’ that rates and ranks countries on a wide range of open government aspects. Such an index could be a blend of (elements of) existing indices (i.e. Global Integrity report, Civicus index and rapid assessment on civil society, Web Foundation’s open data index, Open Budget Index, Resource Governance Index), or be build from scratch. A macro approach, setting new levels of ambition for the broader concept of open government, triggering a race to the top by explicitly ranking countries and thus triggering their vanity and competitiveness. A great tool for (media) advocacy, yet time and resource intensive to create.

A smaller idea is to create a simple and transparent review methodology to be used by civil society in OGP member countries to assess the quality and the ambition of both the consultation process and the resulting action plan. For each quadrant thus defined a limited set of weighted indicators could be developed that national civil society would assess against. A round of comments by both government and civil society could calibrate the scores. The end result would be a Civil Society National OGP Review simple stating ‘country x gets 4 out of 5 stars for quality of the action plan, 3 out of 5 for the quality of the process.’ If chosen smartly the indicators could be a positive stimulus for responsible government actors to makes changes, improving the national OGP plan and process each iterative round.

Personally I feel we might need both – and even more – the coming years to reach the scale of change we all hope for. But we need the second idea as soon as possible. Having a simple review methodology would give a comparable basis across countries for our critique of OGP and the actions of our governments. It would strengthen the case we make. It would help the second round of OGP plans. Let’s use OKCon to start developing the Review Methodology.

Paul Maassen is the civil society coordinator for the Open Government Partnership and in that role supports independent engagement with the OGP in all member countries. He previously worked as Head of Finance and Partnerships for WWF International’ Global Climate & Energy Initiative and with Dutch development organisation Hivos as programme manager for the ICT & Media programme. He was involved in the establishment of the East African citizen agency initiative Twaweza, and attained private sector experience with Dutch telcom company KPN. He holds an MSC in industrial engineering and management.