When we hear that the UK’s school meals programme costs £6 million, what does that really mean? It means, for one thing, that it costs about a fifth of the annual spending on the monarchy.

Spending Stories draws out comparisons between amounts of money, giving users a context in which to understand how money is being spent across society while referencing the original news stories.

Users can enter a figure into Spending Stories and get a scale visualisation showing how it compares with spending stories from the app’s database.

The app displays the big picture, and users can then click through to a card visualisation that shows how the amount relates to specific stories. 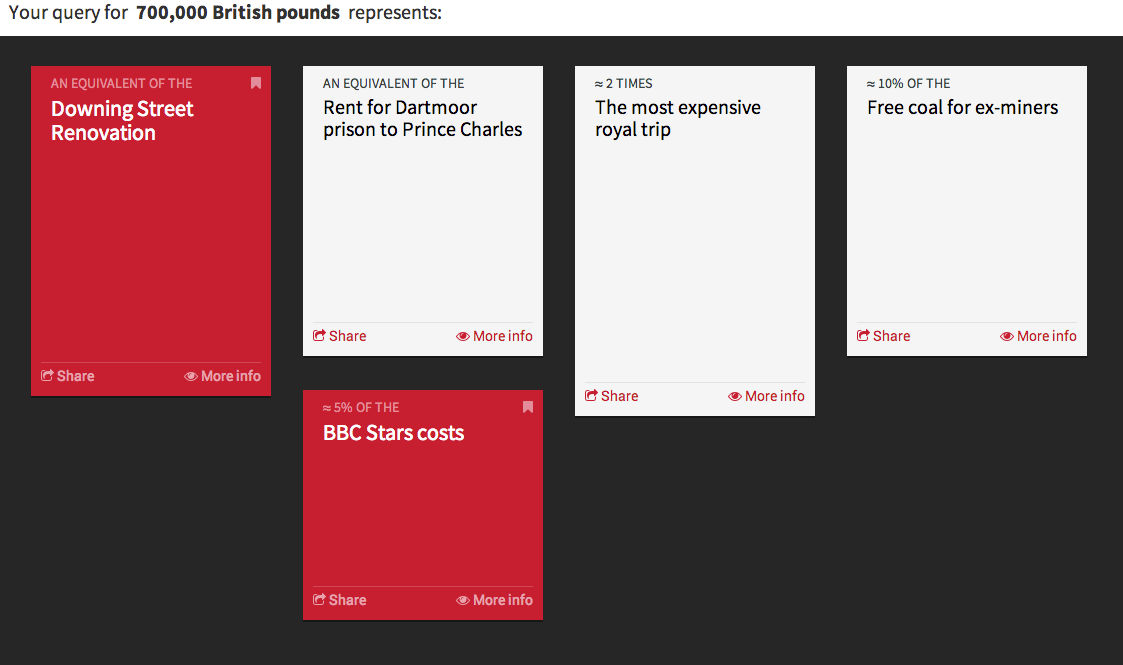 Users can filter stories to only show amounts that relate to the user’s interests, for example aid or energy. 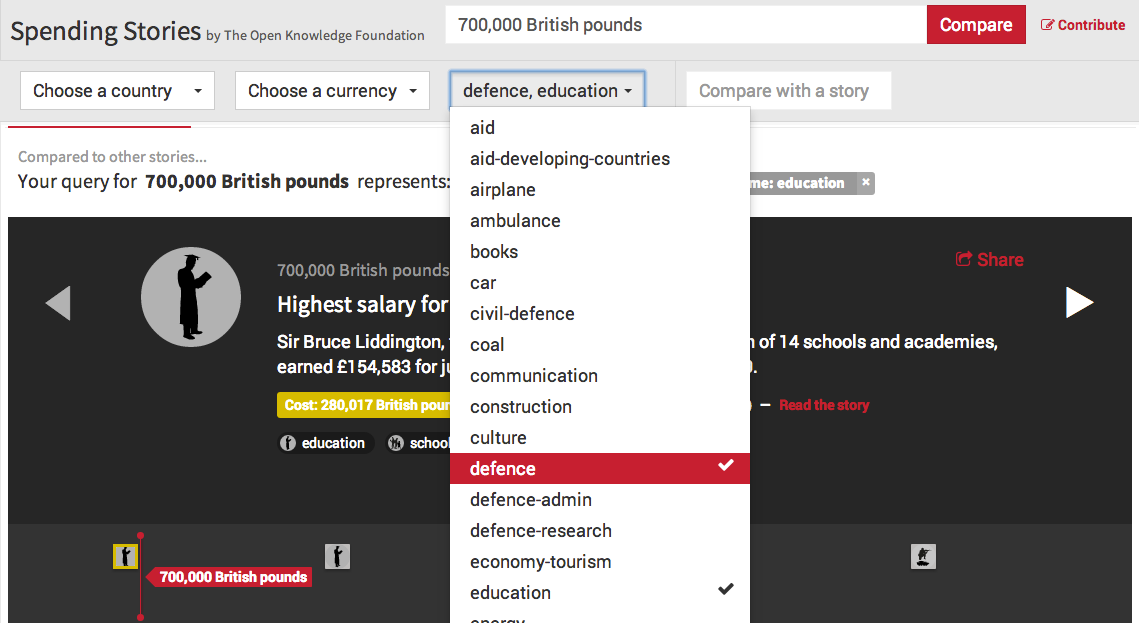 If users find news stories of interest, they can contribute these to the database in three easy steps and share them. 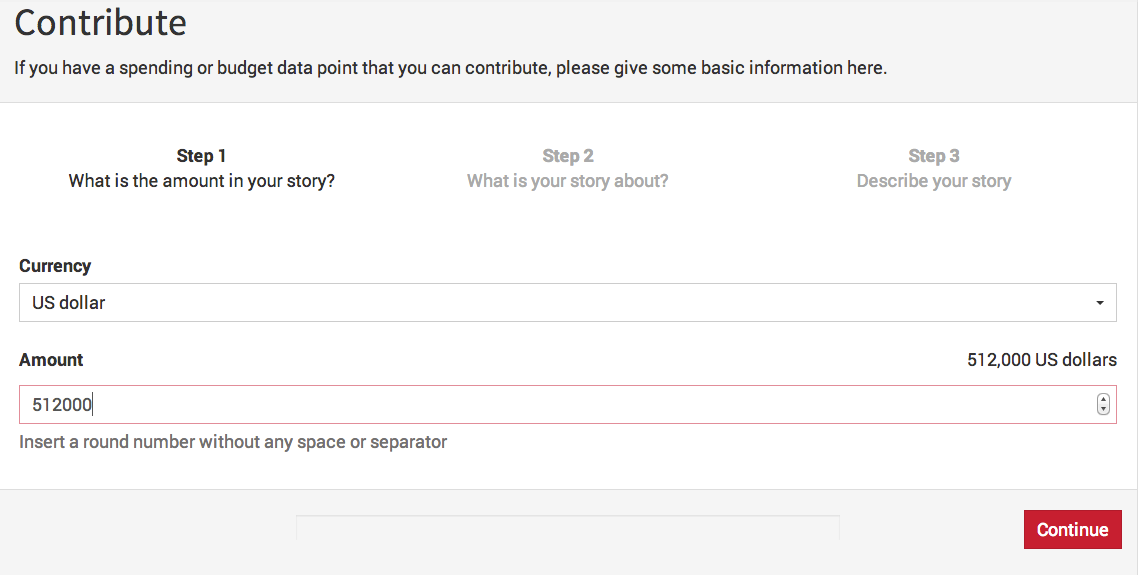 Due to the good availability of UK spending data in OpenSpending, this first release of Spending Stories focuses on the UK. Spending Stories is, however, an open source project and can easily be forked and translated into other languages.

We hope to help Spending Stories sites launch on their own and expand with new features and local news stories. At launch, we are already in touch with Open Knowledge Foundation Japan about the potential deployment of Spending Stories in Japanese.

If you would like to know more about the options for setting up a local Spending Stories site, get in touch. 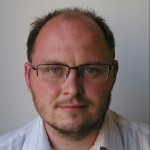 1 thought on “Launching Spending Stories: How much is it really?”