This is a guest post by Waltraut Ritter from Knowledge Dialogues and Opendata Hong Kong/Open Knowledge Foundation Hong Kong, who recently visited Myanmar as basis for this interesting account. She can be contacted on waltraut(a)opendatahk(dot)com. 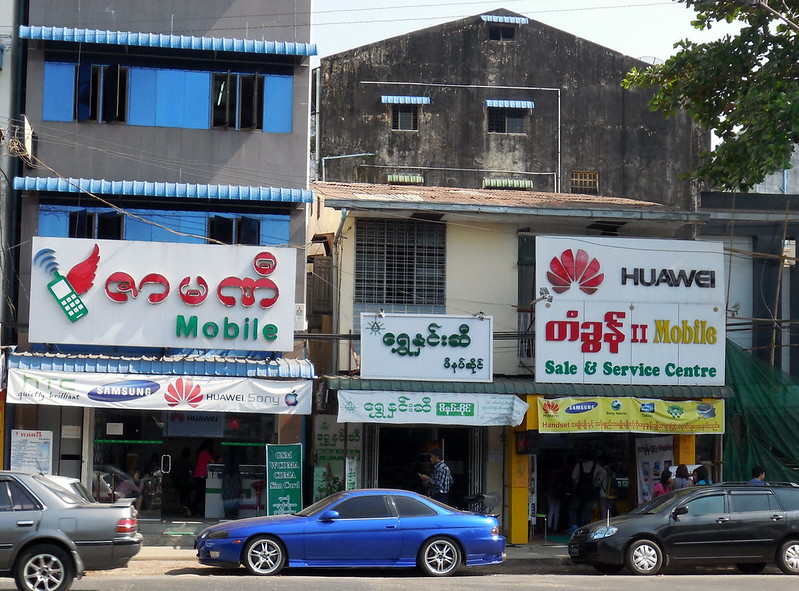 New cars, new mobiles – photo by Waltraut Ritter, CC BY-SA
The Worldbank Knowledge Economy Index ranks Myanmar as second lowest among 157 countries across all key variables relating to ICT, innovation, education and economic incentive/institutional regime; Transparency International’s 2013 Corruption Perception Index lists Myanmar in the bottom group of countries, and the most recent Internet World Statistics (2012) shows that internet penetration is around 1%, although with the entry of two international telecom operators, Telenor and Ooredoo, rolling out voice and data services nationwide starting this month, these figures are expected to move up fast.

Foundation for a knowledge society?

The growth of internet access in Myanmar will predominantly be mobile internet access. 7% of the population use mobile phones; the lowest cost for an Android smartphone (with Myanmar font) is 60-70 USD and a SIM card with data services cost between 5 and 130 USD, depending on the channel through which one gets access to a SIM. Huawei’s smartphones are the market leader at the moment, followed by Samsung. With the opening of the country in the past 2-3 years, what are the prospects for building the foundations for a knowledge society?

Technology as a catalyst – and threat

Recent reports and studies about Myanmar (ADB 2012, Cheesman 2012, McKinsey 2013) describe the backwardness of everything related to information, from information laws, information access, ICT infrastructure to internet governance.
Building the soft infrastructure, capacity, skills and mindset is another challenge. Nwe Nwe Aye says that the government in Myanmar is still heavily circumscribed by secrecy and lack of transparency, and that there is “no sense of political rule as a participative process”* The culture of an authoritarian society is hard to throw off, and technology may act as a catalyst, but there are quite a few countries with excellent ICT infrastructure and non-existing or low civic rights and public transparency as well.

Reporters without Borders and the Burma Media Association claim that “the structure of the new Burmese Internet as modified in 2010 gives the authorities more surveillance options, while reserving the fastest and best-quality access for the government and military”. They say that Burma’s use of Blue Coat technologies (the Silicon Valley tech company providing internet censorships equipment and services such as Deep Packet inspection) in government agencies raises questions about internet filtering policy and surveillance. 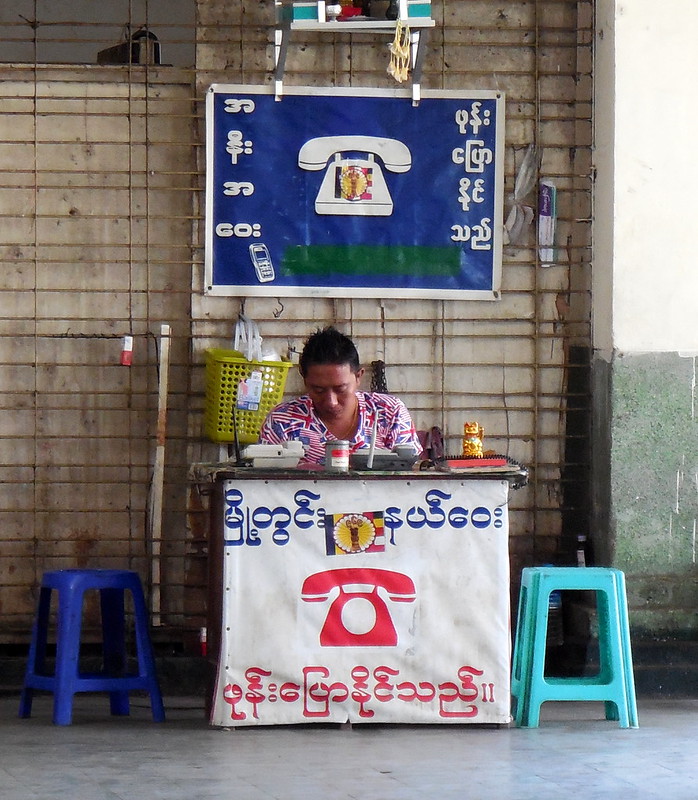 The Asian Development Bank (ADB), which resumed operations in Myanmar in 2013, is advising the government on ICT strategy and public administration reform. Following their tender for the development of an e-Governance Master Plan, it was just announced a few days ago that IT services provider Infosys will be appointed as advisor for the 1.5m USD project, which also includes a six month training for 100 engineering students. Building ICT capacity is the basis for information and data management across the public sector, and also the basis for any Open Data initiative. All major global tech companies are preparing their investment plans for the country, many of them coupled with education or civil society collaborations.

Myanmar has an active civil society working on various aspects of information society, from press freedom to civic-driven public libraries, such as Beyond Access, an organization that aims to transform the country’s vast network of 5000 public libraries into connected information and service hubs, MIDO (Myanmar ICT development organization, which organized the first internet freedom forum in Yangon last year), and the Myanmar Blogger Society, which now collaborates with telecom provider Ooredoo. These networks and organisations could play an important role in building the soft infrastructure of the future information society.

Another initiative with potentially wide reach is the introduction of Wikimedia Zero, whereby the Wikimedia Foundation through a partnership with Telenor, gives free access to the “sum of human knowledge” (Jimmy Wales) without incurring data usage charges. 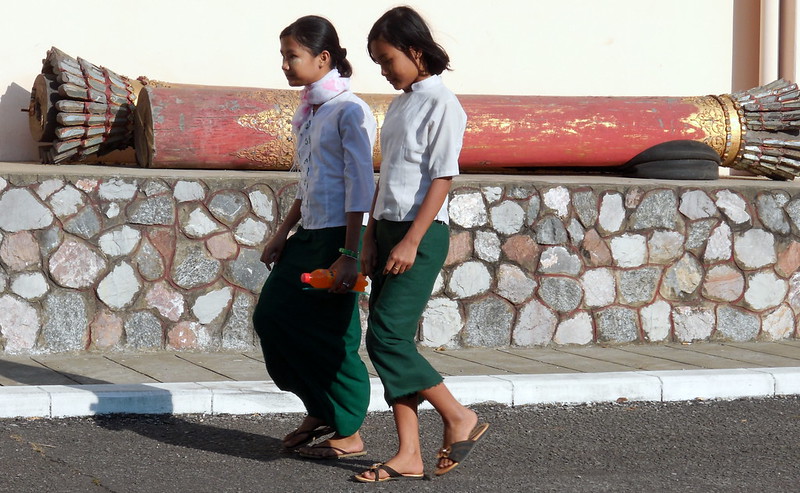 The legal side of Myanmar’s information and internet governance also needs to be reformed. Currently there exist a number of outdated but still valid laws, such as the “Burma Official Secrets Act” from 1932, instated by the British Colonial regime, which is part of the ongoing discussions on constitutional reform ahead of the 2015 elections. (http://wvw.burmalibrary.org/docs15/Burma_Code-Vol-II-ocr-tu.pdf, p182-189).
This year, however, there is a great opportunity to introduce open data initiatives in Myanmar: the country is conducting its first nationwide census in 31 years. Supported by UN organisations, the data collection will take place in March and April, and provide a sound basis for all further socio-economic development.

Reliable information has been a scarce resource in the past decades, and the country data compiled by various international organisations such as UNDP, ITU, and Worldbank has many gaps or only shows estimates, e.g. the figures of the country’s population range between 52 and 64 million. Data about livelihood, economy, and exact size of the many ethnic groups in the country is vague. The latter is widely discussed in the media in the preparation of the census http://www.mmfreedom-daily.com/?p=13669. Ethnic groups are worried that the census survey may not reflect the real size of the different groups due to classification problems.

For the Open Data community, engaging with Myanmar government, public sector organisations, and civil society, could help to build an inclusive knowledge society, where the benefits of data, information and knowledge are available for all. Such an engagement would certainly not be a short-term project.

Thanks to Htaike Htaike Aung of MIDO (Myanmar ICT for Development Organisation) for information on internet governance.