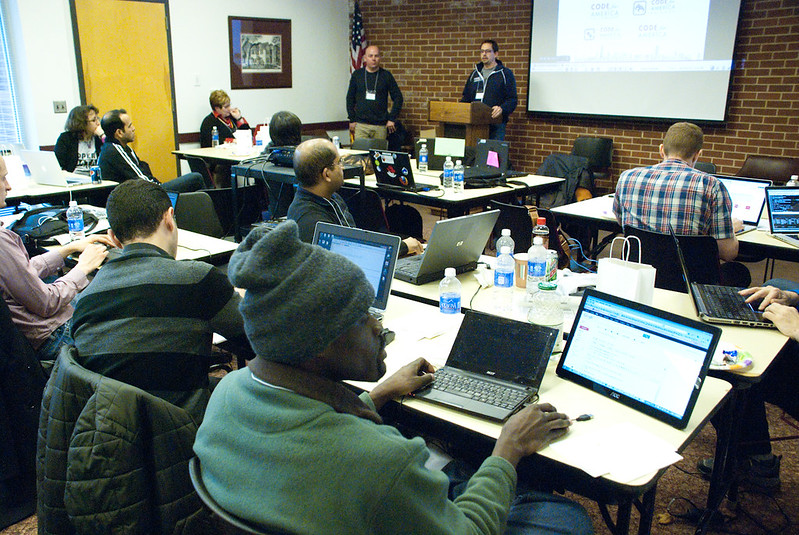 With Open Data Day just around the corner – tomorrow, Saturday February 22, 2014, where over 100 events around the world will take place – it’s time to zoom out a bit and see what many of the Open Knowledge Foundation Local Groups around the world are planning. So here we go, are you ready?

In the United Kingdom the event will focus on app making and general discussion of open data. Our friends in Japan are doing events in a whopping 31 cities (!), and in Denmark tomorrow’s event will have 4 different tracks focusing among other on visualizing environmental data and remixing public domain cultural heritage content into video clips. The group in Spain is running what we believe is one of the world’s first Open Data Award shows, and in France events in several cities across the country will highlight among other data from the Ministry of the Interior as well as the public domain through the hosting of a Public Domain Calculator session.

In Switzerland they are organizing an “Open Data Date” asking the federal, cantonal, and community media: where do we stand in terms of Open Data? The Iceland organizing group will be mapping open datasets and build some nice apps and visualisations on top of them. In Ireland they will be doing a booksprint, where they look for teaching and research materials in the public domain and work together to collate the information into a usable format for the general public, teachers and educators. The Burkina Faso organizers are planning an event with various presentations on open government, open parliament, Open Street Map, transit data, data journalism – and will be hosting data expeditions on gold revenue, energy supply data and public budgets.

The group in Finland will be hosting a two all-day Open Data Brunches, where food will be combined with various community project hacking activities. In Cambodia they are organising a local event in Phnom Penh with talks & networking – among other to introduce the Open Knowledge Foundation to a broader audience, talk about open culture, open development and much more. Indonesia is doing an open data for development workshop which will feature an idea challenge on how to apply open data principles and applications for national and subnational development.
In Argentina they will do an open bicycle data expedition to find and open key transportation data sets from Argentina and other countries. These data sets will eventually be added to the local edition of the Local Open Data Census and to Bikestorming’s upcoming mobile app.

In Egypt they will, among other, be translating various open data materials including the Open Data Handbook and School of Data tutorials – as well as blog and do budget scrapings. Last, but not least, they will be part of the global Local Open Data Census work:

Some of the Open Knowledge Foundation Local Groups will be working on a special shared project: The Local Open Data Census, which allows citizens around the world to run a local version of the popular Open Data Census. The first round of Local Census instances have now been activated, and many of the community-driven sprints to populate them with city-level data will take place tomorrow. For example, in the United States the Open Knowledge Foundation have teamed up with Code Across and Sunlight Foundation to jointly run a nationwide Local Open Data City Census hackathon.
In China they will organize an online Census-a-thon to work on their new Local Open Data Census, and furthermore they will launch a new partnership network called “Open Data China” to bring different Chinese parties into together to collaborate on open data related projects and events. Germany is also combining many activities and will, alongside the Local Census sprint, be organizing an open data hackathon around health data.
To see the full list of active Local Census instances (a rapidly growing list), go here. If you’re reading this and want to boot a Local Census of your own, you can request one here.

Moving beyond time and space

The creativity around the network for Open Data Day activities has even moved beyond time and space! In Belgium they started early this week and held a massive 3-day event titled Data Days that served as a lead-in to Open Data Day. And in the Czech Republic they will do a post-Open Data Day event next week by hosting a “Political Watchdog Workshop”. In the virtual sphere the brand new OpenMENA community of the Open Knowledge Foundation will host an online event across the MENA-region (Middle East, Northern Africa) – in an impressive three languages!

We hope as many people as possible around the world join to learn about open data! To see the full list of over 100 events across the globe, head over over to the Open Data Day website.