The following guest post is by Nicole Valentinuzzi, from our Stop Secret Contracts campaign partner Publish What You Fund.

A new campaign to Stop Secret Contracts, supported by the Open Knowledge Foundation, Sunlight Foundation and many other international NGOs, aims to make sure that all public contracts are made available in order to stop corruption before it starts.

As transparency campaigners ourselves, Publish What You Fund is pleased to be a supporter of this new campaign. We felt it was important to lend our voice to the call for transparency as an approach that underpins all government activity.

We campaign for more and better information about aid, because we believe that by opening development flows, we can increase the effectiveness and accountability of aid. We also believe that governments have a duty to act transparently, as they are ultimately responsible to their citizens.

This includes publishing all public contracts that governments put out for tender, from school books to sanitation systems. These publicly tendered contracts are estimated to top nearly US$ 9.5 trillion each year globally, yet many are agreed behind closed doors.

These secret contracts often lead to corruption, fraud and unaccountable outsourcing. If the basic facts about a contract aren’t made publicly available – for how much and to whom to deliver what – then it is not possible to make sure that corruption and abuses don’t happen.

But what do secret contracts have to do with aid transparency, which is what we campaign for at Publish What You Fund?
Well, consider the recent finding by the campaign that each year Africa loses nearly a quarter of its GDP to corruption…then consider what that money could have been spent on instead – things like schools, hospitals and roads.

This is money that in many cases is intended to be spent on development. It should be published – through the International Aid Transparency Initiative (IATI), for example – so that citizens can follow the money and hold governments accountable for how it is spent.

But corruption isn’t just a problem in Africa – the Stop Secret Contracts campaign estimates Europe loses an estimated €120 billion to corruption every year.

At Publish What You Fund, we tell the world’s biggest providers of development cooperation that they must publish their aid information to IATI because it is the only internationally-agreed, open data standard. Information published to IATI is available to a wide range of stakeholders for their own needs – whether people want to know about procurement, contracts, tenders or budgets. More than that, this is information that partner countries have asked for.

Governments use tax-payer money to award contracts to private companies in every sector, including development. We believe that any companies that receive public money must be subject to the same transparency requirements as governments when it comes to the goods and services they deliver.

Greater transparency and clearer understanding of the funds that are being disbursed by governments or corporates to deliver public services can only be helpful in building trust and supporting accountability to citizens. Whether it is open aid or open contracts, we need to get the information out of the hands of governments and into the hands of citizens.

Ultimately for us, the question remains how transparency will improve aid – and open contracts are another piece of the aid effectiveness puzzle. Giving citizens full and open access to public contracts is a crucial first step in increasing global transparency. Sign the petition now to call on world leaders to make this happen. 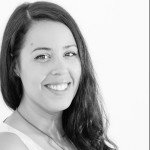 Nicole manages media, online and strategic communications at Publish What You Fund. She has worked in central government communications, as both a press officer and private secretary, and has a background in radio and print journalism.

Nicole manages media, online and strategic communications at Publish What You Fund. She has worked in central government communications, as both a press officer and private secretary, and has a background in radio and print journalism.