This is a guest blog post by Kristina Olausson, Blog writer and editor for Open Knowledge Sweden. You can see the Swedish version it is based on here.

Part of the team of Open Knowledge Sweden, Kristina Olausson and Mattias Axell, visited the annual politicians week – the Almedalen week at Gotland, Sweden. It is an event in which the political parties, interest groups and the public sector participates. The Almedalen week was initiated by Swedish Prime Minister Olof Palme in 1968 and has evolved to become the main political gathering of the year. Even though the outline has changed over time it now follows a rather fixed pattern. Each party has one day of the week dedicated to their events, and the party leader gives a speech in the evening. In parallel to what the parties arrange, there is a huge number of seminars organized by different interest groups, companies and public sector bodies. This year more than 3500 seminars could be found in the program. By participating, Open Knowledge Sweden aimed to follow the current debates on Swedish digital policy and what importance these have in the upcoming Swedish national elections this autumn. During the week we took part in seminars on digitalization, integrity and open data.

Since last year a change can be noticed in the attitude towards open data among Swedish public sector bodies and municipalities. It is now more open an positive, less skeptical. The question is no longer if, but how the public sector can make its information easier to use. More public sector bodies (PSBs) than before have started working with open data. However, with regards to the OKFN definition of open data, it should be noted that in these cases it is rather the re-use of public sector information than open data that is discussed. The municipality Skellefteå and the region Västerbotten arranged a seminar on open data and how the possibilities of innovation can be used. They also raised the question about how the responsibility for this process should be devided between the public and private sector as well as other interested parties. Henrik Ishihara, an expert working for Anna-Karin Hatt, the Minister for Information Technology and Energy, said that about 40 percent of all PSBs now work with re-use of public information. Janne Elvelid, former employee of the Committee of Digitization, was more sceptical to the current development and showed that Sweden has actually lost its place among the leading countries on IT. 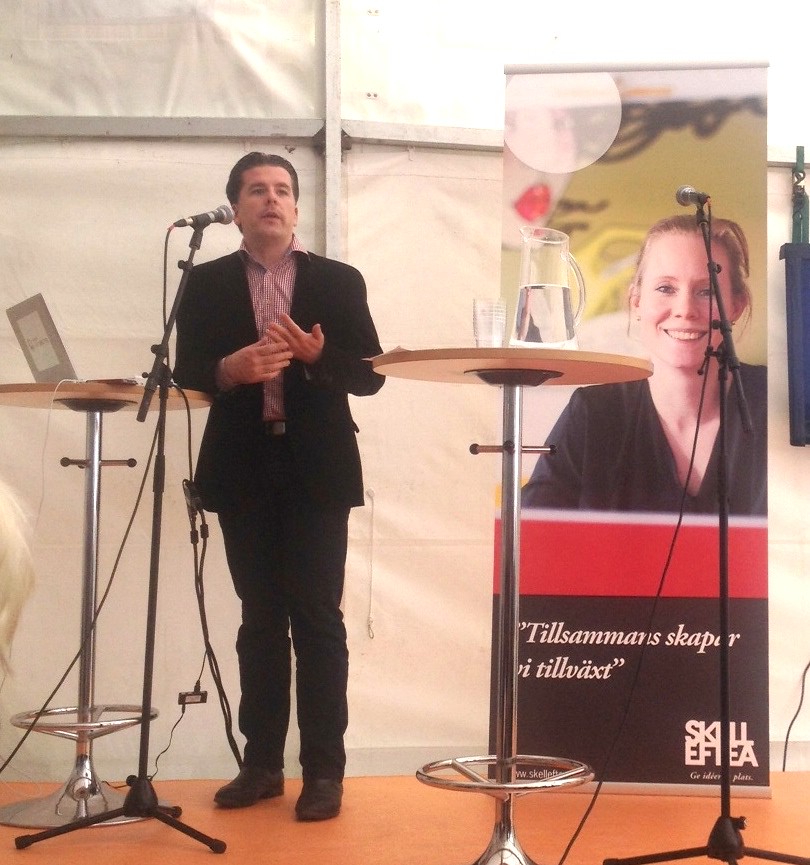 At another seminar organized by Lantmäteriet, who offer map-data, discussed if charges should be put on data and if so, how much. The public sector body itself has now started to work more actively to make their data open. Why then are Swedish PSBs and municipalities lacking behind their European colleagues in this development?  According to many actors the main obstacle in making more data open is the demand on the PSBs to charge for re-use of data. The principle of publicity is an old tradition in Sweden which implies that all public information is available to the public. However, this does not mean that it is for free. What separates Sweden from many other European countries is the fact that many public sector bodies are obliged to charge for re-use of data. It was argued by some actors we met that it will be impossible to create more re-use without removing the rules of charging. In the case of Lantmäteriet, they estimate that the removal of charges on their map-data will cost about 100 million Swedish kronor (about 12 million euro).

The possibilies of digitazation was another theme of many seminars. Dagens Industri and SAS Institute organized one to discuss how the public sector can use big data (as already done by the private sector) to predict certain patterns in society. This could for example be finding the next flue crisis by analysing Facebook status updates. One challenge put forward in this discussion is the fact that many public services are offered by the 290 Swedish municipalities (kommuner). As there is a strong self-governing principle in Sweden, the municipalities are not collaborating on many of these services which makes it hard for small municipalities to invest in digitalization. Thus, more collaboration is needed not only for municipalities but also for public sector bodies.

Cloud services is a positive possibility of developing the public services as the goal is to have more service online and thus also more information stored in this format. In the mean time, during this development, there is a need to take privacy issues into account. Microsoft arranged a number on seminars on this theme during the week. One that we attended was regarding privacy in schools in combination with cloud services. In Sweden the Salem-case is especially well known. The municipality Salem was criticized by the Data Inspection Authorities because they let their students use Google’s cloud services which was regarded not to have sufficient protection for the pupils’ privacy. How this should be done in practice is still under political discussion, if so very limited. At a seminar by Ernst and Young company representatives of some of our big telephone- and network operators said this has led to they themselves having to make their own priorities on privacy. This might however not be positive as it could lead to companies starting to censor their net services, according to their own liking. This might lead to less transparent processes of handling these issues. Additionally, not all companies are happy to take on this responsibility themselves. The debated judgement from the European Court of Justice in the case Google Spain vs. Mario Costeja González was used as an example by David Mothander, Nordic Policy Advisor at Google

He was critical to the judgement, also called the right to be forgotten, states that internet search engine operators are responsible for “the processing that it carries out of personal data which appear on web pages published by third parties“. Naturally, it is not surprising that a company like Google does not want to be responsible for such procedures. However it also leads to interesting questions on who should be responsible for protecting the privacy and personal data of individuals. The opportunities of digitization was also discussed at a seminar with representatives of youth party organisations. While the left (and the youth organisation of the Swedish democrats) were most concerned about the surveillance society, the right wing parties wanted better conditions for companies. They instead want the state to take care of the infrastructure (broad band etc.) and the companies should run the development. The interesting aspect of this seminar was foremost that it had such a high density of politicians. Generally the events on the themes we covered did not have that many political representatives in the panels. Thus it has been hard to evaluate the digital politics of the parties with regards to the upcoming elections this autumn. 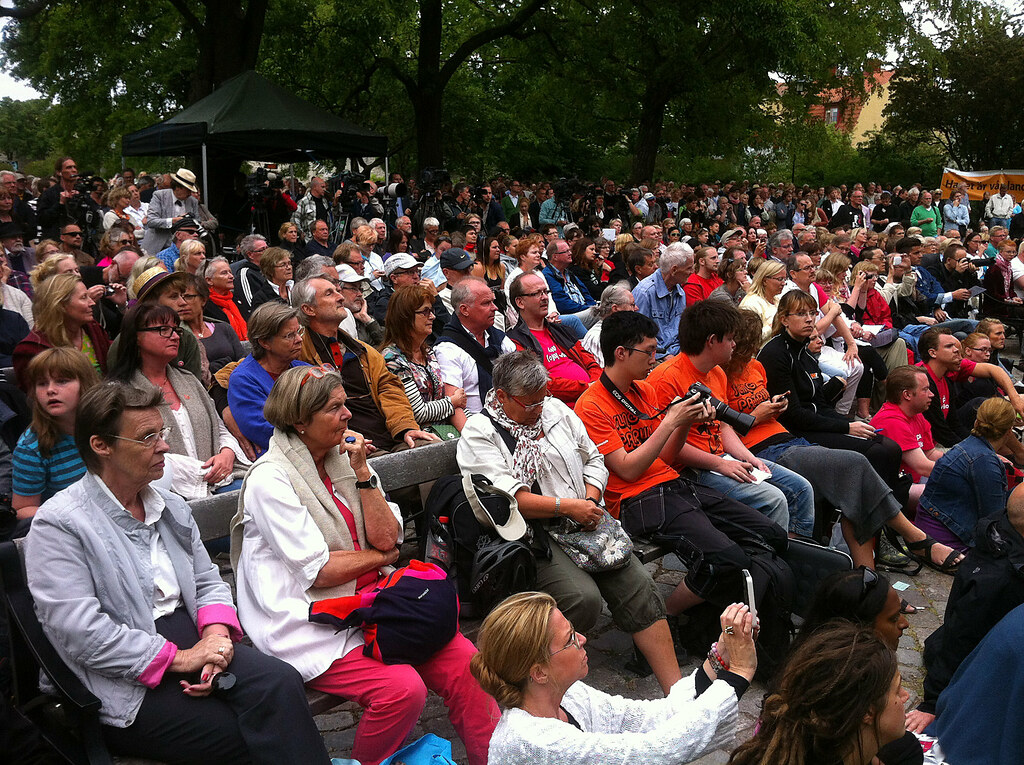 Digital policy has not been a central theme to this years election campaigns. However, even though the Swedish politicians were not discussing these issues intensively many interesting ideas were put forward by interest groups and companies. Open Data is still not common among Swedish public sector bodies. Even though some mix up the terms, it is rather re-use of public sector information that is discussed. The positive change that can be noticed is that the representatives of the public sector who participated in this year’s Almedalen week had a more open attitude towards the possibility of re-using their data. Open Knowledge Sweden works to advocate more re-use of information from the public sector and we are positive towards the ongoing shift in Sweden regarding these issues. We believe that more re-use will create huge value for society, both within the public and private sector. The main obstacle is not the technological shift, that some want to point at, but rather the rule of charges that applies to many public sector bodies who collects and offer public information. Unfortunately it seems that politicians are not prioritizing to change the current system. The more probable next step will be that public sector bodies themselves try to find ways of limiting the charges. However, the decision to charge remains with the government.

Except for following the current debates on Swedish digital policy, the Almedalen week was an opportunity to make contact with other actors and advocates of digitalization. There seems to be a general support and interest in making data open for re-use. However, we will probably have to wait until after our national elections this autumn to see real change regarding such issues in Sweden.