We intended to pitch openness to a new audience in Nepal and help them learn documentation skills. As we could not hope to teach documentation and spreadsheets in less than a day, we utilized the cohort to teach them small bits of information and skills that they could take home and gather information about their current knowledge and pertinent needs so as to help ourselves plan future events and trainings.

The targeted audience were office bearers and representatives of labor unions in many private and government organizations in Nepal. We also invited some students of Computer Science and Information Technology (CSIT). Few of the students are core members of Open Knowledge Nepal team and have also represented us in Open Data Day 2015, Kathmandu. We invited the students to let them know about the audience they will have to work with, in days to come.

It was a lazy March afternoon in Kathmandu and participants were slowly turning in from around 2 pm. Organizers and the students had already begun with chitchats on open, tech, football and other stuffs while waiting for enough participants to begin the event formally. Participants kept coming in ones and twos until the hall was up to its limit (35+) and we started formally just after 3:00 PM (NST).

The event was started by Mr. Durga of CLASS Nepal by welcoming all participants and introducing CLASS Nepal to the participants. He then invited Mr. Lekhnath Pokhrel, representative of UNI-Global Union in the event. He requested all participants to take full advantage of seminar and announced they will be organizing useful events in coming future too.
Nikesh Balami, our active member and Open Government lead followed with his presentation on “Open Knowledge, Open Data, Open Standards, and Open Formats.” He started by gathering information about participants’ organizational backgrounds. This lightened the settings as everybody opened up to each other. NIkesh introduced Open Knowledge Nepal and our activities to the hall (see the slides).

Kshitiz Khanal, Open Access lead at Open Knowledge Nepal went next. This session was intended to be an open discussion and skill dissemination on documentation and spreadsheet basics. We started by asking everybody to share their experience, set of skills and the skills they would like to learn in the event.

We were in for a surprise. While we had prepared to teach them pivot tables, our audience were interested to learn more basic skills. Most of our audience were familiar with documentation packages like Microsoft Word, some were using spreadsheets in work, and most of them had to use slides to present their work. We paired our students with our target audience so that one can teach other. Based on the requests, we decided to teach basic spreadsheet actions like sorting and filtering data, performing basic mathematical operations.

We also explained basic presentation philosophy like use pictures in place of words whenever possible, using as less words as possible, and when we do – making them big, rehearsing before presenting. These sound like obvious but these are not commonplace yet because these were not taught anywhere as a part of curriculum to our audience. This was well received.
We also had a strange request – how to attach a sound recording in email. We decided to teach how to use google drive. We demonstrated how google drive can be used to store documents and the links can be used to send any type of files by email.

There were few female participants as well. This was a good turnout when compared to most of our and other tech / open events in Kathmandu with nil female participation. One of our female participant said that while she wants to learn more skills, she doesn’t have time to learn at home while taking care of her children, and at office she mostly has her hands full with work.
Most of the work in many offices is documentation, and this day and age makes strong documentation skills almost mandatory. While having freedom in the sense of document freedom entails having access to proper tools, it also necessitates having the proper set of skills to use the tools.

We learned lessons in the status and interest of people like our audience and the level of skill that we need to begin with while preparing modules for other similar events. 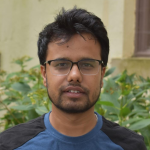 Kshitiz Khanal is an Energy Systems engineer / researcher. He is involved in Open Knowledge Nepal as the Team Leader of Open Access / Open Science.

Kshitiz Khanal is an Energy Systems engineer / researcher. He is involved in Open Knowledge Nepal as the Team Leader of Open Access / Open Science.