This year, Open Data Day in France left Paris after hosting us in several tech hubs in the capital: Telecom ParisTech in 2013, Simplon in 2014 and La Paillasse en 2015. However, Paris still celebrated Open Data Day online. Etalab, the French government open data taskforce, made a blog post celebrating their favorite open data apps and Open Street Maps announced that there are now 400 million objects in its French database.

On the 5th of March, Open Knowledge France headed South to the city of Aix en Provence, near Marseille. Yelloworking hosted the Open Data Day, and it was the first event organized at the new villa of the coworking space. Thanks to Open Knowledge’s Open Data Day mini grant, we were able to start the event with delicious Italian buffet that gave us plenty of energy for hacking.
Anonymal, a local webtv, shoot a short video report (in French) on the event. In two minutes, it explains the concept of the open data day and shows some of the activities that happened on March 5th in Aix en Provence.

This data will be used to monitor the activity of the coworking space as each member or visitor usually consumes a coffee.

Why it matters: Open Knowledge can seriously benefit from open hardware devices for automatic real-time data collection. This activity was one of the rare bridge between the open hardware and open data movements which rarely speak to each other.

How did it turn out? Well, the Arduino starter kit is indeed…a good start. We managed to connect the buttons, monitor the strength of a coffee, to record on a log when each coffee is being made. The code has already been published but we still need more equipment to actually publish data.

What’s next: Another hacknight is planned, and the data will be visualised live on Yelloworking website.

The concept: Yelloworking is a transparent coworking space which already provides regular updates on its incomes, expenses and its activities. We used Open Data Day to push transparency one step further by opening data on Yelloworking’s revenues and visualizing it.

Why it matters: Open Business models are promising to develop transparent business and increase consumer trust. This is especially true for coworking spaces which are about strengthening trust and tightening ties between members. Open data on revenues can be a powerful way to renew transparency in the corporate sector.

How did it turn out? Samuel, as both the host of the event and a partner at Yelloworking, went through every single invoice and reported it in a CSV file. Then, he visualized the data using Raw, an incredible tool made by Density Design. Data has been published on NosDonnees.fr, a CKAN instance run by Open Knowledge France and Regards Citoyens.

What’s next: Yelloworking now wants to open data on its operating expenses. However, the work to report this information will take much longer.

Activity #3: Deliberations of the city council

The concept: The city council of Aix en Provence, as everywhere in France, votes on deliberations (public debates by city officials). These protocols are online, and can be downloaded as a PDF, but for the average citizen, inspecting and understanding the official lingo in these files is a fastidious job. PourAix, a young collective dedicated to mobilisation and citizens participation, had an excellent idea to map these complicated documents to make local policymaking more accessible. For each protocol, they identified the place that are affected by the decision and created a map. The participants crowdsourced this information and reported the precise place concerned by each deliberation in a file in order to create a map including date, location, name of the elected official proposing the bill, full text of the document, decisions taken.

Why it matters not only here: We know that much extremely valuable information about local life is still stuck in PDF. Crowdsourcing can, in a matter of hours, make these information much more accessible and processable. This in the end, can help and foster accountability.

How did it turn out? More than 100 deliberations were mapped. Crowdsourcing helped PourAix to map all 2015 deliberations. The data were published on their data portal data.pouraix.fr, on data.gouv.fr and mapped using Umap, OSM France ’s tool.

What’s next:  These crowdsourced data will be used to create a monitoring tool for citizens on the model of NosDeputes.fr, the Parliament Monitoring Tool made by Regards Citoyens. 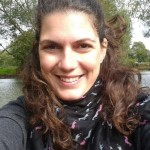