During the recent Ultrahack 2016 tournament in Helsinki (one of the biggest hackathons in Europe for the development ideas and software), we formed a team called Two Minutes for My City that participated on the #hackthenation track. Our initial idea to improve the visualization of municipal decision processes evolved into a prototype of a mobile app that uses gamification and personalisation to encourage citizens to schedule time to follow decisions made by municipal offices. We got into the Ultrahack finals, with our prototype being one the three best projects in #hackthenation.

Helsinki has been a leader of open data in the Nordic countries and celebrated five years of successful Helsinki Region Infoshare, the open data portal of the city,in May 2016. For querying municipal decisions there is the dedicated OpenAhjo API, which has two interfaces built on it: he city’s own official portal which is still in beta and the “rivalling” portal developed by Open Knowledge Finland.

Although the official portal is more polished, it offers a view that is mostly useful for bureaucrats who already know the context of the decisions made and doesn’t provide any means of citizen participation. The independently developed portal is more robust and has implemented user registration and feedback with the precision of section of every document. However, neither of the portals offers a proper citizen-centric user experience for working with the decisions.

This is the setup we started with. Since two members of the team had already an experience of visualizing municpal decison processes from another hackathon in Tartu, the initial plan was to develop these visualization ideas further in Helsinki. However, after a night of heated discussions about principles of user experience and civic participation, we ended up with taking even one more step back toward the common citizen.

And this is the experience we want to share with you, pitching-at-a-hackathon style.

Although municipal politics is the level of politics closest to citizens, people are not very interested in it. And they have a point, because local politics consists mostly of piles of rather uninteresting documents, meetings, protocols etc. So we don’t really wan’t to force people to change their mind, because they are right. Most of the time, municipal politics is really boring.

But this doesn’t mean that people don’t care about the actual decisions made at a local level. At least some of these decisions relate to things we have direct experience with, be it something from our neighborhood or related to our hobbies, occupation etc. Local issues have a high potential of being the subject of informed opinions compared to global or state level issues.

Although it might be not very glamourous to follow and discuss issues decided at the municipal offices, we still usually have opinions on these, if they are presented us in a meaningful form. And about some things we have strong opinions and we really want to be heard.

The problem is that we want to participate in decision making on our terms. And these are not the terms of officials of the city. And be aware, these are also not the same terms of those dedicated activists. But most of us would still be quite okay with dedicating one or two minutes for the city – let’s say once a week. So we built a prototype of a mobile app that lets you do exactly that.

Let’s say it’s Monday morning and you are waiting for a bus. Or you are in a traffic jam on Friday evening? Time to give your two minutes for the city? Based on your place of residence, the public services you use and the subject matters you are subscribed to we present you the most important issues brought up in the city last week.

With a simple and intuitive user interface you can skim through about three to dozen issues and give your immediate reaction to each of them. This might be equivalent of clicking a button like “yes, continue with that”, “this is important, take it seriously”, or giving your two words like “too expensive” or even something more nuanced like “take a break” or “damn hipsters”.

Maybe these are the right words and rest of the people agree with you. But for the most of time you probably just skim through the issues without making any extra efforts. Yet this is already valuable feedback to municipal offices about which things people have opinions on or care about: they will know about the “shit” before it hits the fan and they need to start finding excuses for bad decisions.

For most of us this is just staying informed in a very basic level of things we can relate to. We don’t want to get involved too much, because it’s a lot of hassle and we have our own lives too. But sometimes issues come up that make us willing to take action.

This is a rare moment where roles of a peaceful citizen and an activist start to overlap. Being an activist is not an easy job and it takes lots of skills to be a succesful community activist. This is the moment lots of us would feel hesitation. Should I do something? What should I do? Will it have any impact? Since I don’t have all the information, will officials consider me a troublemaker? What will my friends and colleagues think of me, if this comes public?

For that occasion we have listed the most bulletproof ways of taking the issue further. First of all you can start a discussion on the issue of your concern, which may end up as a petition or a public meeting with people with similar considerations, but there are also options to make an information request or poke the official responsible some other meaningful way. You may not want waste your time organizing a public protest in front of the city hall, when a proper way to solve the issue would be to contact an official responsible and propose your amendment to the issue discussed!

The mobile application is not meant to solve all problems of democratic participation at once. We don’t want to force people into becoming dedicated activists, if they don’t want to. But we want to make this option available at the exact moment when it’s needed and provide the relevant links and instruction manuals. But besides that people will also see how other citizens and notorious activists have used these instruments of taking things to the next level and when have they been successful.

This way the proposed model of participation on our own terms takes the role of providing civic education. Our simple mobile application is meant to be a gateway to more advanced participation portals, be it portals for freedom of information requests, discussing policy issues on digital forums, starting petitions or organizing public protests.

By hacking the citizens’ motivation to participate in municipal decision-making processes we aim to solve the specific problem of entry point to digital participation. This is the missing link between our daily lives and politics in the level closest to us.

We based our prototype on OpenAhjo API, which provides open data about the decision processes of the city of Helsinki. However, a new version of the decision API is being developed by 6aika, the cooperation body of six cities in the Helsinki region. This means that in the near future our solution could be easily adapted to automatically cover municipal decision making processes from all of these cities.

We are also promoting the standards developed in Helsinki region in Tallinn and Tartu, the two largest cities in Estonia, so we could scale the use of our application over the Finnish Gulf.

However, the problem of adequate entry point to digital participation tools is a global issue, which all of the e-democracy experiments from Buenos Aires to Tallinn struggle with. So if we hit the spot with our application, we might be able to boost participation experiments all over the world. 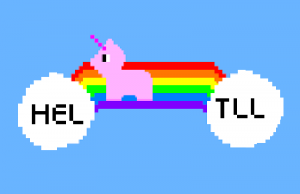 We intend to solve the specific problem with entry point to digital participation for good. We do it by doing four things:

Our gateway to participation needs to be backed by more advanced portals and dashboards provided by municipalities or civil society organizations. Open data is a prerequisite that enables us to do that in a proper and scalable manner.

We will make a huge impact by combining the most simple and intuitive entry point to municipal issues with the advanced features the activists are experimenting with.

We just need to build and deploy the application with the support of at least one city to start pushing the whole package all around the world.

This is our two cents for making democracy great again. Now it’s your turn!

Märt Põder is very much into free and open information society, from free software to open governance. He has a background in philosophy, informatics and education and participates in Open Knowledge Estonia.