The Global Open Data Index (GODI) is one of our core projects at Open Knowledge International. The index measures and benchmarks the openness of government data around the world. As we complete the review phase of the audit of government data, we are soliciting feedback on the submission process. Tricia Govindasamy shares her experience submitting to #GODI16. 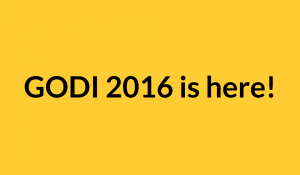 Open Data Durban (ODD), a civic tech lab based in Durban South Africa, received the opportunity from Open Knowledge International (OKI) to contribute to the Global Open Data Index (GODI) 2016 for eight (8) southern African countries. OKI defines GODI as “an annual effort to measure the state of open government data around the world.” With a fast approaching deadline, I was eager to take up the challenge of measuring the openness of specified datasets as made available by the governments of South Africa, Botswana, Namibia, Malawi, Zambia, Zimbabwe, Mozambique and Lesotho.

This intense data wrangling consisted of finding the state of open government data for the following datasets: National Maps, National Laws, Government Budget, Government Spending, National Statistics, Administrative Boundaries, Procurement, Pollutant Emissions, Election Results, Weather Forecast, Water Quality, Locations, Draft Legislation, Company Register, Land Ownership. A quick calculation: 15 datasets multiplied by 8 individual countries, results in 120 surveys! As you can imagine, this repetitive task took hours of google searches until late hours of the night (the best and most productive time for data wrangling I reckon) resulting in my sleep pattern being completely messed up. Nonetheless, I got the task done. Here are some of the findings.

Part of the survey for Pollutant Emissions in South Africa

The African Development Bank developed Open Data Portals for most of the 8 countries. At first sight, these portals are quite impressive with data visualisations and graphics, however, these portals are poorly organised and rarely updated. For most countries, the environmental departments are lagging as there is barely any records on Pollutant Emissions or Water Quality. Datasets on Weather forecasts and Land Ownership are only available for half of the countries. In some situations, sections of the datasets were not available. For example, while both South Africa and Malawi had data on land parcel boundary, there was no data on property value or tenure type.

It was quite shocking to note that Company Register, an important dataset that can help monitor fraud as it relates to trade and industry was unavailable for all the countries with the exception of Lesotho.

National Laws dataset was found for all countries with the exception of Mozambique, whereas Draft Legislation data was not available in Mozambique, Namibia and Botswana. I believe the availability of data on National Laws for almost all the countries can in part be attributed to the African Legal Information Institute, which has contributed to making legalisation open and has created websites for South Africa, Lesotho, Malawi and Zambia. Also, while Government Budget and Expenditure data are available, important detailed information such as transactions are lacking for most countries.

On a more positive note, Election Results compiled by independent electoral commissions were the easiest data to find and were generally up to date for all countries except Mozambique, for which I found no results.

It is important to note that none of the datasets for any of the 8 countries are openly licensed or in the public domain, begging the question for more education on the importance of the matter.

OKI has a forum in which Network members from around the world discuss projects and also ask and resolve questions. I must admit, I took full advantage of this since I am a new member of the community with my training wheels still on. The biggest challenge I faced during this process was searching for Mozambique’s government data. I had to resort to using Google translator to find relevant data sources since all the data are published in Portuguese, Mozambique’s national language.

Due to the language barrier, I felt certain things were lost in translation, thus not providing a fair depiction of the survey. Luckily, OKI members from Brazil will be reviewing my submission to verify the data sources. 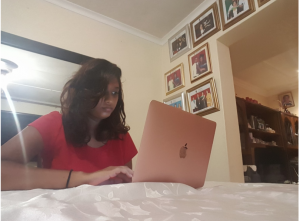 Tricia Govindasamy submitting to GODI on behalf of 8 countries in southern Africa.

Being South African and having prior knowledge of available government data made the process much easier when I submitted for South Africa. I already knew where to find the data sources even though many of the sources did not show up on simple google searches. I do not have experience with government data from the 7 other countries so I solely relied on google searches which may or may not have contained all exhaustible sources of data in its first few pages of search results.

The part of the survey which I felt my efforts really did not provide much insight into the Index was in situations where I found no datasets. If no datasets are found, the survey asks to “provide the reason that the data are not collected by the government”. I did not have any evidence to sufficiently substantiate an answer and contacting government departments for a variety of countries to get an answer was simply not practical at the time.

I would like to thank OKI for giving Open Data Durban the opportunity to be part of contributing to  GODI. It was a fulfilling experience as it is a volunteer based programme for people around the world. It is always great to know that the open data community extends beyond just Durban or South Africa but is an international community who are always collaborating on projects with a joint objective of advocating for open data. 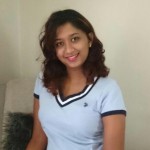 Tricia is an Open Government Fellow for Open Data Durban, South Africa. Her studies in Geological Sciences and GIS inspires her to use open data to solve environmental issues.

Tricia is an Open Government Fellow for Open Data Durban, South Africa. Her studies in Geological Sciences and GIS inspires her to use open data to solve environmental issues.