We had a lot of localities joining the International Open Data Day (IODD) – the international website for the IODD shows 42 localities in Japan, but our listing shows 65. OK Japan members helped promote the event via pre-event, social media, and the Japanese website.

We saw a lot of discussions, hackathons, and some mapping parties, among others. Many ‘Code For’s’ were involved in hosting the event.

Annually, OK Japan joins a group of other organisations celebrating major and noteworthy achievements in open data in Japan, by issuing unsolicited awards to whoever we think deserves the annual award. We are happy to share that this year OK Japan awarded the digitisation project of classic Japanese materials by the National Institute of Japanese Literature and Center for Open Data in the Humanities. Their dataset includes some cooking books from Edo Period, and some recipes are modified and put into modern Japanese language and released in the Edo period recipe section of largest recipe sharing site in Japan, Cookpad. 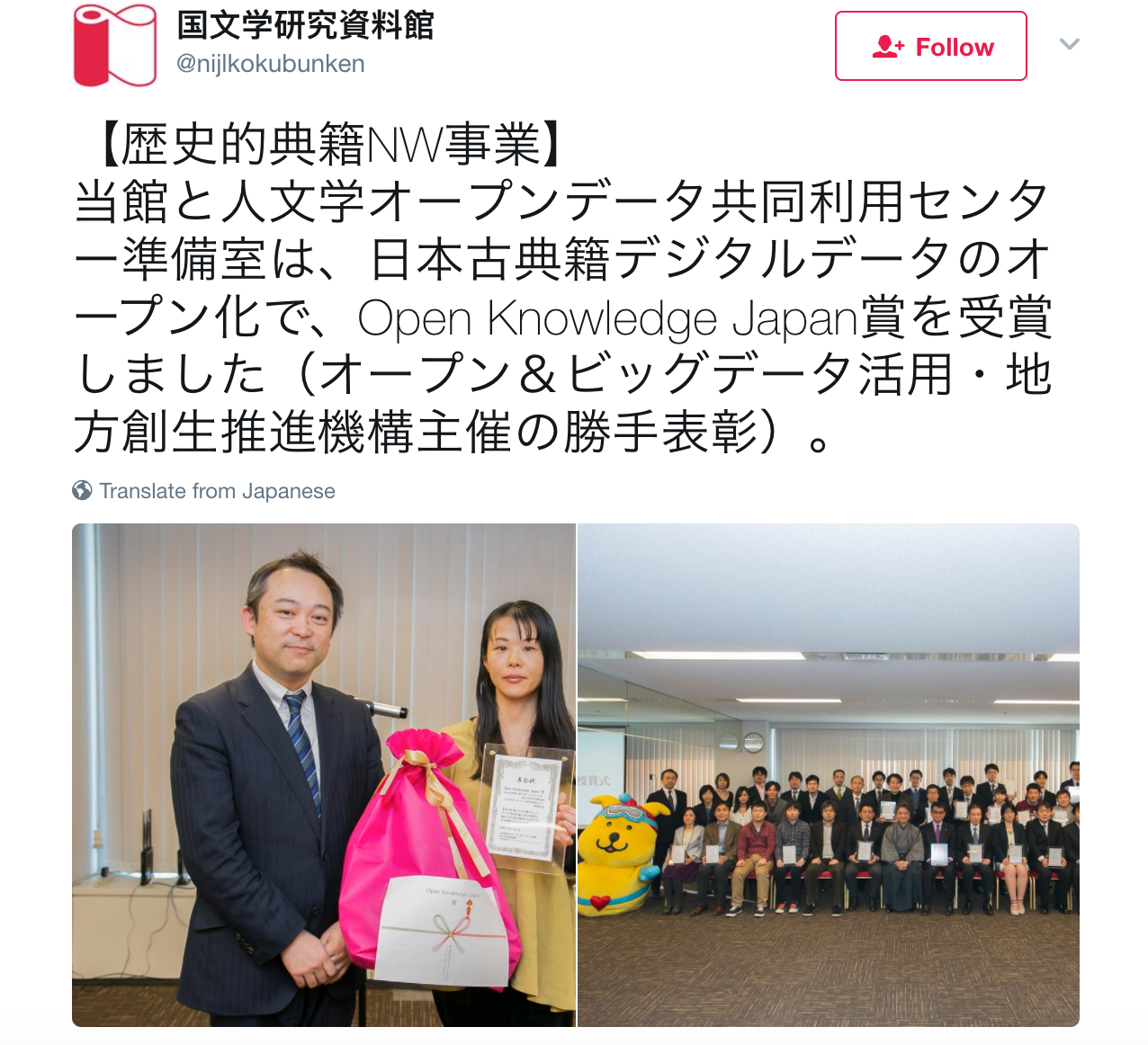 This year’s awardees (in Japanese) include the legislators who worked on the basic law for government and private sector data use promotion, which now provide legal ground for open data (see below), which is the best award; health-related open data by Ministry of Health, Labor, and Welfare; and one-stop search on meeting minutes and transcripts of prefectural and major city legislatures by Bitlet and Yasuo Oda, and so many more.

Basic law to promote data use, including open data

The Japanese Parliament passed a law on data use in early December 2016. Under the law, the Japanese government creates a new high-level committee to promote data usage. National and prefectural governments are required under this law to develop their plans to disseminate easily usable data online. Municipal governments and private sector businesses are also expected to make efforts to help the cause. The goal is to gain economic benefits. 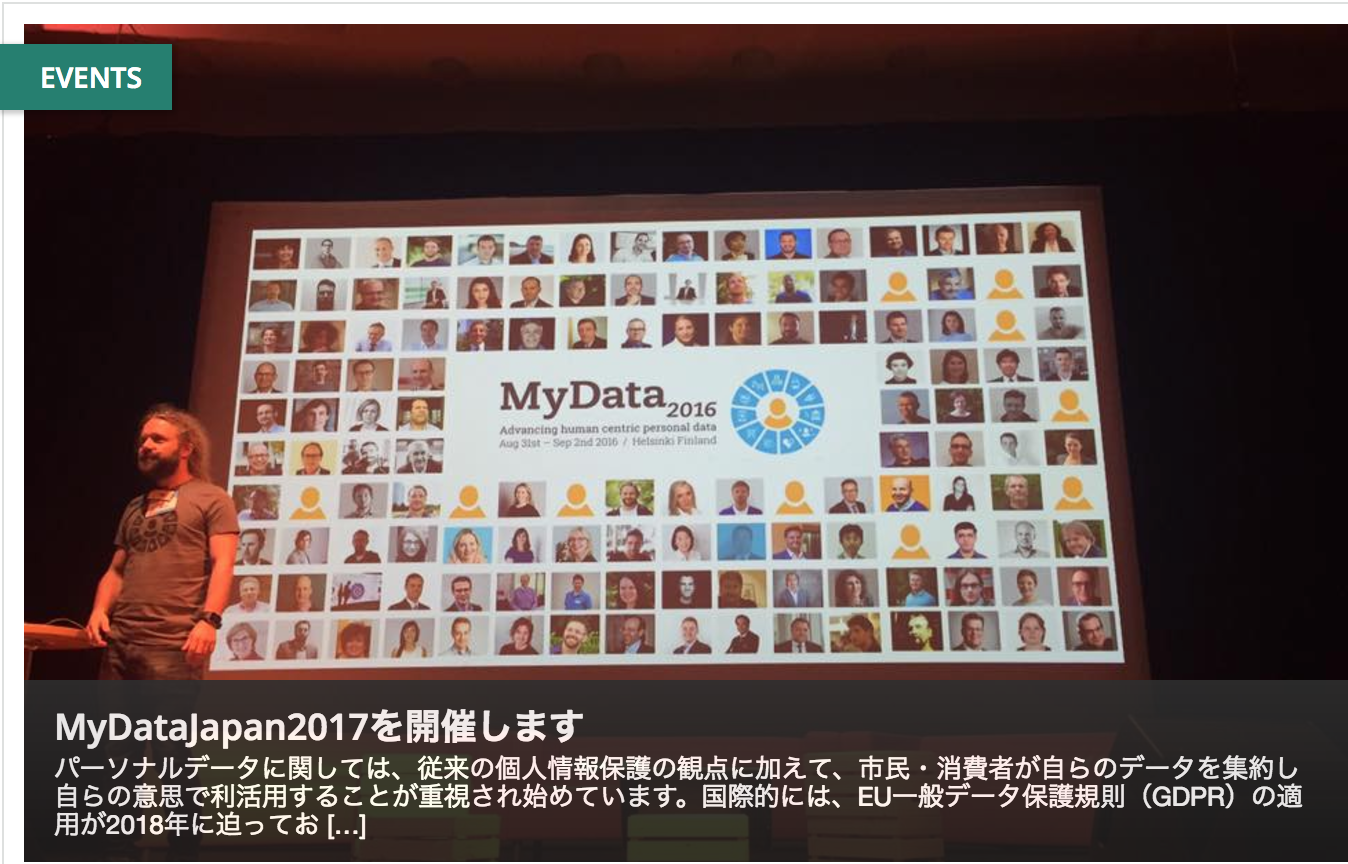 Inspired by the event hosted by OK Finland, MyData 2016, some attendees and others interested in the proper and active use of personal data have decided to hold MyData Japan 2017. The OK Japan Chapter will serve as the host and organiser of this whole-day event, which takes place on 19 May 2017 in Tokyo.

Contact Tomoaki Watanabe [watanabe@glocom.ac.jp], the coordinator of Open Knowledge Japan for more information regarding their events and activities.

The OK Japan chapter has been active in the open data space, engaged in activities such as the promotion of open data use and policy discussions. Since we formed the team in 2012, our members have been instrumental in promoting International Open Data Day in Japan and OpenSpending/ Where Does My Money Go. We published use cases and other notable open data developments through our blog [http://okfn.jp/].