This month Pavel Richter, CEO of Open Knowledge International, was interviewed by Stephen Ladek of Aidpreneur for the 161st episode of his Terms of Reference podcast. Aidpreneur is an online community focused on social enterprise, humanitarian aid and international development that runs this podcast to cover important topics in the social impact sector.

Under the title ‘Supporting The Open Data Movement’, Stephen Ladek and Pavel Richter discuss a range of topics surrounding open data, such as what open data means, how open data can improve people’s lives (including the role it can play in aid and development work) and the current state of openness in the world. As Pavel phrases it: “There are limitless ways where open data is part of your life already, or at least should be”.

Pavel Richter joined Open Knowledge International as CEO in April 2015, following five years of experience as Executive Director of Wikimedia Deutschland. He explains how Open Knowledge International has set its’ focus on bridging the gap between the people who could make the best use of open data (civil society organisations and activists in areas such as human rights, health or the fight against corruption) and the people who have the technical knowledge on how to work with data. OKI can make an impact by bridging this gap, empowering these organisations to use open data to improve people’s lives. 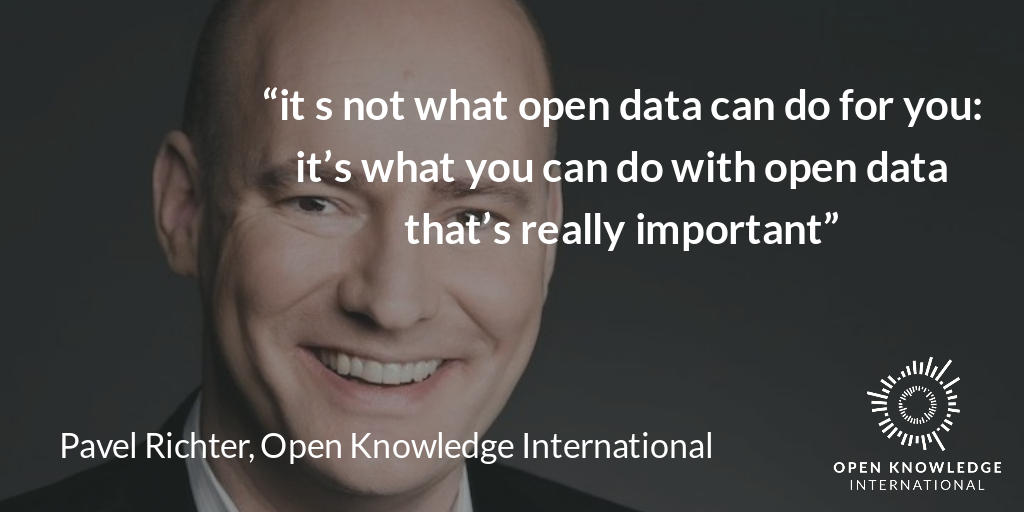 The podcast goes into several examples that demonstrate the value of open data in our everyday life, from how OpenStreetMap was used by volunteers following the Nepal earthquake to map where roads were destroyed or still accessible, to governments opening up financial data on tax returns or on how foreign aid money is spent, to projects such as OpenTrials opening up clinical trial data, so that people are able to get information on what kind of drugs are being tested for effectiveness against viruses such as Ebola or Zika.

In addition, Stephen Ladek and Pavel Richter discuss questions surrounding potential misuse of open data, the role of the cultural context in open data, and the current state of open data around the world, as measured in recent initiatives such as the Open Data Barometer and the Global Open Data Index.

Listen to the full podcast below, or visit the Aidpreneur website for more information: