The European Commission proposed a new PSI Directive, that describes when and how publicly held data can be re-used by anyone (aka open government data). The proposal contains several highly interesting elements: it extends the scope to public undertakings (utilities and transport mostly) and research data, it limits the ways in which government can charge for data, introduces a high value data list which must be freely and openly available, mandates API’s, and makes de-facto exclusive arrangements transparent. It also calls for delegated powers for the EC to change practical details of the Directive in future, which opens interesting possibilities. In the coming months (years) it remains to be seen what the Member States and the European Parliament will do to weaken or strengthen this proposal.

Changes in the PSI Directive announced

On 25 April, the European Commission announced new measures to stimulate the European data economy, said to be building on the GDPR, as well as detailing the European framework for the free flow of non-personal data. The EC announced new guidelines for the sharing of scientific data, and for how businesses exchange data. It announced an action plan that increases safeguards on personal data related to health care and seeks to stimulate European cooperation on using this data. The EC also proposes to change the PSI Directive which governs the re-use of public sector information, commonly known as Open Government Data. In previous months the PSI Directive was evaluated (see an evaluation report here, in which my colleague Marc and I were involved).

This post takes a closer look at what the EC proposes for the PSI Directive. (I did the same thing when the last version was published in 2013) This is of course a first proposal from the EC, and it may significantly change as a result of discussions with Member States and the European Parliament, before it becomes finalised and enters into law. Taking a look at the proposed new directive is of interest to see what’s new, what from an open data perspective is missing, and to see where debate with Member States is most likely. The bullets indicate the more interesting changes.

The original PSI Directive was adopted in 2003 and a revised version implemented in 2015. Where the original PSI Directive stems from well before the emergence of the open data movement, and was written with mostly ‘traditional’ and existing re-users of government information in mind, the 2015 revision already adopted some elements bringing it closer to the Open Definition. With this new proposal, again the yardstick is how it increases openness and sets minimum requirements that align with the open definition, and how much of it will be mandatory for Member States. So, scope and access rights, redress, charging and licensing, standards and formats are important. There are also some general context elements that stand out from the proposal.

A floor for the data-based society

In the recital for the proposal what jumps out is a small change in wording concerning the necessity of the PSI Directive. Where it used to say “information and knowledge” it now says “the evolution towards a data-based society influences the life of every citizen”. Towards the end of the proposal it describes the Directive as a means to improve the proper functioning of the European data economy, where it used to read ‘content industry’. The proposed directive lists minimum requirements for governments to provide data in ways that enable citizens and economic activity, but suggests Member States can and should do more, and not just stick with the floor this proposal puts in place.

There are a few novel elements spread out through the proposal that are of interest, because they seem intended to make the PSI Directive more flexible with an eye to the future. 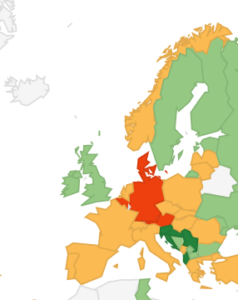 Asking for documents to re-use, and redress mechanisms if denied

Let’s see how the EC takes this proposal forward, and what the reactions of the Member States and the European Parliament will be. 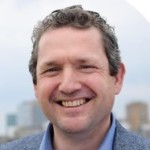