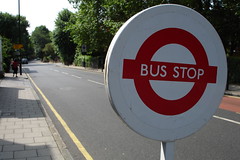 NaPTAN provides a unique identifier for every point of access to public transport in the UK, together with meaningful text descriptions of the stop point and its location.

The NaPTAN page on the Open Street Map wiki says the data contains:

[…] details of some 350,000 public transport access points in Great Britain including bus stops, railway stations, tram stops and ferry terminals. This data includes a name, geocode, official code and other information useful to the project. The data set includes both the physical points of access to transport (Platforms, bus stops, airport gateways, etc), the interchanges (Stations, Airports, Ports, Clusters, etc ) and the the entrances to the interchanges from the street or public thoroughfare […]

While the main NaPTAN database has restrictions on commercial use (see the naptan package page on CKAN, added at our Workshop on Public Information last autumn), under a special arrangement with the DfT and Traveline, the Open Street Map Foundation has been given access to the database to import useful and relevant data to Open Street Map to be made open under the terms of their license, the Creative Commons Attribution Sharealike license.

An email from Roger Slevin at the DfT earlier this year placates the concerns that Ordnance Survey may claim rights in the data:

I am conscious that some concern has been expressed about whether OS has any rights to the NaPTAN data (or NPTG) – and I can assure the OSM community that the Department for Transport has been assured by Ordnance Survey that they do not claim any rights over NaPTAN location data – and it is a matter of record that Department for Transport is the owner of the NPTG database. Both NaPTAN and NPTG are maintained by DfT as national databases, collating data from all local transport authorities in England, Wales and Scotland.

Further details of the import agreement are available at:

A full list of NaPTAN data added to OSM is available at:

If you are based in the UK and interested in helping out – you can check that the data in your local area is correct, as there are some ghost stops in the data, and duplicates where transport access points were previously added to OSM!

This is excellent news – and big kudos to the DfT for donating the data! We hope that other departments consider following suit and adding their geodata to OSM!

The import was supported by Ideas in Transit, which is “a five-year project that applies User Innovation to the transport challenges faced by individuals and society”. For more on their Open Street Map related activity, you can see the Ideas in Transit page on the OSM wiki. 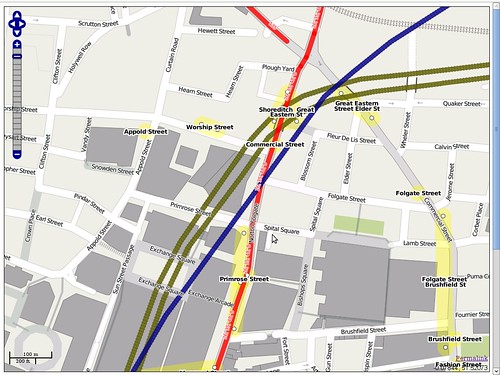 7 thoughts on “Where is the nearest bus stop? UK Department for Transport adds NaPTAN data to Open Street Map”