There has recently been a flurry of activity in the Open Street Map community to improve maps of Haiti to assist humanitarian aid organisations responding to the recent earthquake.

They have issued a call for assistance:

On January 12 2010, a 7.0 earthquake struck Port-au-Prince. The OpenStreetMap community can help the response by tracing Yahoo imagery and other data sources, and collecting existing data sets below. If you have connections with expat Haitian communities, consider getting in touch to work with them to enter place names, etc.

On Wednesday Mikel Maron wrote to the OSM talk list asking for help. Yesterday several companies authorised the OSM community to use their images.

There have been specific requests for up to date mapping information from humanitarian organisations on the ground. For example, on Wednesday, Nicolas Chavent of the Humanitarian OpenStreetMap Team wrote to the OSM talk list:

I am relaying a mapping requirement grounded in Haiti from GIS practitioners mapping there at the United Nations Office of Coordination of Humanitarian Affairs (UNOCHA): “NEED to map any spontaneous camps appearing in the imagery with size in area”

Recently generated data from Open Street Map has been used in maps by ITHACA (Information Technology for Humanitarian Assistance, Cooperation and Action) and the World Food Programme.

Yesterday evening Mikel Maron reported there had been over 400 edits since the earthquake. At the time of writing it looks like this has now more than doubled to over 800 edits since 12th January.

The following two images – before and after the earthquake – give you an impression of how much the OSM community have been doing! 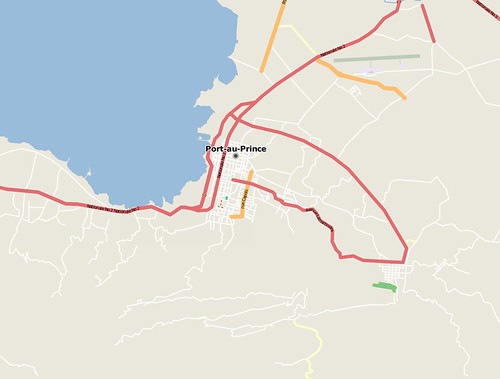 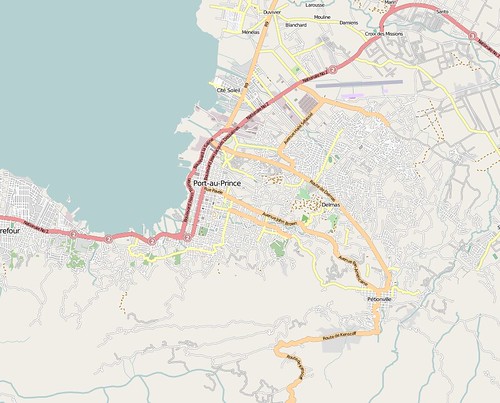