The following guest post is from Olav Anders Øvrebø, Assistant Professor at the University of Bergen, who recently worked on a report on open government data in Norway. 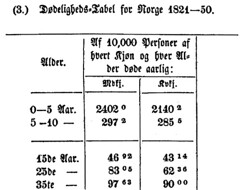 A loose community is forming, slowly pushing open data higher on the agenda of Norway’s politicians and civil servants. But these developers, journalists, academics, and IT business people have so far not achieved a significant breakthrough. Government pledges for opening up more data sources are still vague and non-binding.

The past few months I have led a fact-finding project about open data in Norway at the University of Bergen’s Department of Information Science and Media Studies. In the first phase of the project, we interviewed and surveyed civil servants at the state, regional and local government levels about their opinions on and interest in making datasets available for re-use. Our first project report (see English summary), presented at a seminar in Bergen in January, is mainly based on this work. Among the findings:

In theory, the Scandinavian countries are potential open data champions. There is a long and well-established tradition of transparency in government, backed by far-reaching freedom of information legislation. In Norway, the legislation was recently amended to include a paragraph on database information (an adjustment prompted by the EU’s PSI directive). Other legislation, notably on the right to access to environmental information, provide additional tools for open data advocates, journalists and others who want access to public sector data.

In practice, however, open data remains a quite obscure question in the public sphere. The political attention generated by open data debates is nowhere near the levels seen in the US and UK. There are some signs of change, though. Recently, the Ministry of Government Administration has indicated that it will soon launch an Apps for Democracy-like competition. The success of some open data iniatitives such as weather data from the Meteorological Institute and (on a smaller scale) of airline traffic data from the state airport company Avinor, has stirred some interest among state agencies.

On the “demand” side, I think it’s fair to say that the legal tools I mentioned are not very well known and little used when it comes to forcing access to data sources. In contrast, claiming access to text documents is routine among Norwegian journalists, so also in this area the potential is there.

At our university department, we plan to continue our project with a different approach – building applications or services, hopefully in cooperation with Norwegian media. This way, we want to demonstrate how government data can be re-used in ways that stimulate public debate. We also have an ambition to strengthen the development of computational journalism. If we succeed in this, we can give a small contribution to what must be a long term goal for the open data community – moving from raw data to real insight.

7 thoughts on “Open government data in Norway: mounting interest but no breakthrough yet”