The following is a guest blog post from Prof. Philipp Mueller about his talk on Openness as Strategy at the Open Knowledge Conference, June, 30th & July 1st 2011 in Berlin.

We live in a world where information and communication technologies have confronted us with new logics of collective action that allow new forms of organizing knowledge and that need new forms of strategic thinking. With the digitization of value creation and the ability to collaborate on value creation across space and time, we have been able to move from a one-to-many, or mass society, to a many-to-many, or network society – knowledge communities have become the fundamental building bloc of our society.

A reduction in the transaction costs of collaboration to the level that is possible with many-to-many media, allows new forms of organizations that collaborate openly by sharing knowledge in value chains across space and time. Such open value chains need new forms of organizational strategy and leadership if they shall live up to their promise. There are several examples of great leadership of Open Knowledge Communities, Jimbo Wales, Linus Torvalds, or Ory Okolloh come to mind. However, there is not yet much thinking about how to teach the principles of such leadership. There is some writing on the new logic of many-to-many society and there are some very practical how-to-guides, however, what is missing is a fundamental reflection on what strategy will look like in a many-to-many world. In philosophical terms, we are missing a realistic perspective on the fundamental transformation we are experiencing. In keynotes and seminars, I have expressed this need with the question, „what would Machiavelli suggest to us in an open knowledge society?“

His talk is scheduled for June, 30th at 19:30, for details see: “Openness as Strategy: Leading Open Knowledge Communities“

Machiavelli was the earliest thinker that was able to see and translate into strategic advice the new modern paradigm developing. He understood that with the rediscovery of antiquity and the emerging humanism, the legitimation of collective action was transforming. He understood the perpetual governance crisis of modernity that developed when authority was not anymore legitimated by a transcendent source, i.e. God. Where until the 16th Century an allusion to god or nature was sufficient to explain human governance, he unearthed the relevance of immanent legitimation and formulated it as strategy advice to the prince. We are living through a similar time, the shift is just as profound. We are moving away from the idea of hierarchical organizations in business, government and civil society into a world of networked and project-centered open value chains. However, our conceptual vocabulary and our culture is still stuck in the 20th Century and therefore we do not yet fully realize their potential. What is missing is a strategy guide to this brave new world. Machiavelli took up the challenge of trying to make sense of a world that was moving from understanding itself as deterministically following the transcendent will to a world of freedom and choice. In an analogous fashion, we have to try to understand the underlying principles of many-to-many society to outline strategies for successful collective action.

There are two major drivers of many-to-many society: the ease to connect (technology) and the willingness to connect (culture). The ease to connect stems from technologies that allow us to ignore territorial space and linear time. We can post an answer to a question in a forum that was asked several years ago on a different continent. The person that has asked the question might have moved on, but the answer might be relevant to someone in the future that is not even born today. However, without a willingness to interact, without a network culture, the ability does not lead to a changed world. It is not technological determinism, but the interplay between new social practices and enabling technologies that have transformative potential.

With the radical reduction of the transaction costs of collective action through many-to-many technologies new form of organization becomes possible. Commons-based peer production is a term coined by Harvard Law School professor Yochai Benkler to describe a new model of economic production in which the creative energy of large numbers of people is coordinated (usually with the aid of the internet) into large, meaningful projects, mostly without traditional hierarchical organization or financial compensation. He distinguishes commons-based peer production from (a) firm production where a centralized decision process decides what has to be done and by whom and (b) market-based production where tagging different prices to different jobs serves as an attractor to anyone interested in doing the job. If this mode of collective action is viable, we need to ask how to structure such interactions and how to lead such processes.

Over the last 30 years, we have been observing a move from black box production, with a focus on optimizing the value chain, to co-production and its focus on supply chain management, to open production on user-generated work-flow-platforms such as Wikipedia and Ubuntu, but also facebook and twitter. This means that strategy changes from competitive strategy (positioning) to communicative meta-strategies (persuading and community creation).

Open value creation consists of open policy making and the management of the open value chain. The distinction is slightly arbitrary but useful. It allows us to differentiate between coming up with a value generating process (policy) and repeatedly creating the value (value chain). Open value creation is possible because of new technologies that allow us to structure idea generation and information aggregation in digital form. The core technologies of open value creation are the wiki, a principle-based, user-generated platforms, with flexible moderation capacity, the forum, a question driven user-generated knowledge platform, blogging, a core message with feedback/discourse loop, and work flow management and visualization tools such as enterprise resource planning, process mapping tools, think SAP, Oracle, SugarCRM, etc. Together they allow us to structure policy and value creation processes, by enhancing ideation, deliberation, i.e. commenting and discussion, collaboration, generating values, and accountability, i.e. through the parsing of data to control processes. Therefore, the architecture of our value creation processes is of utmost concern. How do we design such processes? The simple answer is Larry Lessig’s “code is law” (1998), which says governance can be encoded into software, as in the first rule of twittering: “thou shalt not write more than 140 characters” where enforcement is automatic, technically, you cannot send a tweet of more than 140 characters. So in our simplest many-to-many society, code, law, strategy, and enforcement are one.

Therefore, counter-intuitively, if he were alive today, Machiavelli, with his sensitivity for hard-nosed realism, would advice the princess to create open value chains with interfaces to outside stakeholders both in policy and implementation, from research and development to after-sales. 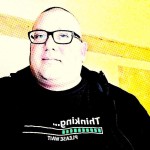