The following guest post is by Julian Tait, the key coordinator of the Open Data Cities project for FutureEverything in Greater Manchester and ongoing advocate for the DataGM datastore.

How would cities evolve if all data were made open?
Would the same inequalities and asymmetries persist?
What would need to happen within the city to bring about the adoption of more open and transparent practices?

These are the questions that we were asking when we started Open Data Cities in May 2009. In November that year we received funding to make Manchester the UK’s first Open Data City.

Greater Manchester is a region in the North West of England with a population of 2.8 million people. It comprises 10 boroughs containing two cities and many large towns. Local authorities still deliver services to tight geographical boundaries, but this is not the reality of how people use the city. For our project to work, we needed to view the city as a functioning organism. The region was adopting City Region status, which prompted a certain alignment in terms of data and information, as well as enabling, theoretically, a coherent region-wide strategy to be implemented. 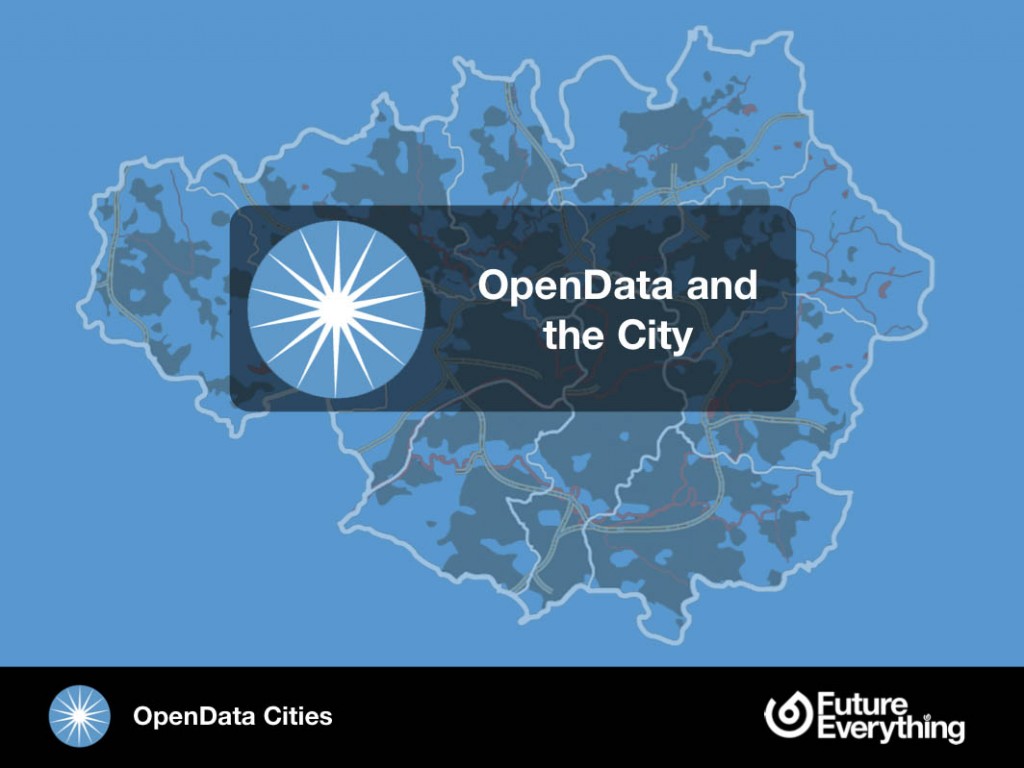 Working across ten boroughs, each with its own administrative and data structure and specific set of difficulties, was challenging. It was necessary to adopt a pragmatic, non-threatening approach. Conversations centered around the idea of allowing citizens to look ‘under the hood’ of public services, creating better understanding of what councils do. Most importantly we were interested in rebalancing the relationship between public service and citizen – for services to be delivered with citizens rather than simply to citizens.

How will data benefit ordinary people? Who’s going to make the apps to make it happen?

At the start of the Open Data Cities project, the Open Data Manchester community formed to provide evidence that there was indeed a ‘demand’ for the release of open data within the region. In particular, there was a growing acceptance that enabling people to access the data and information relevant to their locality was important, borne out by the emergence of hyperlocal blogging of community news and information.

Open Data Cities also emphasised the innovation and economic benefits of open data to the region. Opening up the ‘undiscovered country’ of open data, could kick-start an economy based on the creation of data services. Research had identified that open data could add £6 billion of added value to the UK economy – how much of that value could be injected into the regional economy?

High-value, ‘quality of life’ datasets were identified. Greater Manchester Passenger Transport Executive, now TfGM, decided to release large and regularly updated datasets. This sparked a number of good applications but most of them were ‘proof of concept’ with little that could really be considered ready for market. This wasn’t the ‘release the data and people will build cool stuff’ future that we had been promoting.

By talking to people who were involved in Open Data Manchester and the wider Greater Manchester digital community, it became apparent that although open data offered opportunities, there were a number of significant barriers that were inhibiting the development of services. The first major issue was return on investment – how to stimulate a market so that developers know their efforts will be rewarded? We tackled this issue through innovation challenges with large incentives. The other two key, and intertwined, stumbling blocks were risk and liability. Open data transfers the risk and liabilities of data accuracy and security from those who produce the data onto those who develop apps using it. The possibility that a data source might suddenly be withdrawn – leaving apps based on it redundant – or that data might be flawed, seemed to be making digital businesses wary of entering the open data sphere. The problem of liability was also cited as a reason why data-producers might be unwilling to their release data.

Furthermore, with many of the local authorities in a state of panic over drastic budget shortfalls, innovation and citizen empowerment were the least of concerns. Whilst some members of the group understood the logic of having a datastore and shared intelligence, there was a lot of resistance due in part to job insecurity, and to the lack of concrete output. The idea was seen as attractive but not essential.

Gradually more evidence started to emerge as to the inefficiencies of a closed data culture. FOI requests cost Greater Manchester public bodies over £4 million a year, while over 600 public officials a day are unable to find or use data that they require for their jobs – costing authorities over £8.5 million a year. The annoying tendency – for public bodies – of citizens using services outside their borough boundaries also creates difficulties. With no pan – Greater Manchester data initiative it is difficult for public bodies to create and deliver on coherent regional strategies. Open data offers a solution. 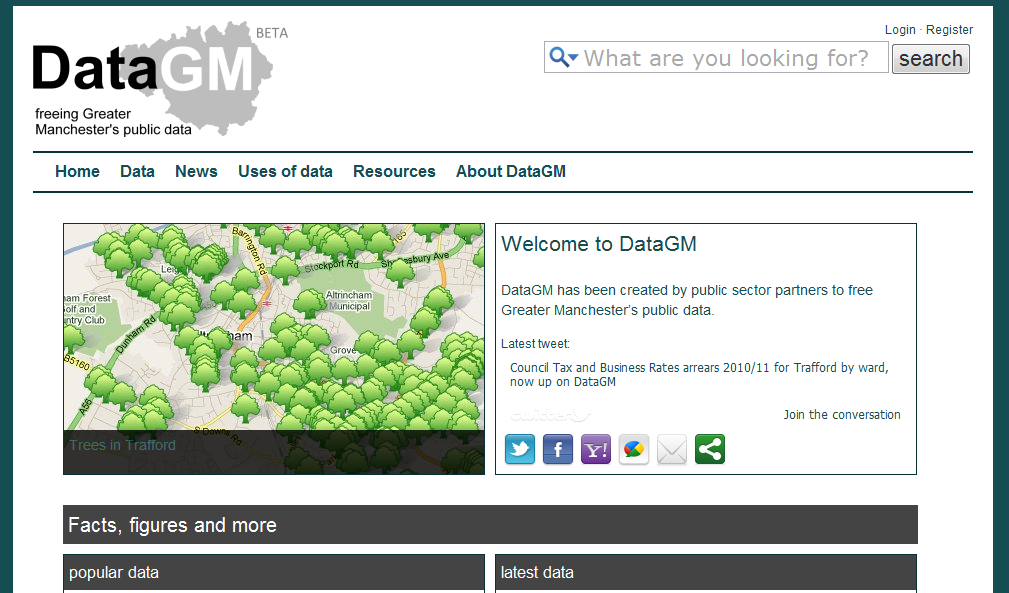 Through DataGM – a partnership between Greater Manchester public bodies led by Trafford Council – the economic logic of using a centralized open data catalogue is starting to make sense. DataGM is also starting to develop data release schedules so that local authorities can release similar data in a coordinated way. With developers such as Swrrl – one of the recent winners of the EU Open Data Challenge, some of that data is being expressed as Linked Data. The Open Data Manchester community continues to grow. Although there is still a long way to go with open data in Manchester it feels like more people within public service are starting to see the benefits, and the possibility of Greater Manchester becoming an Open Data City gets closer. 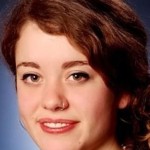