Speaking at the world’s biggest open government data event, the Open Government Data Camp 2011, we’re delighted to announce Andrew Rasiej! Get your tickets to hear him, and to join in with the whole range of presentations, workshops and hack sessions in Warsaw, here. 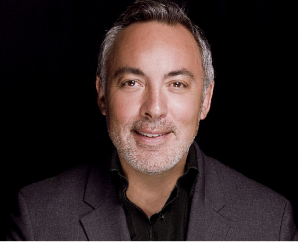 ###The New Era of We-Government

E-government has always been known as government agencies using technology people use every day to deliver the services we expect them to deliver. But now as governments make more public data available and citizens are beginning to collect data themselves, a new era is emerging called We-Government where citizens are building tools, applications, and platforms, that are useful to people in their civic lives. This new hybrid partnership between government and citizens has the potential to redefine civic engagement and re-envigorate democracy through civic participation that goes beyond voting while creating more efficiency, transparency, and accountability of government.

###About Andrew
Andrew Rasiej is a serial social entrepreneur and founder of the Personal Democracy Forum, an annual conference and website about the intersection of technology, politics, government and advocacy. He is also the co-founder of techPresident.com, an award winning blog that covers how the White House, the federal government, and Congress are using the web, and how technology is empowering new levels of citizen engagement throughout the United States. He is also the founder of MOUSE.org, a not for profit focused on 21st century public education; co-founder of Mideastwire.com, which translates Arabic and Farsi news and opinion pieces into English; and serves as Senior Technology Advisor to the Sunlight Foundation, a Washington DC-based organisation focused on using technology to help make government more transparent and accountable. He is also serves as Chairman of the NY Tech Meetup, a 20,000 member organization of technologists, venture funders, marketers, etc. representing the start up, technology, and innovation industry in New York City. He also coined such terms as: We-Government, Voter-Generated Content, and Videracy, to help describe the expanding digitally connected world we all now live in.