Editor’s Note: This blog post comes from Michaela Rybičková, one of the organisers of the OKFN’s newest regional group in the Czech Republic, #OpenDataCZ. You can find more information about our local groups and chapters here. 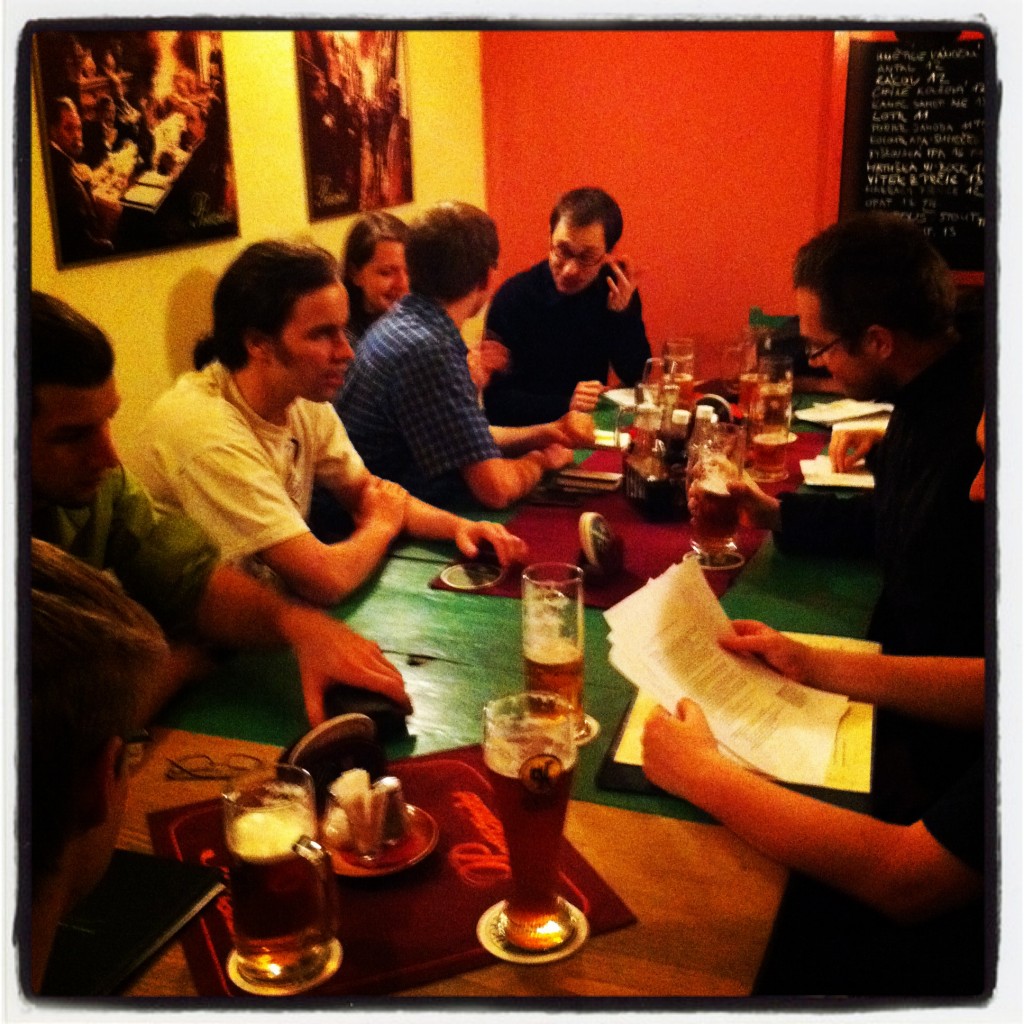 Our first Prague open data meetup was held on the 14th of December in the Kulový blesk restaurant. Despite it being a season of Christmas parties and common colds, the attendance was good – fourteen open data enthusiasts from various backgrounds gathered around a table to share their insights and plans. It was a rather informal event intended to bring the community together and meet each other in person.

Lots of interesting issues were discussed. My colleagues and I from Open Society Fund Prague (OSF) introduced the umbrella web for Czech open data initiatives that we are working on. While refreshing us with numerous kinds of local brews, we did a quick “beerstorming” to come up with a resonant brand for the website. Also, the Czech OKFN chapter was discussed; we introduced everyone to the current state and ask them to add their insights and ideas on interesting events.

Another strong topic was the Open Government Partnership (OGP) – commitments for the Czech Republic should be delivered in February, and the 19th of December was the deadline for public comments, so we tried to formulate our requirements.

It was a last-minute effort of quite a small group of people, but it was great to see the community working together and developing a bottom-up influence on government. A few days after sending the document with comments and objectives for OGP, its authors received an email from Marta Léblová, the coordinator of the government anti-corruption committee, in which she thanked them for their meaningful contribution and invited them to an official OGP action plan workshop which would be held on the 16th of January.

The atmosphere of the meetup was sincere and inspiring. The community showed a strong willingness to work together on diverse useful applications, set open data as an important part of government agenda and introduce it to broader public. Our New Year’s resolutions have been made, so now let’s grab our devices and fulfill them!

To get a clearer notion of the amazing potential of #opendatacz, here is a brief summary of the events that the community is preparing for this winter:

These launches should be accompanied by a linked data workshop for open data related initiatives prepared by the people from OpenData.cz.