Greece is our first Open Knowledge Foundation Local group in the Mediterranean, and just had their first meetup in Thessaloniki with regular public meetups and events to follow, including a public meetup with staff from the OKFN, Wikimedia, Creative Commons and other organisations on April 5th at the Aristoteleian University of Thessaloniki. For updates and to get involved, go to the OKFN:LOCAL Greece webpage at http://gr.okfn.org.

Since 2009, when the inventor of the Web – Tim Berners-Lee – published his work on open government data, governments globally have uploaded growing amounts of data to the Web. Governments are coming to understand the dynamics of this practice: transparency, returning information to the people, increase in the reliability and the functionality of the state’s services, and the potential for new applications.

Linked Data is increasingly recognized as the next big step in the Web’s evolution, and the LOD cloud formed is growing at a fast pace. It is, by far, the most widespread method for the publication of data in the Semantic Web.

The global scientific community, as well as plenty governments globally, have evaluated the potential and the benefits that services based on LOD can offer. The result of this assessment is a novel, global, collaborative effort that aims to contribute in this direction. The Open Knowledge Foundation is one of the key players in this effort, with frequent informative and hands-on meet-ups. Moreover, using the data hubs based on the OKFN’s CKAN platform, global open data is published and verified to be part of the LOD cloud. Finally OKFN apps, like Where Does My Money Go, OpenSpending, and Europe’s Energy demonstrate the value added of Linked Open Data.

The OKFN-Greece local group, in the frame of OKFN:LOCAL Chapters and Groups, will participate this effort with research teams, professors, graduate and undergraduate programmes, and other intersted parties.

OKFN-Greece, in collaboration with the Masters in Web Science and the “Semantic Web Innovation Group” (SWING) that are based in the Aristotle University of Thessaloniki, are aiming to exploit the existing Greek public Open Data available at geodata.gov.gr, to create the first Greek Linked Open Data Cloud.

DBpedia is a collaborative effort to export and reuse structured information from Wikipedia. It aims to offer new ways of exploiting the content richness of Wikipedia and to support new kinds of navigation, linking and improvement of the encyclopedia itself. The Greek DBpedia was the first fully multi-language version of DBpedia and is now the base of other international versions besides the English one. The Greek DBpedia, together with the English, is at the center of global linked data and aims to be the core of Greek Open Linked Data.

Diavgia (in Greek, translucence) is an effort by the Greek state to publish every decree on the Web (in raw file format), followed by additional metadata (type, date, signing parties, department etc). This effort began in 2010, initially as a pilot program in the state’s departments and gradually rolled out. The Clarity program introduces for the first time in Greece the obligation to publish all the decisions on the internet, with the exception of decisions that contain sensitive personal data and/or information on national security. It is quite an innovative program, even by European standards, aiming first of all to bring about the maximum publicity of the government policy and administrative action. The use of the internet guarantees wide publicity and access to information, progressively contributing to a culture change in the whole of the Public Administration. More information for the Linked Opend Data of Diavgia…

The Hellenic Police project encompasses efforts to extract valuable information from Greek Open Data originating from the Ministry of Citizen Protection and in particular from the Hellenic Police Department. It mainly involves crime incidents and aims to use these in the best possible manner so as to form meaningful scenarios. The primary goal is to provide applications and services that would reveal potentials for the department to improve upon its management procedures, have economic benefits from cost reductions and improvements in its crime prevention efficiency. A secondary but equally important goal is to encourage additional contributions to Greek open data and to innovative applications and services. More information on Greek Polica Open Linked Data. 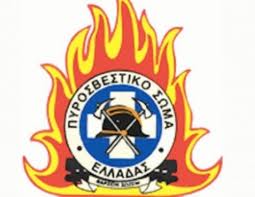 The whole data set containing information about the new municipalities, according to the «Καλλικράτης» program, as part of the effort to create the first Greek Linked Data cloud. More information on Kalitratis’ Linked Open Data.

Charalampos is coordinating the OKFN Greece National Group and teaching in the Web Science MSc Program at Aristotle University of Thessaloniki.