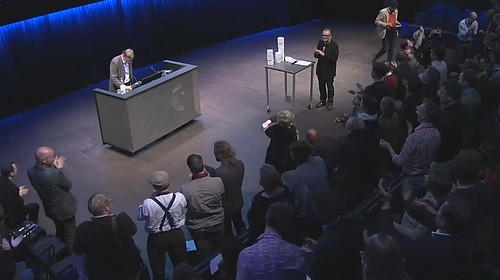 Gapminder is one of the best known examples of a project which uses open data to improve public understanding of big global issues and trends.

Yesterday Gapminder Founder Hans Rosling, who is also on the Open Knowledge Foundation’s Advisory Board, gave a spectacular keynote talk at OKFestival, for which he received a standing ovation. 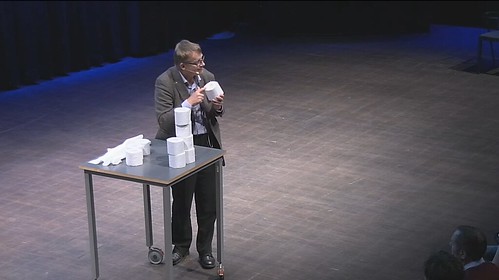 He spoke about the importance of story-telling and giving context and meaning to data through accompanying interpretation and analysis:

He went on to give some background on the development of the Gapminder project, which came out of classes he taught using UNICEF’s State of the World’s Children charts, which he said his students didn’t like to work with: 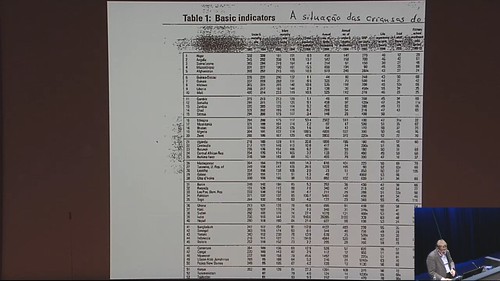 Trying to think of a better way to challenge their misconceptions about development trends, he came up with the idea of the bubble chart:

How long did it take to invent the bubble chart? It took one second. I know exactly where I was standing in the hallway that evening after a lecture when I said ‘I’ll make each country a bubble’. ‘Colour is continent, size is population and I’ll put money on one axis and health on the other.’ Ten years to prepare, twenty years to develop, one second to get the idea. I had a lot of ideas that didn’t bring me any fame at all.

He did his first mockups using Excel and StatView, which he photocopied onto overhead projector transparencies and coloured in by hand. 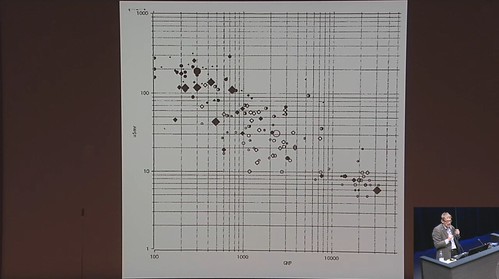 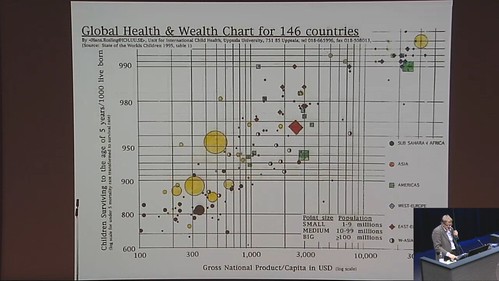 Within 12 hours, he was lecturing using the new chart. He advised others doing open data projects:

Don’t talk about what you should do, just mock up and do it very very fast!

With help from a developer he had a first static version of the project. Over the following decades his son Ola Rosling helped him transform this into the fully fledged interactive explorer that Gapminder is today. 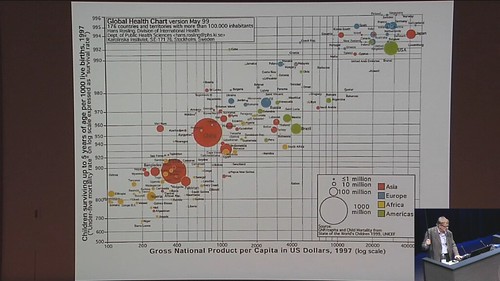 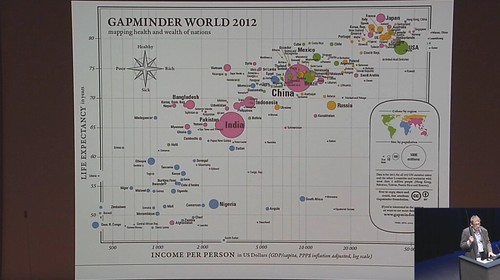 He went on to give an entertaining analysis of international financial trends by commenting on a photo of world leaders at the first G20 meeting in 2008 – again demonstrating that improving data literacy need not be a high tech affair. 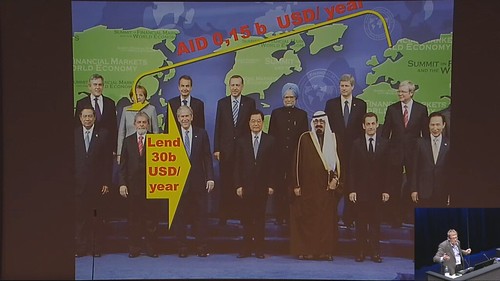 He concluded by urging open data advocates to “demand carbon dioxide data”, saying that every day he has been monitoring the shocking speed at which the polar ice caps have been melting this summer. 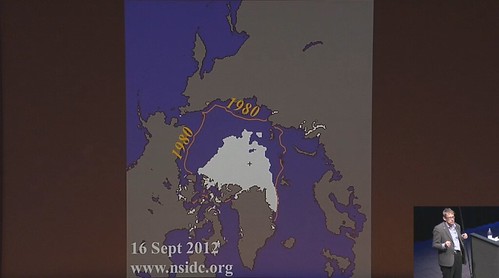 While OECD and other international institutions hold CO2 data, much of this is not public or behind a paywall. “Let’s go there and liberate it!” he said, suggesting that we need a “data driven discussion of energy and resources”. While there have been numerous CO2 related applications and services about individual behaviour and lifestyle choices, he appealed to app developers: “Don’t do only small apps, do apps for the world”.

You can watch the full talk from around minute 00:34 from the live stream recording.