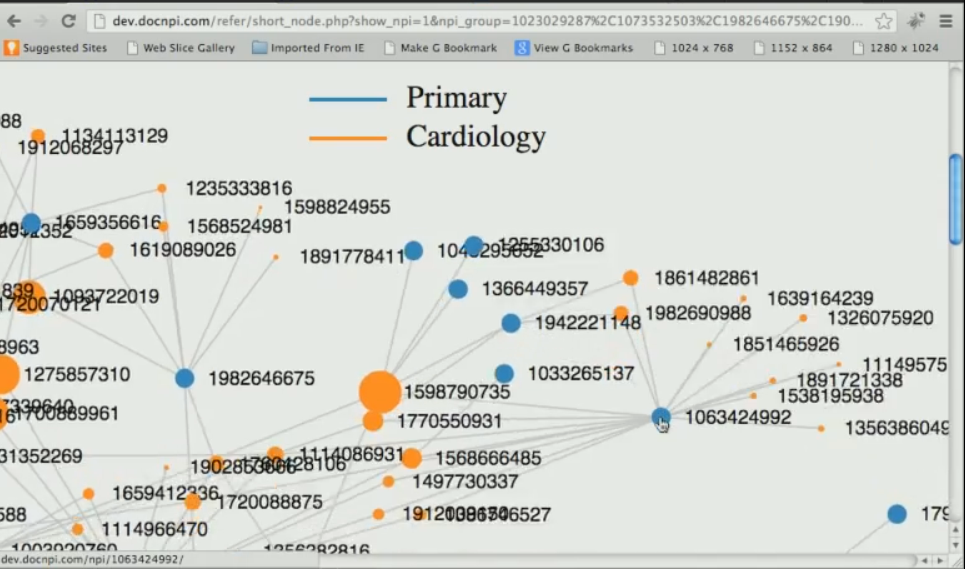 Here’s an interesting project using slightly unorthodox means to get data out into the open: crowdfunding the purchase of US healthcare data for subsequent open release.

The company behind the project is NotOnly Dev, a Health IT software incubator who describe themselves as a “not-only-for-profit” company. Earlier this year they released a Doctor Social Graph, which displays the connections between doctors, hospitals and other healthcare organizations in the US. The dataset used is billed as “THE data set that any academic, scientist, or health policy junkie could ever want to conduct almost any study.”

Our goal is to empower the patient, make the system transparent and accountable, and release this data to the people who can use it to revitalize our health system.

They’d acquired the data for that project through a whole load of FOI requests which they gradually stitched together – but to take the project to the next level they wanted to buy the State Medical Board report data for every state in the US. This data usually includes information on the doctors medical school, information about board certification and information on disciplinary actions against the doctor. In combination with what they’ve already done through FOI requests, this data has massive potential.

Yesterday the crowdfunding drive ended, and the project has raised well over its target of $15,000. So now they can get hold of the data, clean it up and release it back into the community openly.

But not right away.

The company have developed the idea of an “Open Source Eventually” license. The data, once purchased, will remain exclusive for another six months. Thus the incentive for funders is that they will have exclusive access rights during that period, before the data goes open (under a CC BY-SA 3.0 license).

NotOnly Dev reckon the “Open Source Eventually” license is “the perfect compromise” for securing the funds necessary to get expensive data out into the public. What do you think?

5 thoughts on “US Doctor Data to be “Open Eventually””