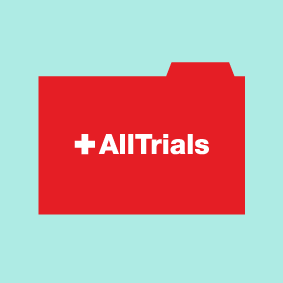 The award winning science writer and physician Ben Goldacre recently launched a major campaign to open up the results of clinical trials.

The AllTrials initiative calls for all clinical trials to be reported and for the “full methods and the results” of each trial to be published.

The Open Knowledge Foundation is an organisational supporter of AllTrials, and we encourage you to sign and share the petition if you have not already done so:

There have been some big wins in the past 48 hours. The lead legislator for a new EU Clinical Trials Regulation recently came out in favour of transparency for clinical trials. Today GlaxoSmithKline announced their support for the campaign, which, as Goldacre says, is “huge, and internationally huge”.

As well as continuing to push for stronger policies and practises that support the release of information about clinical trials, we would like to see a public repository of reports and results that doctors, patients and researchers can access and add to. We need an open database of clinical trials.

Over the past few days we’ve been corresponding with Ben and others on the AllTrials about how we might be able to work together to create such a database – building on the prototyping work that was presented at last year’s Strata event.

In the mean time, you can watch the TED talk if you haven’t seen it already – and help us to make some noise about the petition!

4 thoughts on “We Need an Open Database of Clinical Trials”