From curious citizens to journalists, tech-geeks to scientists, designers to data wranglers, hundreds of people got together to show support for and encourage the adoption of open data policies by the world’s local, regional and national governments.

Some met at one of the more than one hundred offline events organised all around the world from Norway to Uganda, other ones joined collective projects online, all working to write applications, liberate data, create visualizations and publish analyses using open public data. 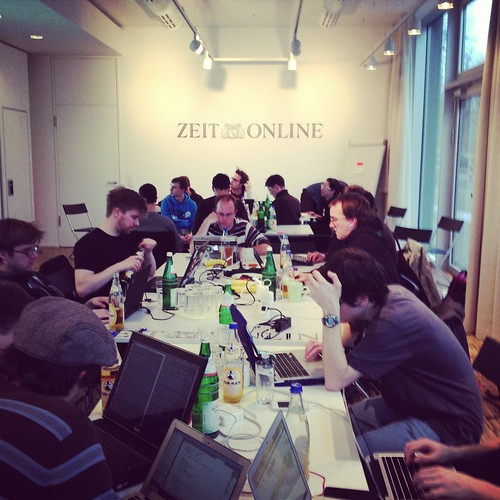 Lots of members of the Open Knowledge Foundation network organised (crowded!) offline events on Open Data Day. We invited them to share with us some of their outcomes, and we’re proud to list a selection of them here on our blog. 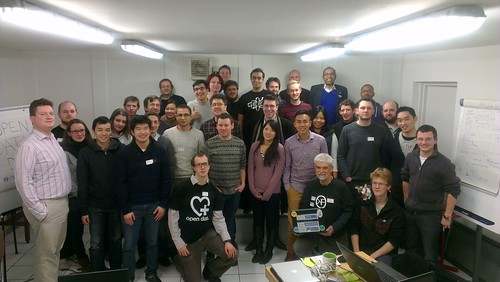 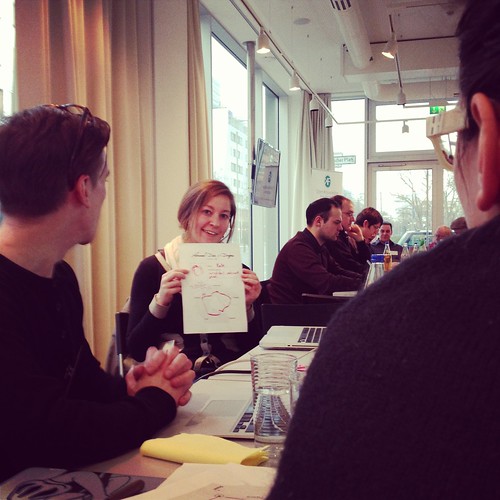 The Open Knowledge Foundation Deutschland organised an event at the Zeit ONLINE HQ (with the newsroom at work just behind the wall). Many projects kept the attendees busy during the day, including the Open Data Census, Frag den Staat, OffeneDaten.de, School of Data, and BundesGit. The day ended with a presentation of all the projects developed during the day, and a lovely global note. 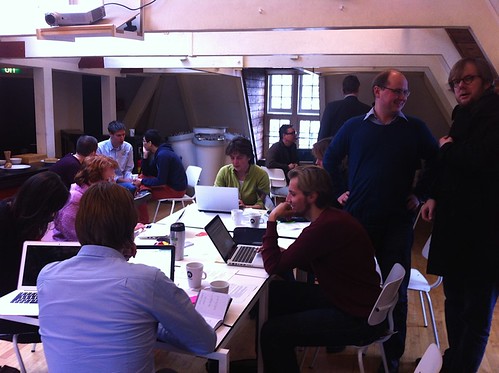 In Amsterdam, the Open Knowledge Foundation cooperated with the Waag Society to provide a full day of activities with and around open data.
As part of the OKF project School of Data, a team investigated so called ‘Letterbox companies’, companies registering themselves in the Netherlands without actually being based there only because of tax benefits (for example, Facebook). The Smart CitySDK project aimed to define services that can help open up data in the fields of Participation, Mobility and Tourism in various cities in Europe. Pictures and further details from the day are on the Dutch OKF Local Group’s blog.

The OKF Austrian Local Group organised a two-day event in Vienna, focusing on big data and poverty and transparency in public finance data. Representatives of the World Bank and the Development Department of the United Nations Development Programme (UNDP) joined the discussion on the use of big data analysis to inform the work of development organisations and policy makers trying to tackle poverty issues. Hacking time was dedicated to work on a variety of ideas, including the visualization of data from Austrian municipalities as part of the OpenSpending project. More about it on the group’s blog.

OKF France had a great Open Data Day in Paris. They learned about how to contribute to the global open database of food products Open Food Facts (slide deck, in French) and how to use open source mapping software QGis to map election results and movie shootings in Paris. They also identified data on energy consumption, released more data to their CKAN platform NosDonnées.fr and started the translation of OKF’s Data Journalism Handbook. Congratulations!

OKF Japan was involved as organiser or supporter of Open Data Day events in eight (!) cities: Tokyo, Yokohama, Chiba, Nagoya, Sabae, Aizuwakamatsu, Fukuoka and Aomori (prefecture). The day produced tonnes of outcomes, from the development of applications using open data, to the visualization of data focusing on Japanese cities and analysis of the published results. Simply awesome. More about it on their dedicated website.

And what about the Open Data Census Challenge?

Do you remember the Open Data Census Challenge that we promoted to celebrate this year’s Open Data Day? A blog post about it and the most recent Census’ development happened on Open Data Day is coming soon!

More than one hundred events took place on Open Data Day 2013, many of them organised by good friends of ours.
We were especially excited by the Washington event which brought together GovTrack, Sunlight Foundation, USAID, Millennium Challenge Corporation and The World Bank for a thrilling line up; the Dublin event, organised by the Open Data Ireland community, where ten projects were pitched ranging from Swing States (mapping historical projection of voting patterns) to Hospital Dashboard (comparing hospital waiting times for private and public patients by hospital); and the initiative coordinated by our friends at Fond Otakara Motejla, where they launched a campaign to get the Czech government to keep it’s open promises.